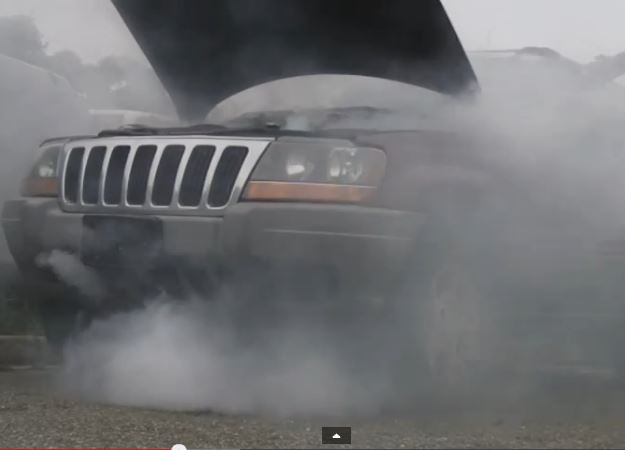 We sure do, we wrote about it frequently and predicted negative unintended consequences:

Seth Mandel at Commentary Magazine has an update, Speaking of Failed Big-Government Programs…:

The ongoing debacle that is the administration’s rollout of ObamaCare has reignited debate about technocracy and big-government liberalism. But Democrats who worry that their mode of coercive politics will be discredited by ObamaCare should be thankful it took this long.

A very well-timed reminder of this arrived yesterday from the Brookings Institution. Scholars at the left-leaning think tank analyzed the so-called “Cash for Clunkers” program, the 2009 “stimulus” program intended to get cleaner cars on the road by providing cash vouchers for those who trade in older gas guzzlers and buy newer, more efficient cars. The administration patted itself on the back when the program ran out of money, apparently pleasantly surprised that people took free money during an economic downturn. But Brookings confirms that this was, of course, a terrible program. Here are their major findings:

That last part just seems like pouring salt in the left’s wounds. Not only was the program a massive failure, but it was also, by the way, a taxpayer-funded subsidy for white homeowners–just in case the left reached for an “inequality” or race-based argument in a desperate attempt to shut down the debate on the program.

We have seen the future, and it is The Affordable Clunkcare Act.

Almost forgot about this early nonsense (off my own radar but immediately recognized by my youngest son as being the reason he couldn’t find a cheap used car). Now of course, we have rocket-launched jet-fueled clunkers.

How long before Obama gets in a snit and begins Barrycading hospitals and medical clinics?

its why its hard to find used parts for one of the vehicles (crown vics) that used to saturate the used part supply chain.

as a side note report other day shows we lost at least 10 bn on the GM government theft. forgot the link, sorry.

The UK just wasted $10 Billion on their National Health Service in an attempt to “upgrade / standardize” their IT systems.

The project was cancelled, with nothing achieved.

nice, if we don’t stop it we will be there soon.

I read that article about the $10 billion loss that the government recently took on stock sales of GM. It was reported on CNBC’s business news site, but it received barely a mention anywhere else.

Obama’s “successful” rescue of GM has cost taxpayers many billions of dollars already, and the government is still holding over 100 million shares of GM stock, which it plans to unload next year, and most likely will also sell at a substantial loss. And Detroit is still bankrupt, BTW.

that may have been where I saw it, just don’t remember for sure.
we took a soaking and are only going to lose more on it.

As I Tea Party activist, I am going to have to admit I was wrong about Obamacare being a failure. It is so bad, that failure doesn’t begin to define what it is. It’s a super-massive fiasco of historical proportions…the only thing missing is radioactive debris and a tidal wave.

Nothing another trillion, or so, won’t fix.

Think of it as a stimulus program for the IT industry.

Obama’s campaign promises are about as radioactive as one can get right now, and the millions of people losing their insurance might be willing to supply the tidal wave.

“Fiasco” implies that good intentions met with failure. The intentions here were not good. The law itself is a massive assault on the American people, particularly the middle class, and an assault on high-quality medical care.

The motivating intentions were destructive. The “fiasco,” from the Democrat standpoint, is that the destructive effects are becoming visible more quickly than they intended.

We can use the money Solyndra is repaying the Federal government to cover the cost of the Cash For Clunkers program. Wait…..

Time for obligatory “Fingers in my ears, I can’t heeeear you, lalalalala.” comment.

And the people who have been financially hurt by the lower availability of used cars and their parts are the exact opposite of the above group. Once again Obama’s reality was harmful to the people he gives lip service to.

I feel a Laser Focus On Jobs speech coming soon.

It killed the used car market. Conscientious upper middle income people tend to trade in the older, well maintained, low mileage cars that are in high demand on the used car market. This was the group best positioned to use cash for clunkers to accelerate their purchase of a new car. As a result most used cars coming onto the market in the months after cash for clunkers tended to have extremely high mileage.

It was so bad my neighbors found the only SUV they could afford to buy when the heavy road salt used here in the mountains killed their 1997 Pathfinder was a 2007 Honda Pilot that had been driven an average of over 50,000 miles a year. Their decade new Honda has only 40,000 miles less miles in total on it than the 1997 Pathfinder.

Yes it did kill the used car market. In many ways.

First, as NC Mountain Girl mentioned, the lower mileage, better maintained used cars that the program targeted were traded in on a faster timeline than the owners usually followed. Which of course meant that after the program was over, all that was left were actual clunkers.

But, let’s not forget, those nice condition, low mileage cars had to be destroyed. They were taken off the market completely. We’ve all seen the videos of perfectly fine automobiles having their engines blown up (environmentally nasty thing to do by the way). So now, someone looking for a low mileage, nice car, could not find one because they were being eliminated.

The effect of this was to drive the cost of used cars up. (I started in the car business a little after the program ended. Learned a lot from the used car guys about this).

The used cars traded in most were the ones that filled the mid range price category, $5,000-$8,000. After CFC, finding a decent used car suddenly had you spending over $10,000. Guess who predominantly used to buy under $8,000 cars?? You got it! The lower income folks and young kids just getting started. So after CFC, they had to spend more. The people who could least afford it.

Another way CFC hurt used car sales is often overlooked. During the program, many people opted for a new car instead of a used one. If you had a trade in that on a normal day is worth $1,000, but Uncle Sam is boosting that to $4,500 if you buy a new car, then most would opt for brand new. Even if the difference was only $1,000 more, it was easier to opt for new. Plus, the interest rate on a new car is lower than used, so many used car customers turned into new car customers.

Used car sales people would watch their customers move over to the new car lot, and to add insult to injury, the trade in would be destroyed, thereby reducing the used car inventory even more. Soon, the used car lot is empty, which made more people buy new.

So, a temporary boost in NEW car sales, but a drop in used car sales with a net effect of zero.

Plus, most of the buyers in CFC were in the market anyway. All they did was move their purchase decision. Most of those cars would have sold anyway.

That photo of the car brought back memories of a car that I recently traded in. It threw a rod about 6 miles from the dealer on the way to being traded in. The value plummeted from $3000 to $500.

And they like to decide which fish is best for you.

By removing relatively new cars from the roads, the program insured that much older cars would be driven for years beyond their normal lifespan. These older cars emit far more carbon.

Moreover, the poor people who buy these cars are stuck with higher repair bills because of the age of the cars.