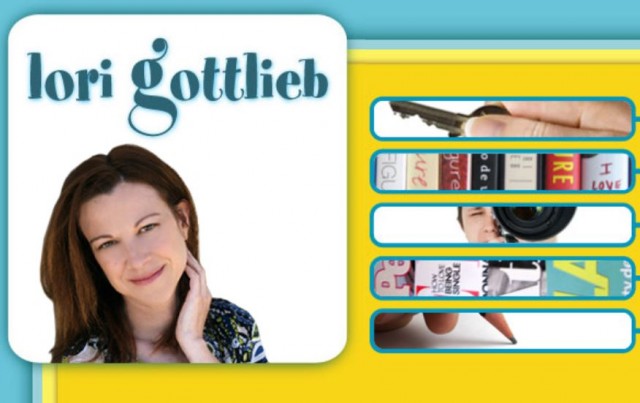 Lori Gottlieb, a writer at The Atlantic found out that she can’t keep her plan even though she liked it, and the new one will cost $5400 more.

Writing in The NY Times, she explained that her friends insisted her sacrifice was small compared to easing the suffering of millions helped by Obamacare, Daring to Complain About Obamacare:

THE Anthem Blue Cross representative who answered my call told me that there was a silver lining in the cancellation of my individual P.P.O. policy and the $5,400 annual increase that I would have to pay for the Affordable Care Act-compliant option: now if I have Stage 4 cancer or need a sex-change operation, I’d be covered regardless of pre-existing conditions. Never mind that the new provider network would eliminate coverage for my and my son’s long-term doctors and hospitals.

The Anthem rep cheerily explained that despite the company’s — I paraphrase — draconian rates and limited network, my benefits, which also include maternity coverage (handy for a 46-year-old), would “be actually much richer.”

I, of course, would be actually much poorer. And it was this aspect of the bum deal that, to my surprise, turned out to be a very unpopular thing to gripe about.

“Obamacare or Kafkacare?” I posted on Facebook as soon as I hung up with Anthem. I vented about the call and wrote that the president should be protecting the middle class, not making our lives substantially harder. For extra sympathy, I may have thrown in the fact that I’m a single mom. (O.K., I did.)

Then I sat back and waited for the love to pour in. Or at least the “like.” Lots of likes. After all, I have 1,037 Facebook friends. Surely, they’d commiserate.

Except that they didn’t.

Of course they didn’t commiserate.  Read her account of the “smug” reactions, the insistence that her $5400 was a small price to pay for covering others, and basically what a bad human she was for daring to complain.

That wasn’t just the reaction of her liberal Facebook friends.  Paul Waldman at the liberal The American Prospect called it “Maybe the most ridiculous Obamacare “victim” story yet”:

How terribly smug [of her friends], to think that the fate of millions of poor people who will now get insurance is as important as the suffering of this one person who might have to pay more for comprehensive coverage, and also happens to have access to The New York Times where she can air her grievances! If only it weren’t so “trendy to cheer for the underdog.”

Would it be too smug to suggest that her friends foot the bill for her? After all, she’s a single mom!  Why do liberals hate single moms?

How’s this for even more outrageous smugness.

Tax The American Prospect to help this lady.  It’s the right — and smug — thing to do.

Reduce tax exempt non-profits to actual charities. Charities that give at least 80% to the poor they are supposed to help.

Ah yes… the old, “but you get “free” maternity coverage, substance abuse coverage and free birth control so don’t whine even if you’re a 60 year old man who will be paying twice as much with higher deductibles” response.

Progressives aren’t just ignorant; that would be bad enough. They are black-hole stupid.

You forgot the free sex change.

And all this time, I thought Medicaid was in place to be the safety net for the poor. How did we ever get to this point?

LBJ’s war on poverty. It’s almost as successful as the Kennedy-Johnson War in Vietnam.

Actually, LBJ’s War on Poverty worked magnificently to achieve its real–not its putative–goal: It has created a government benefits-dependent underclass, and provided a myriad unproductive bureaucratic jobs disproportionately filled by favored minorities, that will reliably vote for anyone with a (D) after his name on a ballot.

I believe he was quoted as saying “I’ll have those ni**ers voting Democratic for the next 200 years.”

We elected a community organizer for President. That’s how.

And fasten your seat belts. This is just the beginning.

AND then mugged by the ThoughtPolice of the Collective for her ThougtCrime (noticing and reporting on reality).

Will it cause any enlightenment? Hard to say.

Wait a minute, do the standard plans have to cover sex change operations? Hadn’t heard that one before.

I don’t get it. Insurance will cover sex change operations, but not psychological counseling for homosexuals who’d rather be straight?

Psychotherapy for homosexuals wanting to escape their degrading, unhealthy vices would be politically incorrect. (Obama and the Dem Congressional leadership had to pay back their homosexualist constituency, in any case.)

Yep, we’ll cut off yer nutz or pull a section of intestine out and tell you it’s your new wanker, but we can’t counsel as to the folly of those ideas.

Choice is only allowed in certain instances.

Homosexuality, like every other cult, forbids you to leave the fold.

What’s even more disturbing is that recent studies have reported that over 40% of people who undergo sex-change operations end up committing suicide. What other medical procedure with this type of “success” rate would be approved by insurance companies?

They certainly must do so in San Francisco, by pre-obamacare city ordinance.

Y’all talk like it’s an optional thing. It’s a human imperative that cannot be denied! Wake up and smell the cloying perfume!

I came here to say that. “NEED a sex-change”?

Funny how confusing the whole LGBT thing is. With “L” and “G” we’re CONSTANTLY told that “God made me this way, and God doesn’t make mistakes!” When it comes to the “T” we’re suddenly informed that God DOES INDEED make mistakes, and it’s up to modern medical science to correct them through creative butchery.

(As for the “B” part of it, well, they just apparently don’t give a damn about anything.)

Betcha she’s an Obama voter who believed in Obamacare. It’s different when you find out you have to pay for it, isn’t it?

The Left is regrouping and preparing a counterattack wrt Obamacare. The compassion card looks like their weapon of choice.

The Left needs a buzzword like white privilege or heteronormative to slur and delegitimize opposition.

Yep, seems to be their weapon of choice on every other issue so they’re sure to try it here.

Fiscal conservatives need to be prepared with arguments why it’s not any of those things, and why in fact Obamacare is those things.

Poor thing didn’t get much sympathy from the Times’ readers, either! She must be feeling all alone right about now – Care for some tea, Ms. Gottlieb?

Well, when the employer mandate goes into effect, and all those smug insureds are in the same boat (i.e. dumped off of their current plans and into the exchanges), they’ll be singing a different tune.

It’s amazing to me that people are talking about this “individual market” fiasco as if it’s going to stay limited to that market. The plan all along and as it is written into the bill (er, law) is to make it cheaper for employers to dump employees into the exchanges, and that WILL happen to a couple hundred million people in the next few years. Business leaders have been saying this since they realized what was in the bill in 2009-2010; they will not pay for everyone to have coverage they don’t want or need, and nor, frankly, should they have to.

So when that ball drops, and employer-based insurance is rare outside of major corporations and their top people, everyone will be in Lori’s same boat, and she’s right, they won’t be so magnanimous about the extra expense when it’s coming directly out of their and their family’s pocket.

I have the solution.

Why didn’t Boehner the RINO think of that?

It may have to wait until Satan calls Harry Reid home.

If I have to pay mine out of pocket, I’m dead.

Thank you so ever much, Obama voters.

She is lying. People should note that Obamacare has no health insurance.

Another Liberal/Progressive who was all for it when they thought someone else was going to pay for it. In the words of B. Bunny, “what a maroon.”

I hope Ms. Gottlieb had the pleasure of voting for Obama twice. That would make my enjoyment of her predicament guilt-free.

Has anyone seen a comment on the Obamacare foul-ups from that health-care expert and Champion of the Middle Class, Michael Moore? I ask in all seriousness. I’ve no evidence of a peep from him.

The comments on the NYT story were amazing. The Times cut them off, but it was amazing how many people believe we should just stoically accept these huge increases just so the uninsured can get coverage with 40% copays and huge deductibles, most of which will effectively leave them still uninsured.

Stories like this bring out how out of touch the NYT readers are with the real world.

Yes, a lower- to middle-income family with a $12,500 deductible and 40% co-pay in practical terms is only insured in the most catastrophic cases and self-insured in the more routine cases of healthcare.

[…] As William Jacobson has pointed out, The American Prospect is a non-profit which pays no taxes. […]

The “non-profit” tax scam has become epidemic. We should limit tax deductibility to organizations which spend most of their contributions on a narrow range of charitable activities – none of which are “education” or publishing or political activism.

The ‘smuggers’ come out at night to shame people into financial submission to their idiocracy policies.

The supposed “millions” who are not covered are certainly well off in this country. And, they would be taken care of w/o them having to sell off their big screen TVs, microwaves, Lottery tickets and EBT cards on eBay.

Egalitarianism now means we are all screwed by the same government.

$5400 per year is easy to grasp. But the future value of that opportunity cost is huge.

Plug those variables into an annuity calculator. If she contributes $5400 per year that compounds at an 8% interest rate, at the end of the 40 years she will have an estate valued at $1,398,905 (excluding taxes, which is a horrible assumption since the government will never take it’s hand out of your back pocket, but it makes it easier to illustrate the point). After taxes it’s probably half that. Still a considerable sum.

The government is picking her pocket and reducing the value of her future estate by $1.4 million to enrich insurance companies and their lobbyists – all disguised as compassion.

The Democrat Party is essentially a legal organized crime outfit. Bernie Madoff would be proud of his party.

Dear Mz.Gottlieb: You’re shocked (SHOCKED..I say..!!)at the reaction of your ‘Likey friends’ on booky of the facey??

Lucky for him, he happens to have access to the non-profit American Prospect where he can air his grievance.

Or is it his shameless advocacy for Obamacare, despite who gets hurt? Well, at least his paper’s non-profit status is safe.

Let us not forget that federal law like Obamacare is wrong by design, an infringement of rights, regardless of its effects, good or bad.