But Obamacare is still broken. 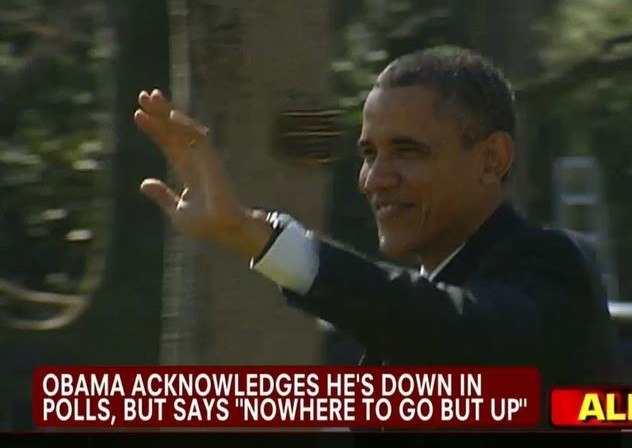 Operation Fixed Website is about to get under way.

Obama administration officials said Saturday they were “on track” to have the problematic ObamaCare website running smoothly by their self-imposed Nov. 30 deadline.

“With the scheduled upgrades last night and tonight, we’re on track to meet our stated goal for the site to work for the vast majority of users,” Centers for Medicare and Medicaid Services spokesman Aaron Albright told Fox News, in a statement.

Administration officials have since announcing the deadline qualified expectations and outcomes by repeatedly saying the site would work for the “vast majority of people.”

The Washington Post earlier Saturday reported the administration was prepared to announce Sunday that they have met deadlines for improving HealthCare.gov.

Fixed has been so far defined downward for healthcare.gov, that almost anything other than a 404 Error message is “fixed”.

Via NPR, How Will We Know If HealthCare.gov Is Fixed?

Saturday is the day the Obama administration set as its deadline for making HealthCare.gov a “smooth experience” for most users.

A tech-savvy team of engineers, database architects and contractors have been working through the holiday to ensure the White House makes good on that promise, but judging the success of their efforts may take some time.

How will we know whether the website is fixed? NPR’s health policy correspondent Julie Rovner says that partly depends on how you define “fixed.”  …

That’s the really frustrating part. I’m not sure we will, at least not at first. We do already know it’s working better than it was in October — which, frankly, was a pretty low bar to get over. The administration has all kinds of fancy metrics to show how well the website is working, but we don’t have our own independent access to them.

We do know a big test is likely to come on Monday, when people who have been talking to relatives over the long holiday weekend — or who wake up and suddenly realize it’s December and they want coverage in January — all try to sign on at once.

Or don’t all sign on at once, don’t fill out applications, don’t pay for it, or don’t actually get private insurance.

The website is a high profile example of Obamacare failure, but it’s merely the most visible.  The extraordinary percentage of people being put on Medicaid or insurance plans that do not include their doctors is a more meaningful measure.

Brit Hume’s wife — who doesn’t need insurance because it is provided by Fox News — tested the system. The website worked but the coverage options were horrible:

My wife signed on to ACA website today. Found only plans from Anthem Blue Cross. How many of her doctors in top plan available? Zero.

It does. She was just windowshopping“@kyjl89: I'm shocked that FoxNews doesn't offer her coverage through you. That's the real story here.”

I think I read before where the metric of an 80% success rate was considered a successful fix for now.

Can you imagine such a standard in the private sector?

So, let’s get our math books out and figure out the compensation here … oh, hell, let’s just do it the old fashioned way like I had to do it as a kid … doing times tables while walking through the snow to school and back home, uphill both ways … with no shoes.

Yes, and in what private company does the CEO get to claim he is not responsible?

Imagine the excuses from the CEO of 6-year-old Barack Obama’s Lemonade Stand as patrons complained of horrible stomach cramps and diarrhea.

I kid. He never ran so much as a lemonade stand.

That non-functioning web site is the least of obamacare’s problems.

I may spend part of my day testing the “fix”.

There is no truth from obama or his administration, and every obama administration promulgation is a lie or deception. obama instinctively distrusts truth.

This mat fool some of the technically challenged. I also suspect it’s going to be the source of a lot of ridicule among the young who expect basic technical competence. Not to mention embarrassment that they voted for these klutzocrats -twice.

Fun to see the Dems keep trying the “your old plan/doctor wasn’t any good, so that’s why you can’t keep it” line.

I just tried to register on healthcare.gov.

First attempt: ‘That username already in use.’ Username I used was admittedly plain.

Second attempt, with bizarre 20 character long username similar to [email protected]: ‘It appears an account with that email already exists. Return to home page, click on Forgot My Username.’ (Email? Username? Which is it?)

Gave up in favor of Flipper reruns on ANT TV.

[…] As William Jacobson has pointed out, they’re going to declare it fixed no matter what. […]

I know not many people will know this song but Henry Rollins sums up President Obama quit nicely in the #13 Best Hard Rock song, “Liar”.

PS This video might just be a bit understated for our reality!

What a fustercluck. The truly scary thing is that that pathetic joke of a website is the least of our concerns. Zerocare itself is BAD – “broken as designed” ~