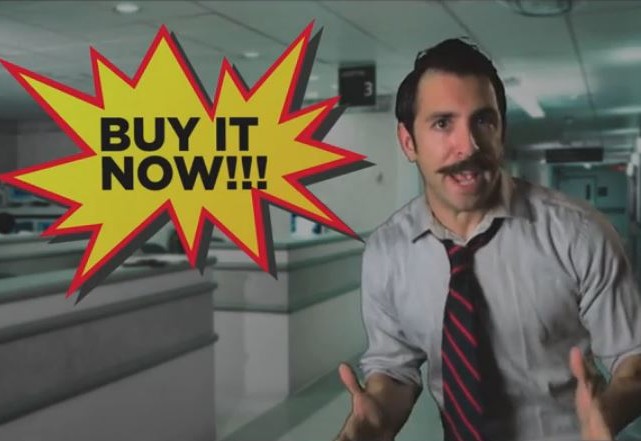 Booking fictitious sales, or sales that are contingent, falls within a common definition of accounting fraud.

In yet another example of how poorly things are going, the Obama administration will count as enrollees people who have completed the application process, but not yet paid, via WaPo:

The fight over how to define the new health law’s success is coming down to one question: Who counts as an Obamacare enrollee?

Health insurance plans only count subscribers as enrolled in a health plan once they’ve submited [sic] a payment. That is when the carrier sends out a member card and begins paying doctor bills.

When the Obama administration releases health law enrollment figures later this week, though, it will use a more expansive definition. It will count people who have purchased a plan as well as  those who have a plan sitting in their online shopping cart but have not yet paid.

“In the data that will be released this week, ‘enrollment’ will measure people who have filled out an application and selected a qualified health plan in the marketplace,” said an administration official, who requested anonymity to frankly describe the methodology.

Does this mean I have to pay for all the stuff in my “cart”?

To top it off, James O’Keefe mounted an undercover operation which caught a “navigator” trainee suggesting a fraudulent application be submitted:

Andrew lives, pray to God James crossed the all the t’s.

Can I avoid the tax as long as I keep a plan in my cart?

You’d have to be crazy to give them your personal information in the first place. If they want to fine me, they’re going to have to find me.

In April, if I go to the IRS web site to download tax forms… that counts as paying my taxes, right?

I have dozens of items in carts across the net as yet I have not bought them. I never will because I changed my mind.

I hope they all turn up next week as a gift.

Thank you for exposing the corrupt folks just down the street from us all here in Texas. Guess I gotta do my part and email the mayors of Dallas and Fort Worth, the governor and the attorney general and ask them to prosecute this fraud.

By the way, you can leave an opinion for the Governor at http://governor.state.tx.us/contact/contact.aspx

and you can email AG Abbott at

I actually tweeted about this type of statistic over a month ago, being concerned that the Obama(care) admin would do this. On 4th Oct, I asked MiamiLib the following in response to a CNN report about 11K having enrolled in one state: “And who exactly was the ACA rep and how were those numbers verified? Were those of site hits or Enrollees who got a policy?”
I always suspected that the Admin was going to cook the numbers to reflect those who had bought and those who merely had it in a cart. But we know that there are only 50K or so true enrollees at this point and that’s about 1/10th of what they were expecting in full enrollees at this point.

By now, isn’t mentioning fraud and Obama in a sentence overly redundant?