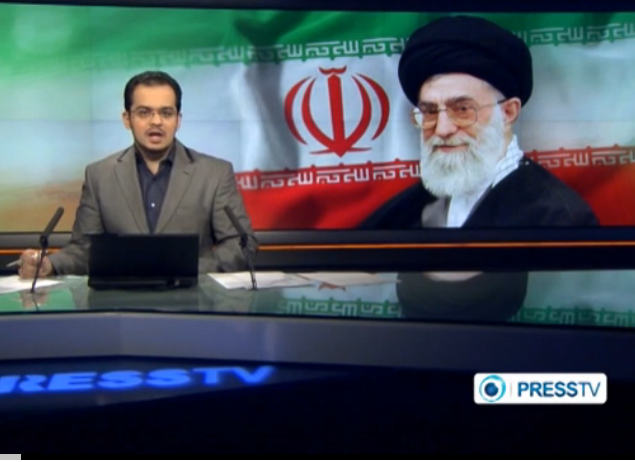 The nuclear agreement with Iran is being touted by the Obama administration as a significant step in keeping Iran from moving towards nuclear weapons.

In reality, the agreement is confirmation of Iran’s uranium enrichment program at a relatively high level, although some of the highest level enrichment is supposed to be suspended. The fact is that in return for a weakening of sanctions that were putting great pressure on Iran, the centrifuges keep spinning, the facilities are maintained, and at best the length of time for an Iranian nuclear “breakout” has been lengthened for a short period.

Eli Lake at The Daily Beast notes the significance:

Under the interim agreement Iran will be allowed to enrich uranium at low levels. Iran’s foreign minister, Javad Zarif said the deal recognized his country’s nuclear program. This is a major victory for Iran whose leaders have insisted for nearly a decade that it has the right to enrich uranium under the Nuclear Non-Proliferation Treaty. Officially, the Obama administration has not recognized that any country has this right under the treaty. It has argued that Iran has to adhere to the terms of prior U.N. Security Council resolutions that prohibit Iran from enrichment.

It is smoke and mirrors, allowing the Obama administration to declare diplomatic victory, change the subject, and create the straw man argument that anyone opposed to the agreement wants war.

Krauthammer: "a deal that is absurdly asymmetric: The West would weaken sanctions in exchange for cosmetic… http://t.co/qUf8mC31Vl

NYT: 'deal does not roll back vast majority of advances Iran made in past 5 yrs, which have drastically shortened…‘dash time’ to a bomb'

The agreement also assists the Mullahs in the continuation of their rule, as it eases economic pressures. The assurance of Mullah rule always has been a part of the Obama negotiating strategy dating back to the abandonment of the freedom protests in 2009.

The Iranians are touting the agreement as recognition of Iran’s right to enrich uranium and a great victory over Israel:

On the great Iranian victory Benjamin Netanyahu agrees with the Iranian assessment. Neither the Iranians nor the Israelis are drinking the Obama administration’s Kool-Aid

PM Netanyahu: "What was achieved last night in Geneva is not an historic agreement; it is an historic mistake"

Sanctions that required many years to put in place contain the best chance for a peaceful solution. These sanctions have been given up in exchange for cosmetic Iranian concessions that can be cancelled in weeks. This agreement and what it means endanger many countries including, of course, Israel.

Israel is not bound by this agreement. The Iranian regime is committed to the destruction of Israel and Israel has the right and the obligation to defend itself, by itself, against any threat. As Prime Minister of Israel, I would like to make it clear: Israel will not allow Iran to develop a military nuclear capability.”

This interim agreement is badly skewed from America’s perspective. Iran retains its full capacity to enrich uranium, thus abandoning a decade of Western insistence and Security Council resolutions that Iran stop all uranium-enrichment activities. Allowing Iran to continue enriching, and despite modest (indeed, utterly inadequate) measures to prevent it from increasing its enriched-uranium stockpiles and its overall nuclear infrastructure, lays the predicate for Iran fully enjoying its “right” to enrichment in any “final” agreement. Indeed, the interim agreement itself acknowledges that a “comprehensive solution” will “involve a mutually defined enrichment program.” This is not, as the Obama administration leaked before the deal became public, a “compromise” on Iran’s claimed “right” to enrichment. This is abject surrender by the United States.
—John Bolton

I tend to agree with Bolton.

The world, and especially the region, just got MORE dangerous.

Bolton is on the mark: “So in truth, an Israeli military strike is the only way to avoid Tehran’s otherwise inevitable march to nuclear weapons, and the proliferation that will surely follow.”

Somebody ask Kerry – “How Exactly will the United States respond when Tel-Aviv disappears under a nuclear fireball?”

I want to hear what the asshole says.

Call the Scientists who handle the doomsday clock.
Ask them if it comes with a snooze button?

The Doomsday Clock only gets attention when a Republican is President.

I have no idea as to what has hit the airwaves and web recently concerning the predominant Sunni nations ‘warming’ to Israel AND Israel’s “protection” in the area.

If, IF that is in fact true, THAT may be the ONLY, shall I say, “good thing” to come about with this Barry Tilting At Windmills diplomacy(?) in the Middle East.

The only thing I think I know, OR is true is, Sunni despises Shia. Gee to bad eh, Persia.

All I know is Iran was trembling like a virgin on wedding night when Iraq was invaded. But mission creep hinted to them that there was no bogeyman. Now “purple heart” Kerry has admitted that we are not the strong horse. Hell, we’re not even a horse.

We need Bolton back in a position of power.

On top of that they’re facilitating 1.5 billion in ‘aid’, presumably from taxpayers pockets.

Any idea how many Americans could benefit from that same 1.5 billion. You see, they like the ayatollahs better than they do US citizens. Bah!

Maybe a new compact will form in the ME. I hope so. That will be the end of Obama’s “foreign policy.”

So, any bets on whether or not Iran tests it’s first nuclear missle/explosive before or after Obama finishes his term? Whichever it is it will be par for the course for the backstabber in chief. Now I really hope Israel is prepared to deal with a nuclear armed Iran!

Are you all still in outrage mode?

Try looking at the dynamics behind it . It is like any card game , a deal was done & the stronger hand won out. Any ideas on the forces at play? Nope you just go on about Israel who did not seem to even be at the table this time.

I don’t know about anybody else, but I’m still in outrage mode, and I will be until either this is fixed by an Israeli military strike (and Bibi giving Obama the Finger) or Iran openly declaring that Iran possesses a nuclear weapon, which should immediately result in a Kerry impeachment from Secretary of State.

Israel wasn’t part of the negotiations because Iran won’t negotiate with Israel period, on anything; denying Israel’s right to exist as a nation. In theory, Israeli interests were supposed to be represented by the United States bargaining position due to our longstanding “special relationship.”

The forces in play are pretty straight forward: Iran on one side, and US/Saudi/Israeli interests on the other. Obama has ALWAYS had the stronger hand, but refuses to use it. He, as most Marxists, is of the worldview that ‘there should be no superpowers’ and without superpowers each country will keep others in check.

That only works if the countries have rationally based goals. Iran’s goals, while self-interested, are not rationally based, but based on old grudges and newly found ideals of hegemony in the Middle East: ruling other close nations by influence.

A nuclear-armed Iran will be the 800-pound gorilla in the region, and will cause the other localized nations to fall into line, with the goal of bringing Saudi Arabia to heel and reforming an “ummat al-Islamiyah” aka a supra-national community based on Islam and Islamic law as the Iranians (Persians) see it. Once that is accomplished, Iran becomes the central hub of a UN voting block, and control of most of the Middle East Oil generation, leading to world policy influence.

Thanx . I would only question the Obama having the upper hand .

The US / Israel / Saudi axis is not winning any new friends primarily because of Saudi Arabia. IMO the dynamics are against Saudi influence more than anti Us/ Israel.

Rather than forcing us to choose Sunni vs Shiite we are given this choice. Those at the table chose Iran/ Syria / Hizbollah / Iraq not because they like them but to move against the Saudis.

Pres. Peace Prize and Secretary of State Marry for Money have now agreed Iran can violate

UNSCR 1803 (Iran to stop all enrichment and/or centrifuge activities),

UNSCR 1835 (restatement of prohibition of enrichment activity for Iran),

But Pres. Thin-skin is the darling of the UN and international thumbsuckers even today.

Is this a treaty or not a treaty? And if it is a treaty Constitutionally it requires Senate confirmation. Otherwise I pray that the Senate develops some and tightens up the sanctions and make the mullahs squeal. They only understand power.