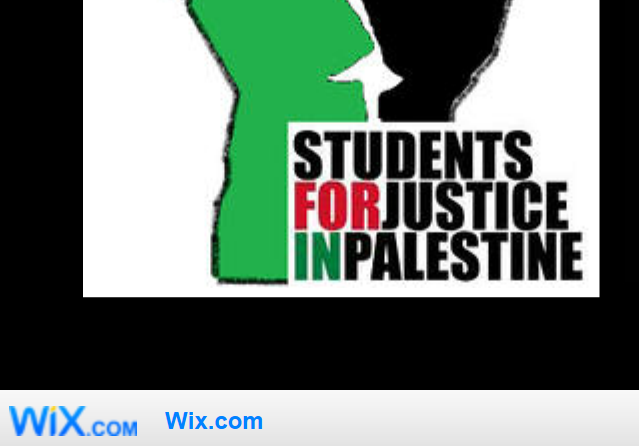 It’s hard being a principled member of the anti-Israel Boycott, Divest and Sanction movement.

With Israel being a leader in computer, medical and other technologies, one would have to enter a time machine back to the 1950s to truly boycott Israeli products.

The Cornell Students For Justice In Palestine is a typical anti-Israel campus group, spewing half-truths and lies about the history and politics of the Israeli-Palestinian dispute.

The Cornell SJP is a big supporter of BDS.  Cornell SJP, supported by many faculty, tried to stop Cornell from opening a joint campus in NYC with Israeli technology university Technion. It didn’t work, and the new campus is moving forward.

But Cornell SJP is not above using Israeli technology company Wix.com to build its website.

Wix is a successful Israeli start up that went public earlier this month, raising over $122 million.  Here’s a Wix promo video:

There’s principled BDS, and then there’s plain old haters who use BDS as a tactic. Cornell SJP apparently falls into the latter column, using an Israeli company for its website because … it’s free!

Cornell SJP apparently is catching a lot of mockery for its hypocrisy.

We support our beloved @CornellSJP ppl. It's ok to be hypocrites and build your #BDS website w/ Israeli @Wix, we do it all the time

So much so that it has seen fit to explain it’s position #SorryNotSorry: Why Boycotting the Boycott Fails on its separate WordPress blog site, of course (h/t Honest Reporting):

Since last week, Students for Justice in Palestine Cornell has been the target of a minor smear-campaign, linking the group to an Israeli company.

A small number of students at Cornell University and other voices in the Twittersphere have been loudly noting the Israeli origins of WiX – the hosting company we use for one of our websites. The basic claim seems to be that any use of Israeli products hypocritically contradicts our support for the 2005 call for Boycott, Divestment, and Sanctions (BDS) issued by Palestinian civil society. While we hope such convoluted reasoning is evident to thoughtful people, we do not wish to dismiss these claims out of hand. Since the international campaign in support of BDS is one of SJP Cornell’s main reference points, we welcome the opportunity to clarify our position….

BDS is a tactic, not a principle, let alone a call for abstention. The charge that any contact with Israeli products negates the logic of BDS can only be made by people who do not understand what BDS actually is, how it’s worked in the past, or why Palestinian civil society is calling for it now.

The idea that supporters of BDS must avoid contact with anything Israeli not only misconstrues the nature of BDS, but also contorts the idea of politics in general. Politics is about making change in the world, not shying from contamination to keep oneself pure.

Got it. You’ve made yourselves perfectly clear.

This is not really a posting then. I just wanted to say that from the beginning just in case anyone feels that I might actually agree with what I am saying.

“Politics is about making change in the world, not shying from contamination to keep oneself pure.”

“not shying from contamination to keep oneself pure.”

Umm, gee gosh, me thinks I just committed “micro-aggression”. with my previous comment.

So – can I assume none of these students belong to Alpha Epsilon Pi?

BDS is a tactic, not a principle, let alone a call for abstention.

So, how do you boycott without abstaining?

Does anyone here speak Nuance?

I was going to quote this one too, but my thought is this, what then dear BDS is the principle? I am not sure hypocrisy is a principle.

Both Intel and AMD have big presences in Israel, and Apple just bought up another Israeli tech company. I guess computers aren’t an option for them at all. In factthey’d better write off using technology of any kind, Israel is a hotbed of tech growth, research, and production.

Got to swap a couple words here: “Cornell Students for Palestine inJustice”.

I think it’s more like Cornell Patsies for Jewish Slaughter.

By the way, Wix.com doesn’t *force* you to make such crappy website as Cornell’s SJP. Unless, of course, they did it on purpose to turn people off Israeli technology.
But I think they just have trouble recruiting competent web designers to their cause. Which is a good thing!

If Cornell SJP ever needs any legal help, I know a good Jewish lawyer/law professor who is nearby.

How about CSJP building their software on that great Arab portal, er, um, uh…..

Politics is about making change in the world, not shying from contamination to keep oneself pure

This tips their hand to tactics of progressives. They don’t need to comply with truthful means, since the ends justify the means, whatever the means are.

How can anyone claim that a boycott is a “tactic” without acknowleding that it requires disassociation with the target? I’ve seen all sorts of spin and PR management, but this really falls to a new low. BDS refuses to state clearly what they are trying to do when it becomes inconvenient, and they try to take refuge in some truly inverted logic.

“The charge that any contact with Israeli products negates the logic of BDS can only be made by people who do not understand what BDS actually is”. Well, it’s really not too difficult to figure out – Boycott, Divest, Sanction. If you purchase something from (or use something of value originating from) the boycott target, you’re ignoring the boycott.

But the topper has got to be “Politics is about making change in the world, not shying from contamination to keep oneself pure.” Merriam-Webster.com gives the definition of politics as:

the opinions that someone has about what should be done by governments : a person’s political thoughts and opinions”

1.
the science or art of political government.
2.
the practice or profession of conducting political affairs.
3.
political affairs: The advocated reforms have become embroiled in politics.
4.
political methods or maneuvers: We could not approve of his politics in winning passage of the bill.
5.
political principles or opinions: We avoided discussion of religion and politics. His politics are his own affair.

Before one makes statements regarding definitions, one should make sure one is not standing on a column of hot air.