As if almost any nuke agreement with Iran is good enough

As if almost any nuke agreement with Iran is good enough 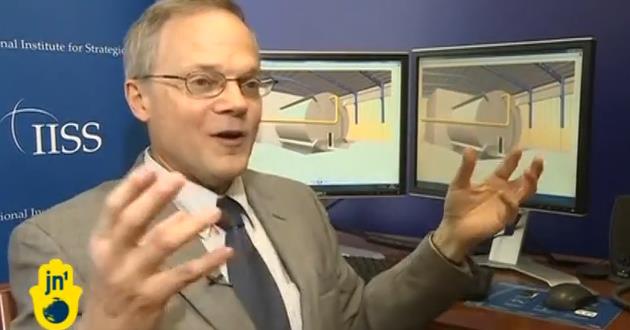 There is a campaign in the United States favoring a nuclear deal with Iran.

We have seen in it the news pages of the New York Times.

It’s been noted that Thomas Erdbrink, the Tehran bureau chief of the New York Times is making efforts to portray Iran as a changed country since the election of President Hassan Rouhani, whether the evidence supports it or not.

The New York Times in a profile of Lakhdar Brahimi, the UN envoy to Syria, doesn’t once mention Iran. When an Iranian general, Qasem Solemeini is described as the effective ruler of Syria if not the most powerful man in the Middle East, the oversight is inexcusable. The only reason to obscure Iran’s involvement in Syria is in support of a narrative that Iran is no threat to the world in general.

In addition to whatever support the “make an agreement with Iran” movement got in the news section, it has gotten plenty in the opinion section. Last week, Paul Pillar wrote Diplomacy is key to a deal with Iran for the Washington Post. The heart of Pillar’s argument was:

The principal purpose for which Iran might seek such a weapon is deterrence against attacks on its homeland. This is the main reason that threats of military strikes are counterproductive. It is also why the likelihood of an Iranian bomb would recede if the West developed a relationship in which the Iranians believed they could live comfortably over the long term and in which the prospect of a military attack against Iran also recedes.

A focus on “breakout capability” and recitation of the mantra that “a bad deal is worse than no deal” overlook the enormous disincentives that Iran would have to renege on any agreement with the five permanent members of the U.N. Security Council and Germany — the “P5+1” — that helped to establish such a relationship. Iranian cheating would mean a redoubling of the political incentives in the West, and especially the United States, that have made it far easier for politicians to impose sanctions on Iran than to remove them. Iranians would be thrown right back into the economic vise they clearly want to be out of.

Reneging on an agreement also would go directly against the declaration of Iranian Supreme Leader Ayatollah Ali Khamenei that “production, stockpiling and use” of nuclear weapons are forbidden under Islam. A clear Iranian violation and movement toward a nuclear weapon therefore would involve almost as much of a loss of face for the supreme leader as it would for him to give up altogether Iran’s uranium enrichment program, as hard-liners in the United States and Israel unrealistically demand.

Put another way, the only reason that Iran would seek a nuclear weapon is because it’s insecure. Reassure Iran that we’re its friend and it will, of course, forgo its aggressive nature. This a psychological argument that assumes that there’s no reason to fear Iran. That, of course, ignores Iran’s role in Syria and, more generally, the role of the Iranian Revolutionary Guards in international terror.

Pillar’s argument that it is easier to “impose sanctions on Iran than to remove them” doesn’t make sense. Imposing sanctions is easy enough if that means passing laws imposing them, but the real trick is in implementing them. If sanctions are lifted, getting any number of countries to re-impose them will be difficult.

Pillar also cites the “nuclear fatwa.” MEMRI raises serious questions whether any such fatwa was ever issued. When Supreme Leader Khamenei was questioned about the fatwa, he answered, “Your letter has no jurisprudential aspect. When it has a jurisprudent position, then it will be possible to answer it.” That was a denial that he had ever issued such a fatwa. Even if the fatwa existed, Patrick Clawson writes, “Past proclamations about the matter, like all fatwas issued by Shiite clerics, can be revised under new circumstances.”

This week, Pillar’s op-ed was followed up by Ambassador Ryan Crocker writing Talk to Iran, it Works for the New York Times.

They were also strong proponents of taking action in Afghanistan. We met through the remaining months of 2001 in different locations, and Iranian-American agreement at the Bonn Conference on Afghanistan was central to establishing the Afghan Interim Authority, headed by Hamid Karzai, now the president of Afghanistan.

I continued to hold talks with the Iranians in Kabul when I was sent to reopen the United States Embassy there. We forged agreements on various security issues and coordinated approaches to reconstruction. And then, suddenly, it all came to an end when President George W. Bush gave his famous “Axis of Evil” speech in early 2002. The Iranian leadership concluded that in spite of their cooperation with the American war effort, the United States remained implacably hostile to the Islamic Republic.

I’ve read other criticisms of President Bush for his “axis of evil” speech, but Michael Rubin explained why Crocker’s assessment of the speech was wrong.

Never mind the fact that Iranian rhetoric toward the United States is ten times worse on a normal day. It’s important to consider what Crocker leaves out: In the months before President Bush’s “Axis of Evil” speech, Bush received word—intelligence about which Crocker was unaware—that Iran was creating a secret enrichment facility at Natanz. At the same time, after a hard-won ceasefire between Israel and the Palestinian Authority, Iran was busy seeking to smuggle in 50 tons of weaponry into the Gaza Strip. In effect, Crocker is like the blind man describing the elephant, willing to amplify the description of one aspect of Iranian behavior into wide-ranging conclusions, seemingly unaware that honest description of other parts of the beast suggested the opposite.

Nor does Crocker consider why Iran did cooperate in even a limited fashion in Afghanistan. Prior to 2001, Iran embraced a strategy of ethnic and Shiite solidarity in Afghanistan, in effect concentrating its efforts on the west, center, and north of the country. After 9/11, it decided it could exert its influence through the entirety of the country, in effect out-competing the United States.

Pillar’s and Crocker’s arguments no doubt are the arguments of the administration, that we must rebuild trust with Iran (despite countless reasons for us to distrust Iran) and working with them in the past helped us (even though the help was limited.)

I’ve seen skepticism of Iran in Washington Post editorials but, in general, the mainstream media love historic opportunities no matter how misguided or counterproductive the opportunity is.

Last week, however there was a comprehensive and skeptical op-ed, How to negotiate with Iran, in the Los Angeles Times, written by Michael Makovsky, Eric Edelman and former Obama administration adviser, Dennis Ross. The op-ed argues that any agreement that does not fulfill five requirements is a bad deal. Those five elements are: Iran must address all outstanding issues that concerned the IAEA (especially about Parchin); Iran must be transparent about its nuclear work in the future; “rolling back” Iran’s capacity to produce sufficient enriched uranium for a nuclear weapon; impose a strict inspection regime;  and finally, do not allow Iran to stretch out its compliance while it continues to enrich uranium or pursue other aspects of a nuclear weapons program.

Unfortunately, like much of the media the administration sees Iran and only sees the word “historic,” but not “disaster” as a way to describe any agreement. It is much more likely that the administration’s negotiation strategy will be informed by Crocker and Pillar than by Ross.

The only diplomacy that is key to peace with Iran comes riding in on a Patriot missile.

We did a trial run of something like what the NYT is panting for with North Korea a few years back. Worked well, too, the Norks completely gave up on try to build nuclear weapons, ev’ryone knows that.

Wasn’t the time for a nuclear freeze deal with Iran back in 2009? After all the Iranians have had four more years to work on the various parts of the problem. It’s just engineering, it’s not like they need to invent new science. Put reasonably smart people on the project, give them the tools they need, and let them work and they’ll eventually solve the problems.

Iran is much closer to having a functional nuclear weapon today than they were in 2009. Why would we expect them to give that up in exchange for a “deal”? What’s in the deal for them that is worth giving up what they’ve struggled to build? In that vein, the LAT article on “How to negotiate with Iran” misses element number 6: the deal must make sense to a five year old, on either side. What we’re “offering” Iran doesn’t provide them with any incentive. They’d much rather soldier on.

Iran wants nuclear weapons because they want regional hegemony. It’s part of the millennial old war between Shi’a and Sunni. With nuclear weapons Iran can badger and bully the Gulf states, including (especially) Saudi-controlled Arabia. Iran doesn’t have to use the weapons, they just have to brandish them. It changes completely the diplomatic calculations in the region in a way that strongly favors Iran.

Oh, and there is the odd chance that Iran is serious enough about dealing with the “Zionist entity” that they’d nuke Israel. I don’t think that’s the plan, I think the Persians are playing a longer game.

What would we offer Iran (name something) that’s better than getting regional hegemony with the possession of nuclear weapons?

That’s why this whole thing is silly. We can’t make a deal because we have nothing to offer, and the Iranians know it.

A niggling little thought that I like to bring up every so often: is it really a good idea to let a country ruled by fanatics who encourage suicide bombing develop the means of building a doomsday device?

its funny, in a really bad way, how we seemed to have forgotten the institutional knowledge we in the military had about Iran in the 80’s.
we knew, and had some briefs/training on, that we may have to fight them. We knew even then they were fighting us by proxy by funding groups.
I have said for decades Iran is our most volatile enemy and we needed to wipe them out.
I stand by that still, and I mean wipe them out.

Perhaps once the radioactive dust clouds settle, people will finally understand that the major cause of War is Diplomacy.

The only peace with Iran come upon the impact of a peacekeeper missile in Iran.