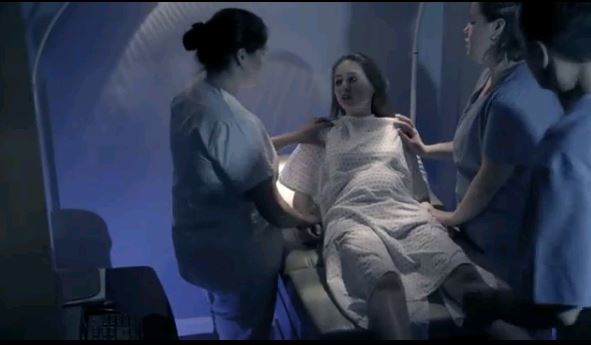 A song from John Elefante formerly of the group Kansas.

It’s not often we hear pro-life songs coming from established rock artists. For those of you who don’t remember, we played this song several months ago, when I asked, Would Seals and Crofts be allowed to sing Unborn Child on campus?

We call it “abortion”

They call it what it is, and always was-

By “they” I mean…the Progressives.

Eugenics is in fact euthanasia, voluntary or involuntary. It is the culture of death.

I am pro-choice because I find the reasoning in Roe v. Wade persuasive: a grant of power to the State to interfere with an abortion decision is a grant of power to coerce abortions. There is no mitigating what this decision is, and the decision of whether or not to abort a baby is best made on a case-by-case basis, and by the individuals most directly affected.

When Roe v. Wade was first published, people made the objection that “that could never happen here,” but then we became aware of China’s population control policy, and saw coerced abortions on a governmental scale.

I’m for keeping Roe in place. I am also very much in favor of teaching young people about their responsibilities, and the consequences of their actions, preferably BEFORE they do something irrevocable. These stories and songs belong on campus.

… the decision of whether or not to abort a baby is best made on a case-by-case basis, and by the individuals most directly affected.

How does that work when the individual most affected is excluded from the decision?

If Obamacare is fully implemented as written, it will be no problem in the future for the State to either deny or force abortions as they see fit, so to make the “best use of funds.” Now that they control health care, they control everyone’s body. It will no longer be “a woman’s choice.”

Thanks, Professor. It’s been good to see you growing stronger on defending life over the years. Isn’t is true that, once the enormity of this crime is impressed on the soul, one cannot place this aside as just another issue.

I am speechless. This is wonderful and amazing.

This is the story of my son. His birthfather wanted his birthmother to have an abortion. She chose life.

I cannot support abortion because of the ambiguity on precisely when a human life begins, and I don’t have the chutzpah to declare my opinion on the question sufficient justification to kill a baby.

I (a christian) respect that and thank you.

Further ‘white crow’ irony: My wife is a Christian, Sunday School teacher, and a listed Cherokee to boot.

“Life” exists even before conception. Cells are “alive”. Consider what we little humans just do not know. 1 Kg.8:12, 2 Chronicles 6:1 The creator of light and life — and white crows — dwells in the dark. Our language is primitive, and confused by flawed analysis and assumptions.

So, you oppose the removal of cancer tumors because the tumor is alive?

been playing this over and over on my site
http://www.theconservativevoices.com/topic/60619-john-elefante-this-time/
it is so powerful.

abortion never should have strayed from a medical procedure (when mothers life an issue) to become the birth control method it is.

Try this one too: “Blue Eyes Like Janey’s”
https://www.youtube.com/watch?v=tYIvVmOqrII