I’ve answered this question before.  He knows, he knows.

I enjoy your blog immensely and I’m glad that Cornell Law students get to hear at least one conservative viewpoint from the faculty. When I was there in the mid 1990s, we had Jonathan Macey and Jim Henderson.

I suspect that being a conservative in Ithaca has gotten tougher since then, if the tone of liberal politicians and media types generally is any indication. I encountered some people who thought I was misguided politically, but nobody who was overtly hostile or contemptuous.

I have attached a photo of a bumper sticker taken at my office in Branson, MO. It belongs to one of my neighbors.

Keep up the good work! 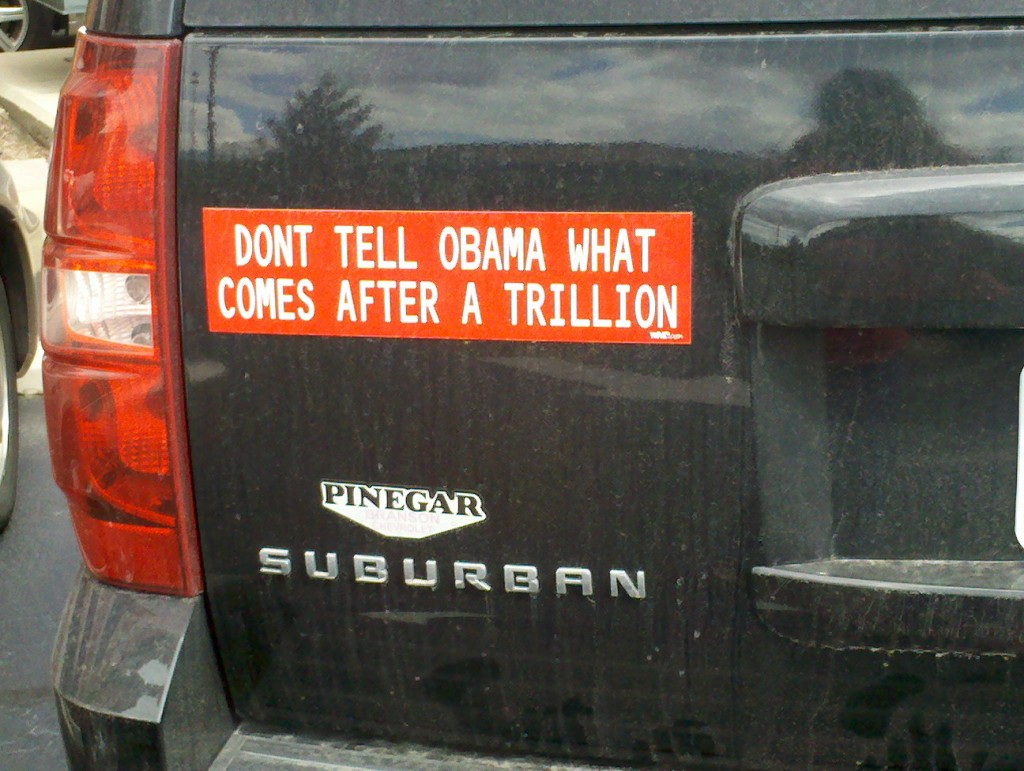 Obama’s NSA is way beyond what comes after a trillion.