Saturday Night Card Game (For Chris Matthews, the race card keeps on paying, and paying, and …)

Saturday Night Card Game (For Chris Matthews, the race card keeps on paying, and paying, and …)

Chris Matthews loves to hate on the Tea Party and “right-wing” for supposed racism and other isms and phobias.

Matthews claims to be opposing hate but exposes his own hate by inventing a reality which exists mostly in his own mind.

His ability to see racism is legendary… in his own mind:

Which is why he is such a frequent topic here:

His schtick has paid off: 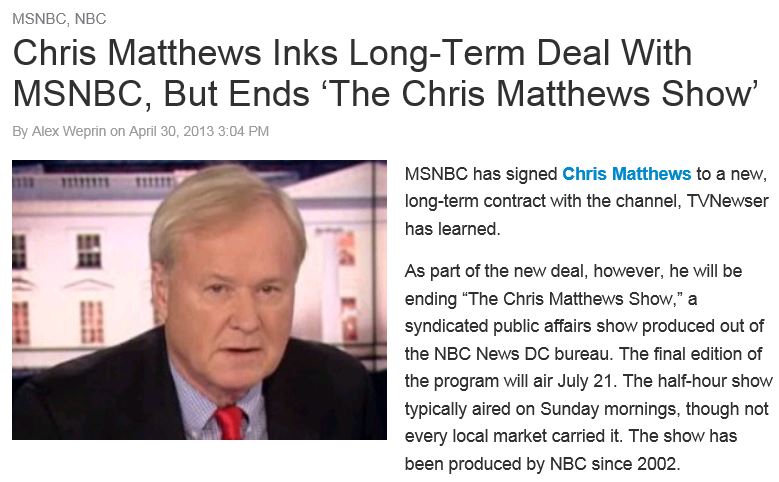 MSNBC has managed to assemble quite the ensemble:

Al Sharpton’s expression is priceless. A picture truly is worth 1000 words.

They look like a couple of drunken wispy boys.

Sometimes I wonder if MSNBC isn’t really an elaborate spoof. But then again a spoof would be more credible.

[…] Jacobson at Legal Insurrection has up a terrific post today on “Saturday Night Card Game (For Chris Matthews, the race card keeps on paying, and […]

The likes of these two malignant clowns will keep playing the race card (bullying, actually) until enough of us simply hit back and otherwise ignore them.

Now it’s our turn to play the race card:

Democrats insult Nikki Haley’s Indian heritage: ‘Send the her back to wherever the hell she came from:’
http://www.dailymail.co.uk/news/article-2319332/Outrage-Democrats-insult-Nikki-Haleys-Indian-heritage-saying-theyll-send-Republican-Gov-hell-came-from.html

Ah yes, a pix is worth a thousand words. Chrissie Matthews embracing Al Sharpton who blames whites for everything. Al Sharpton who brought injustice and civil disturbance o Harlem and Crown Heights, and who made his bones on a huge lie that ruined Steven Pagones’s career and family.

One liar, one racist, one demagogue embracing another. Two rats from the putrid sewer that is the Democrat party.