Reader Thomas was not happy when he saw the Tea Party Bomb, the Worst Boston Bombing prediction in one image: 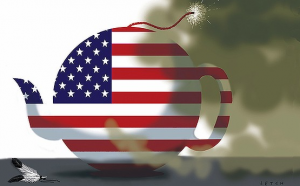 So he decided to respond:

No way I was going to let this one go without a rebuke.

Sydney Morning Herald, Salon.com, MSNBC and Wolf Blitzer can stick this one up their you-know-what. 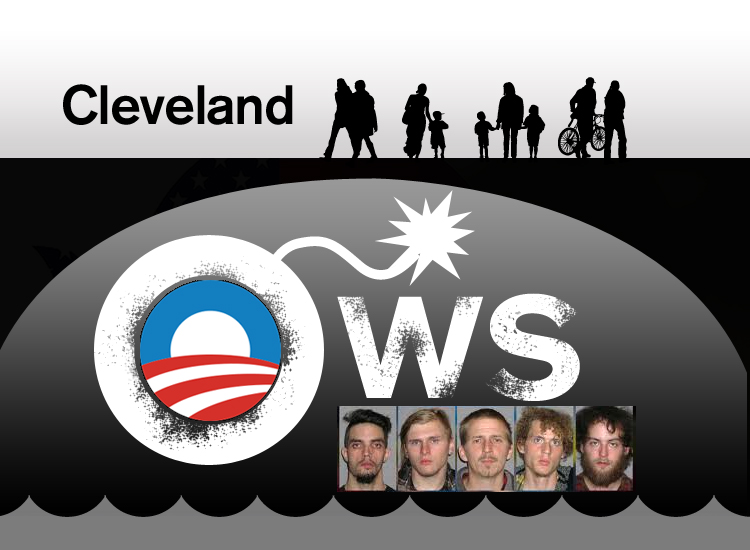 For the record, with a quick search this is the only mention of the #OWS bridge bomb plot I could find in the Sydney Morning Herald:

“Headlines about a plot to blow up a bridge in Cleveland during last month’s May Day demonstrations and another to attack President Barack Obama’s Chicago campaign headquarters with Molotov cocktails during the recent NATO summit drew crucial media oxygen away from the peaceful activities of the movement’s large majority.”

If Tea Party members had been responsible for the Marathon bombings, do you think the SMH would have similarly lamented the fact that it “drew crucial media oxygen away from the peaceful activities of the movement’s large majority”?

Re: the pics of the Cleveland Five

Which one was the brains of the outfit?

It’s fair game to say that the real mastermind is currently sitting in the white house.

How about a couple of “Indian” feathers to celebrate Elizabeth Warren’s commitment to the cause?

Lefty journalists are like these religious cults that predict a certain day and time for the world to come to an end … and when it doesn’t … they just keep on keepin’ on like nothing happened (which indeed, ironically, is always the case).

If the left’s grasping at teabags becomes any more of a fantasy, they’ll have to open a Disneyland-like theme park to fill this ideological existential void.

But, instead of a towering Matterhorn with bobsleds, there will be a Caucasus Mountain Range.

And instead of the spinning teacups on the Mad Tea Party Ride, you’ll have a Twirling Teabagger Ride.

And Cinderella and Sleeping Beauty and Sarah Palin and all the other princesses and evil queen characters walking around in the park posing for pictures will be wearing tricorn hats.

LukeHandCool (whose youngest daughter, Kelly, when she was about 4 or 5, dressed up as Snow White when the family went to Disneyland one day. Of course, when the family went through the entrance gates, the one character waiting for children to pose with her for pictures was the Evil Queen of Snow White. Kelly, looking like a little tan Eurasian Snow White in her Snow White dress, had a funny and worried look on her face as we told her to get in closer to the Queen for the shot, and as the Queen hugged Kelly, she bellowed in a comically menacing tone, “Why is she wearing this dress??!”)

I sure hope Thomas sent these images to these “news” outlets, not just tweeted the image!!

This leftist idiocy is so tiresome. And, yes, it MUST be responded to, loudly. Silence = consent.

I would just LOVE to see a graphic of the Sydney Morning Herald with rotten eggs all over their title!

And let’s not forget those three lefty NATO protestors in Chicago who planned to pipe bomb an Obama campaign office and Rahm Emanuel’s house.

One guy already pleaded guilty. The others are up for trial in September.
http://www.huffingtonpost.com/2013/04/12/mark-neiweem-nato-protest_n_3068968.html