Unintentionally, of course, because of the media-driven Epistemic Closure to Tea Party ideas.

The fourth and last of the views from the vehicle spotted by Jon at the Perimeter Mall in Atlanta/Dunwoody (Parts One, Two, and Three): 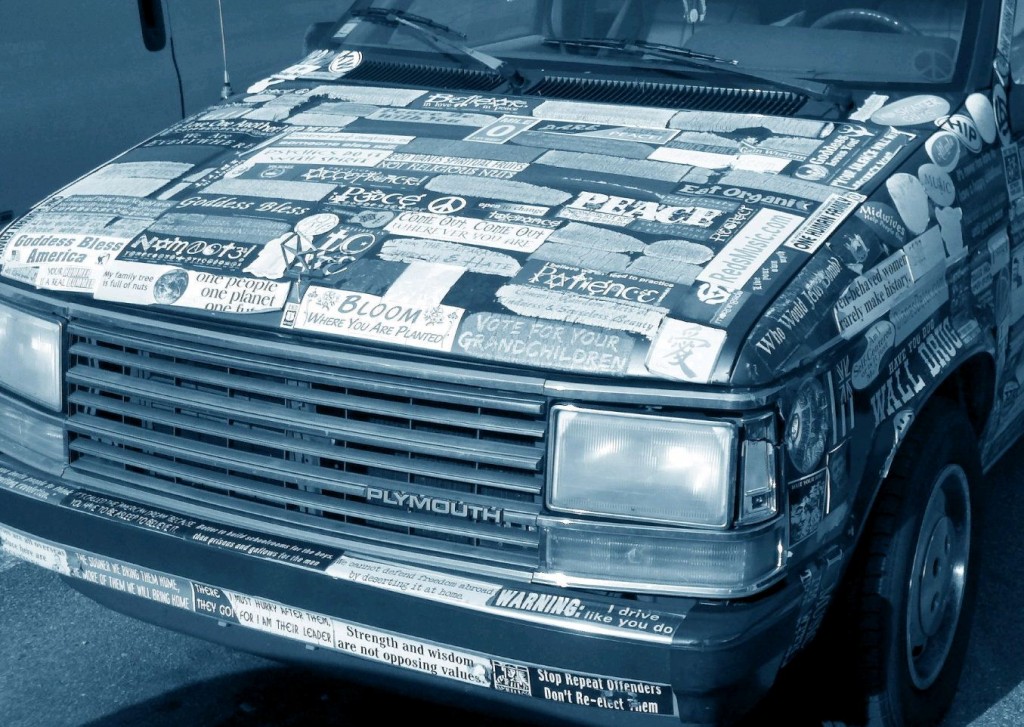 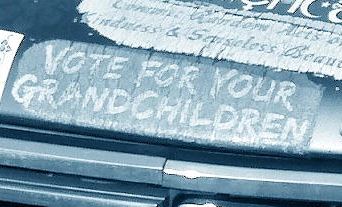 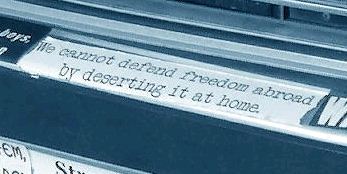 I like the one about repeat offenders and re-election thereof..

Like the campaigner-in-chief golfing with a lawbreaker in Hawaii!

Ain’t it just so grand??

An almost perfect vision of what a young Winnie might have done to her own vehicle before started her job at the Ministry of Truth!

From Slate: That’s all’s I can take and I can’t take no more…

Someone needs to tell Barack Obama—it must get particularly confusing this time of year—that his own birth is not Year One, the date around which all other events are understood. His much-noted, self-referential tic was on cringe-worthy display Friday when the president gave his eulogy for the late Sen. Daniel Inouye, who served in Congress for half a century representing Obama’s birth state of Hawaii.

Inouye was a Japanese-American war hero (he lost an arm in World War II, destroying his dream of becoming a surgeon), and as a senator he served on the Watergate committee, helped rewrite our intelligence charter after scandals, and was chairman of the Senate committee that investigated the Iran-Contra affair. It’s the kind of material any eulogist could use to give a moving sense of the man and his accomplishment. But President Barack Obama’s remarks at Inouye’s funeral service were a bizarre twirl around his own personal Kodak carousel.

This blog is going way over my head – “Epistemic Closure” had me running to Wiki, where I got no satisfaction.

It is fairly obvious that knowledge is not closed under consequence as just described. There are, however, weaker versions of the closure principle which are more plausible. For instance, knowledge could be closed under known consequence; that is, if an agent A knows p and knows that p implies q, then A either knows q or (weaker still) is in a position to know q.

Fortunately there was another attempt – but I am sure that I personally do not believe that real conservatives think this way. But we are talking about Wiki’s take.

Julian Sanchez of the Cato Institute adapted the term “epistemic closure” to describe what he perceived as the behavior of conservatives:

“Reality is defined by a multimedia array of interconnected and cross promoting conservative blogs, radio programs, magazines, and of course, Fox News. Whatever conflicts with that reality can be dismissed out of hand because it comes from the liberal media, and is therefore ipso facto not to be trusted. (How do you know they’re liberal? Well, they disagree with the conservative media!) This epistemic closure …”

Then again, I am the guy who still does not know what “epistemic closure” means.

one sticker says: “better to build schoolrooms for the boys than prisons and gallows for the men”

In Chicago, highly paid teachers strike while the iron is hot. The striking teachers rejected the first offer, putting them at an average of $91,000 per nine months work, because they wanted less review of their results, less chance to fire the incompetent. And while the general population retires at 65 or 70, these tenured prima donnas get out with golden pensions at 55. Is throwing more money at these failures really the answer?

Obama and Ayers were deeply involved in using grant money to make radical transformation to Chicago schools, while actual “schooling” never improved. Education was modified for indoctrination and subversion. Long term results? Ayers/Obama and company produced a high murder rate and a very corrupt city, yet tell us we need more of the crazy Rainbow unicorn magic?

If we really want to accomplish something, make Illinois a Right to Work state.

Illinois is by an large a center-right state, but Chicago rules the roost, and unions are the power behind Chicago.

Try –don’t confuse me with facts, I have made up my mind– or –the science is settled–

The Hegelian Dialectic comes to mind…

Or an opportunity to exploit their disaffection with their own party.

How wickedly Alinsky that would be?

Interesting commonalities when you get right down to it. Never the twain shall goals meet, but the general sensibilities are noteworthy.