After taking the countryside and moving into the suburbs, the combined forces of the common peasantry and kulaks are starting to infiltrate into the Obama-controlled cities.

My wife spotted it first and remarked, “A Republican in the West Village?  I don’t believe it!” 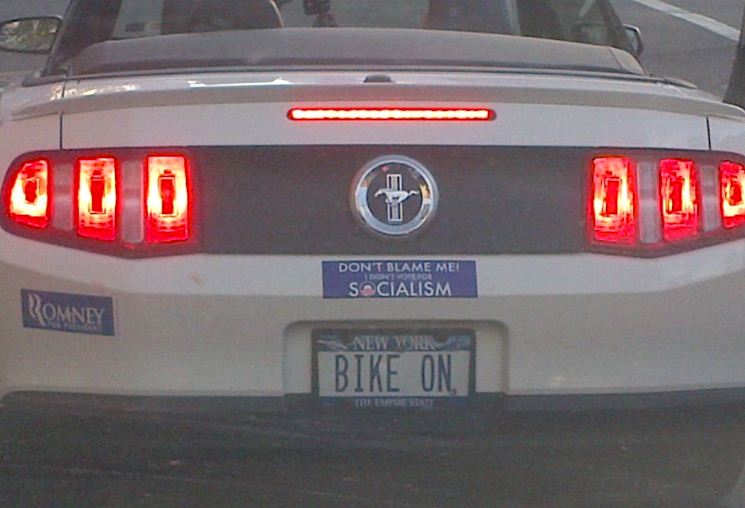 It’s certainly not your typical Village car, however. It represents power and success, compared to a Fiesta by the same maker, e.g. No doubt an intruder – or rube – from upstate!

Judas goat, a liberal plant. Village conservatives are supposed to approach the Judas goat driver in sympathy, who then leads them to an airy, redecorated industrial loft for forced re-education.

Oh c’mon. This is harder to believe than that old Bigfoot film.

Obviously a day-tripper. There are more Republicans in the city than the average outsider would imagine, but none that would be dumb enough invite vandalism from unhinged lefties by putting those things on their car.

I’m most perplexed by the “bike on” license plate. Bicycle culture is as socialist as they get.