Love and kisses from the RNC, via The Hill:

The cake read “you didn’t bake this” over a picture of President Obama. Text written in icing reads, “Happy birthday, Mr. President.” The cake marks the occasion of the president’s birthday, which is Saturday, with a play on the “you didn’t build that” controversy.

“Vladimir Putin” had a more interesting and suggestive birthday greeting, via BuzzFeed Politics:

Obama took no nevermind, he was busy on the computer, via Patricia: 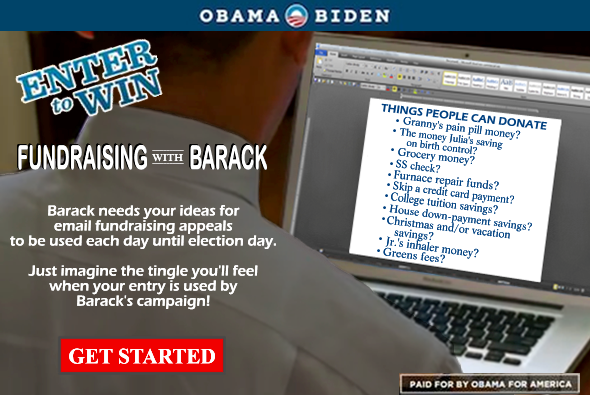 omg that putin one is a riot LOL

I am sick of this jerk, including all the crud we are forced to endure about his birthday.

The DNC will be in an especially foul mood on the Wednesday following Eviction Day in November.

They just totally lack a sense of humor…

This is getting to be pretty bad. The Republicans are stooping to the level of the Democrats………….oh who am I kidding. This is as funny as the last one. Use their tactics against them. If they start to whine, say but you guys do it all the time, are you saying you are hypocrites?

Time to mock the left.
Alinsky tactic.
Use it.
Over and over again.

The fools can’t stand being played at their own game, and I smell implosion.

We’ll have a nice big cake in November and the Prof will launch a few nukes on the blog to top off the celebration. This is the last birthday we have to tolerate from this waste.

(sorry, I sometimes get confused about what the “F” in the Obama campaign’s name stands for)

Our side definitely has more creativity – and a much better sense of humor. 😀

[…] Virginia, there is no Santa Claus that built that for you – that’s something Barack Obama has yet to learn as he proceeds FORWARD into the deeper […]

I hear Obama’s half brother in Africa sold his hut, so he could contribute $25 to his brother’s campaign. The little people understand ALL must be sacrificed to support the chosen won.

Obama’s half brother is not bitter that his multi-millionaire bro Barrack never gave a dime to help him … little people must sacrifice for the elite.

Harry Reids cake says : HAPPY BOY DAY 4 U 2 DAY ! It “came” with icing personally whipped up by Harry himself.

“Happy Birth-day, Mr Pres-i-dent”…
and don’t let the door hit you in the ass on your way out.

Sara sent a cake. It said “I CAN SEE NOV. FROM MY PORCH !

I would have thought that Obama and the Dems would have eaten that zero-sum cake. And it was made with breast milk too, not Similac.

What do you call a flexible Russian President without a shirt on?
A white Russian.

I am going to give The Messiah the same thing he gave me for my birthday.
Job Loss.
I’m going to tie a festive ribbon around my voting finger in November.

The DNC showed poor taste in returning the cake. NEVER pass up an opportunity to have a great tasting, free slice of cake!

Happy Birthday Mr President One Year Later « sitting on the edge of the sandbox, biting my tongue | August 5, 2012 at 1:24 pm

[…] 50th Birthday with the top 50 get-ups of Michelle Obama.  Since Barack Obama held yet another Birthday fundraiser yesterday, I feel obliged to review the last 366 days of wardrobe of our First Lady of Fashion.  […]