The Democratic National Committee released an advertisement, posted on the DNC’s “Rapid Response” YouTube Channel, mocking George W. Bush.  The ad was laughable, and much derided.

Here is how it appeared in my post earlier today, Extremely Effective DNC Ad: 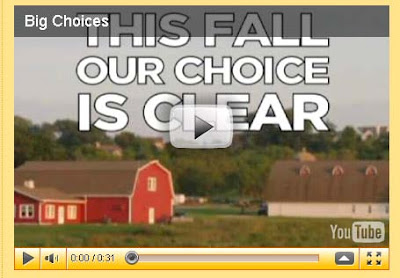 Now the DNC has pulled the video from its YouTube Channel.  Here is what readers get when they click on the video: 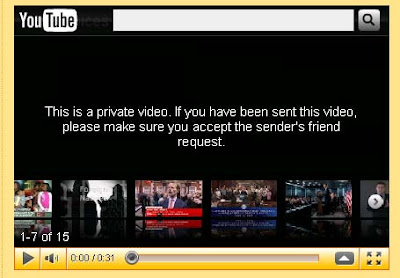 Here is what the link turns up at YouTube: 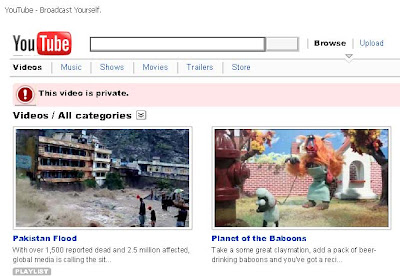 Great job, DNC.  Did you forget that the internet has memory?  The video still is available from Mediaite and my YouTube Channel.

Update 8-21-2010:  The DNC apparently has edited the first video, removing scenes from the City Center Las Vegas project trumpeted by Harry Reid, and then posted a new version.  So the DNC is standing by its claims that the Democrats have done wonders for us and that everything is Bush’s fault. (Note to readers:  At the time I prepared this post, the new video had not been re-posted yet; it appears that the DNC uploaded its edited version within an hour or so thereafter.)

The whole sequence is beyond strange.  The original DNC ad was widely linked and embedded across the blogosphere, including at high volume and high profile sites such as Sam Stein’s column at HuffPo.  In fact, when I noticed that my embed went dead I checked Stein’s post, and noticed the same problem and that commenters were complaining.  It was at that point that I began to prepare my post.

It is hard to believe that a relatively sophisticated media operation like the DNC RapidResponse group would pull a video which it knew was widely circulated in order to do minor edits.  If I had to guess, I think they decided to pull the video, and then when people started complaining and it started getting attention, they reposted with a truly meaningless edit.  Why not just restore the original by turning off the private setting?

Either that, or they are completely incompetent, because all the links and embeds to the video they wanted publicized are now dead..

Countdown until Mediate gets a take down notice starts now. I don't blame them for wanting to bury this one. Sooooooo maybe I will go see if I can download it for safekeeping.

I'm glad to hear the Democrats are finally taking credit for the state of the economy, but they seem a bit deluded about how it's doing.

Ah, sweet irony. At 0:16, the narrator says, "Do we hold big business accountable when they've gone too far?" The picture shows the CityCenter project in Las Vegas. In a number of its ads, Harry Reid's re-election campaign describes how he used his clout to intervene with lenders and save CityCenter when it was on the verge of bankruptcy. Now, that's holding big business accountable.

I wrote on that one as well, William: 'Desperate Democrats Invoke George W. Bush in New Campaign Ad'. Hadn't even checked if it was still live, but no surprise they're now embarrassed.

The best visual was the wind farm, just like the one Ted Kennedy stymied.

Can you really blame them for trying with this? They got millions of drooling imbeciles to cheer for "hope 'n' change!" like their lives depended on it. Plenty of idiots will eat this ad up, no matter how ridiculous it is.

Thats what I like about the intertubes. You can easily correct an error and no one ever knows!

That ad made me miss the days of Ronald Reagan.

I think the DNC should stick with the Mama Wookies growling at Sarah meme. At least it is entertaining. Perhaps they can put Wookie suits on Biden and Barack and stage a Papa Wookie Growl-In.

The choice of the Boooosh quote, "they fooled me, we can't get fooled again" is an interesting sound bite.

I bet alot of people feel they were fooled by Obama and they won't be fooled again.

The funny thing is they have twice the money to spend but nothing effective to say with it. The best use of the money is by having their canidates pretend to be conservatives.

The republicans could win 100 seats.

Unbelievable that they chose to edit the City Center facade yet they fail to see the irony in the "we can't get fooled again" bit. Oh well, I have a copy saved and you have a new YouTube account because we gave them way more credit than they obviously deserve. I would have thought they might have taken a grunt or two off "looking for Sharron Angle dirt" detail to get that lousy ad off the net.

Thanks too for linking earlier 🙂 You're the best!

I stand corrected. It turns out that the image I noted in my original comment is not, in fact, CityCenter but is moth-balled Fountainebleau project in Las Vegas.