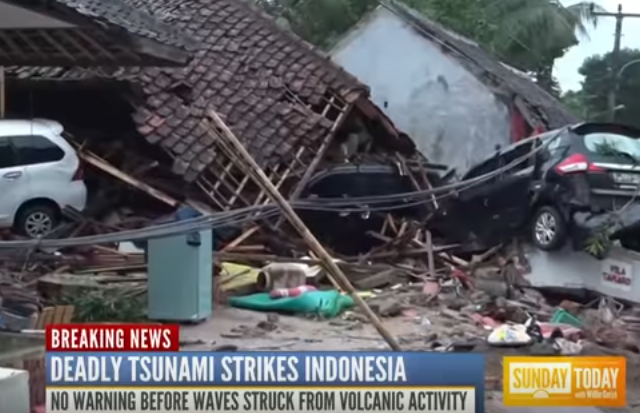 At least 429 people died, more than 1,400 were injured and another 158 are missing as of Tuesday morning, more than two days after the wave came crashing ashore on the northwest coast of Java, one of the large islands comprising the country, officials said. 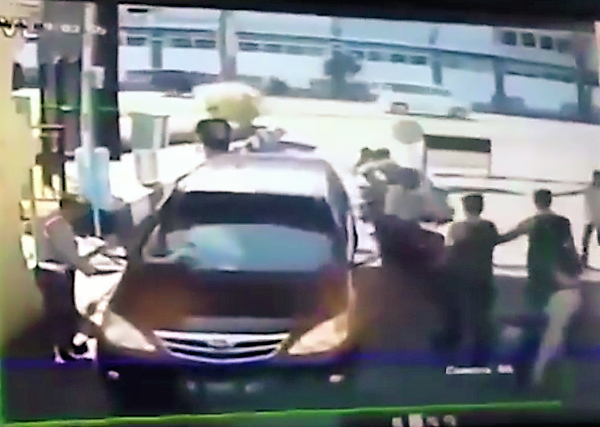 Indonesia's first terror attacks to include women and child bombers... 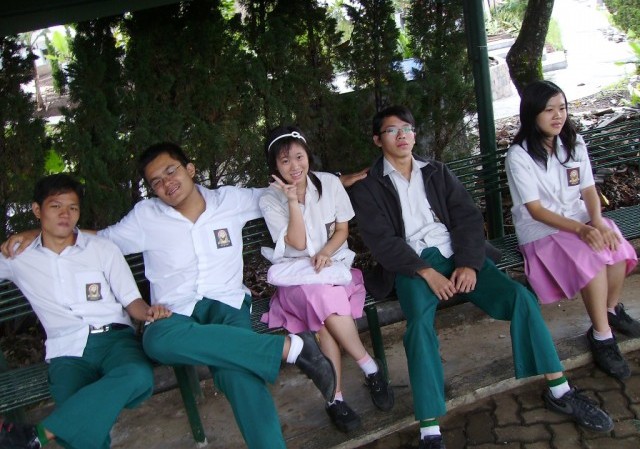 Posted by Kemberlee Kaye on February 10, 2015 11 Comments
While American "feminists" prattle on about "Manterruptions" and other trivial nonsense, lawmakers in East Java (the island that houses Indonesia's capitol, Jakarta) are considering imposing virginity tests on school girls. Jember's City Council wants to institute virginity tests as a prerequisite for high school graduation. Test would be administered only to girls. According to the Jakarta Globe:

“What surprises us the most is they have had sex several times and with different partners,” Habib Isa Mahdi, a lawmaker from the People’s Conscience Party (Hanura), told Detik.com on Friday. “Moreover, the Ministry of Social Affairs said that Indonesia is in an emergency situation against pornography — that’s what drives us to make such regulation.” The idea was first debated during a meeting between the city council’s Commission D and the Jember Education Agency on Wednesday. The council is drafting a regulation on “good conduct,” which includes an article installing a virginity test as a requirement for female students’ graduation. The city council argued the regulation was necessary because many secondary and high school students were engaging in pre-marital sexual activities. Isa claimed that based on the data gathered from local hospitals, around 10 percent of Jember’s approximately 1,200 HIV/AIDS patients were students. The Jakarta Globe could not immediately verify Isa’s claims. 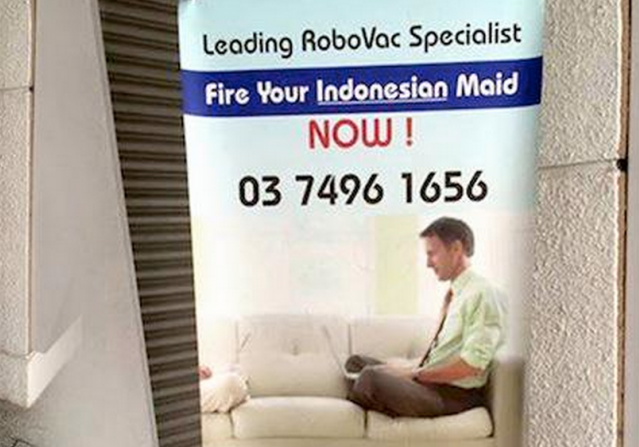 Posted by Kemberlee Kaye on February 09, 2015 6 Comments
This bitter battle takes place in the South Pacific, with Malaysia in one corner, and Indonesia set and ready across the ring. According to the Jakarta Globe, the Indonesian government threatened a Malaysian cleaning company with legal action over an ad. The ad, which appears to promote a Roomba-like vacuum machine, pitches the vacuum by enticing would-be customers to "Fire Their Indonesian Maid."

Armanatha Nasir, spokesperson for the Foreign Affairs Ministry, said on Thursday that the ministry had requested the company make a public apology, or face possible legal action. “We’ve sent a letter telling the company to make an apology in three different Malaysian newspapers of at least half a page,” Armanatha said. “If they don’t do it in the next seven days, we’ll definitely take the next legal step.”

Then the embassies got involved. The Straits Times explains:
Read More
DONATE