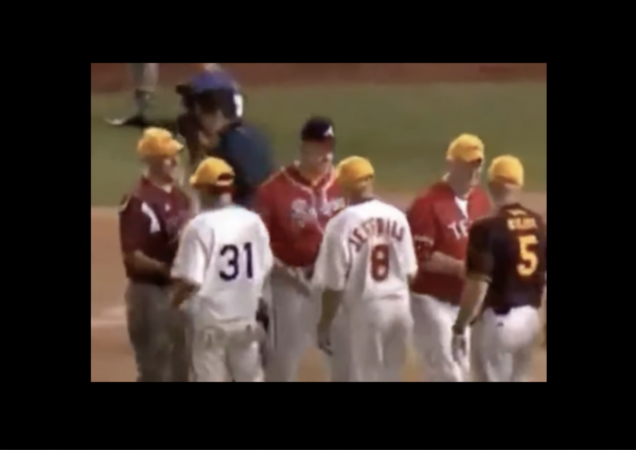 Posted by Kemberlee Kaye on August 02, 2018 27 Comments
This is not a good look for Democrats. According to The Daily Caller, the DNC will not play the RNC in this year's annual Congressional softball game.
Read More

Posted by Mary Chastain on July 13, 2018 50 Comments
Deputy Attorney General Rod Rosenstein announced today that a federal grand jury indicted 12 Russians, all officers with Russia's intelligence agency GRU, for allegedly hacking into the DNC and Hillary's campaign. The most important part of Rosenstein's speech: "There is no allegation in this indictment that any American citizen committed a crime. There is no allegation that the conspiracy changed the vote count or affected any election result."
Read More

Posted by Mary Chastain on April 16, 2018 24 Comments
The Committee to Defend the President (CDP), a pro-Trump PAC, has filed a lawsuit against the Federal Election Commission (FEC) for allegedly ignoring complaints of a supposed money laundering scheme used by failed Democrat presidential candidate Hillary Clinton's campaign and the DNC. CDP alleges that the campaign and DNC "used state chapters as strawmen to launder as much as $84 million in an effort to circumvent campaign donation limits, and the Federal Election Commission ignored complaints exposing the practice."
Read More

Posted by Mike LaChance on April 07, 2018 20 Comments
If you listen to the liberal media, a "Blue Wave" is coming in the 2018 midterms. Progressives across the country are just waiting to turn out by the millions and help the Democrats retake control of the House and Senate. But what if that's just a narrative? What if the media just keeps saying this as a form of wish casting? No one seems to believe the Democrats could screw this up. Well, almost no one.
Read More

Posted by Kemberlee Kaye on April 04, 2018 77 Comments
It's a tough life, being a Democrat. A slip of the tongue (so he says) and you're a racist who must resign from political life. Florida Democrat National Committee member John Parker resigned Wednesday after referring to African Americans as "colored people" in January. Parker claims he meant to say "people of color".
Read More

Posted by Mike LaChance on February 01, 2018 28 Comments
Tom Perez and Keith Ellison run the DNC, and one of their jobs is to raise money. Any way you look at it, they are failing their party in this task. The DNC had a miserable year for fundraising in 2017.
Read More

Posted by Mary Chastain on January 30, 2018 11 Comments
The DNC has received another blow as it tries to pick up the pieces after Hillary Clinton failed miserably in November 2016. After less than a year at her post, DNC CEO Jess O'Connell has stepped down. It seems that there's no controversy surrounding her departure, but it just adds more chaos.
Read More

Democrats Still Can’t Bring in the Cash They Desperately Need

Posted by Mary Chastain on December 27, 2017 24 Comments
Yesterday I blogged about races to watch for in 2018 and mentioned how the Democrats really think they can take control of the House. The party faces a major problem: Money. We've been documenting the Democrats failure at bringing in the dough and it looks like it's not getting better, which means their hopes and dreams could fail miserably.
Read More 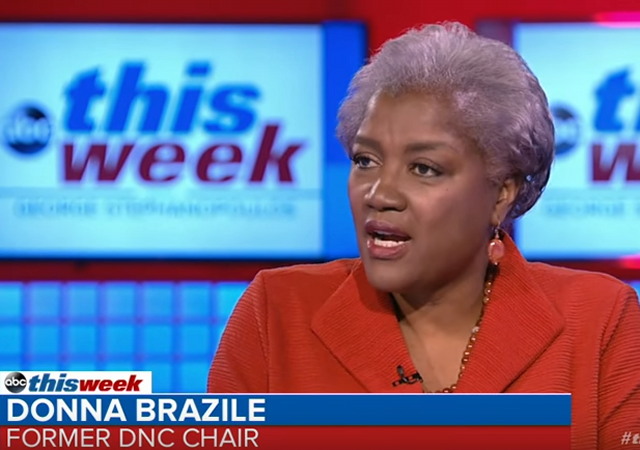 Posted by Mike LaChance on November 06, 2017 25 Comments
The implosion of the Democratic Party continues apace. Former DNC chair Donna Brazile appeared on "This Week" on Sunday and had some choice words for Democrats who are angry about the allegations she made in her new book about the rigged 2016 Democratic primary.
Read More

Posted by Mary Chastain on November 04, 2017 3 Comments
Earlier this week, Politico published an excerpt from former interim DNC chairwoman Donna Brazile where she said she found a document that showed a deal between failed Democrat presidential candidate Hillary Clinton and the DNC. Brazile wrote that the agreement "specified that in exchange for raising money and investing in the DNC, Hillary would control the party’s finances, strategy, and all the money raised." NBC News has published this memo, which shows the control given to Hillary and her campaign. This includes hiring of DNC employees acceptable to the fundraising committee Hillary for America (HFA).
Read More 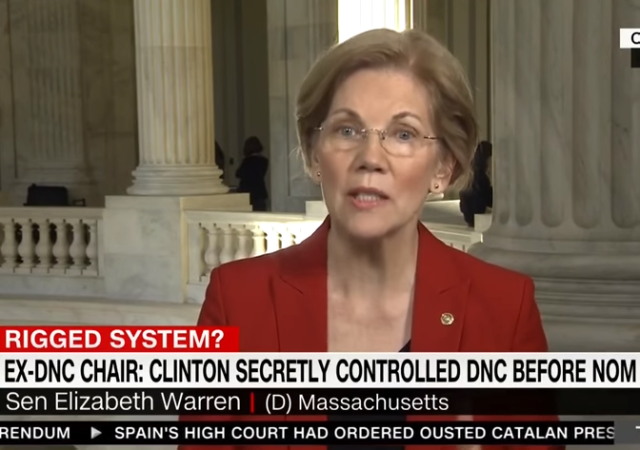 Elizabeth Warren Didn’t Back Bernie When it Counted, Now Jumps on “Rigging” Bandwagon

Posted by Mike LaChance on November 03, 2017 14 Comments
Elizabeth Warren was nowhere to be found during the 2016 Democratic primary. She never came to the aid of Bernie Sanders. She only endorsed Hillary Clinton once she was safely the nominee.
Read More

DNC Memo: Tech Job Openings Should Not Be Sent To Straight White Males

Posted by Fuzzy Slippers on November 02, 2017 44 Comments
From leaking debate questions to Hillary Clinton to allegedly rigging the Democrat primary in Hillary's favor and from announcing that pro-life Democrats are no longer welcome to funding the Trump dossier, the DNC has come under fire for some pretty outrageous behavior and some deeply disturbing statements and actions. Recently, the DNC was also under fire for former DNC chair Debbie Wasserman Schultz's IT employee who was arrested earlier this year and who was one of four under investigation for breaching the U. S. House of Representatives computer system. The DNC has multiple openings in IT, and DNC's Data Service Manager Madeleine Leader sent out an email in which she specifically states that she would "prefer" the openings not be forwarded to "cisgender straight white males, since they're already in the majority."
Read More 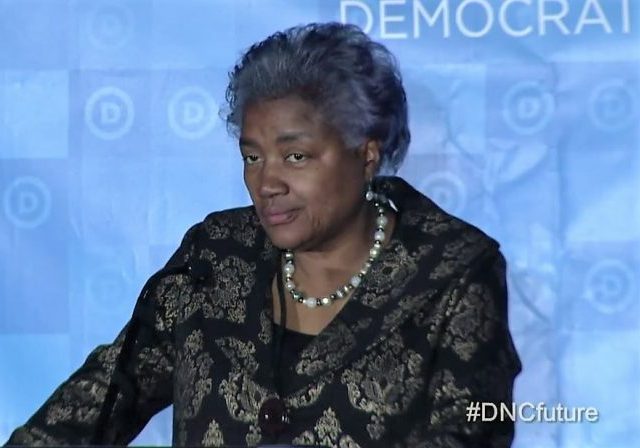 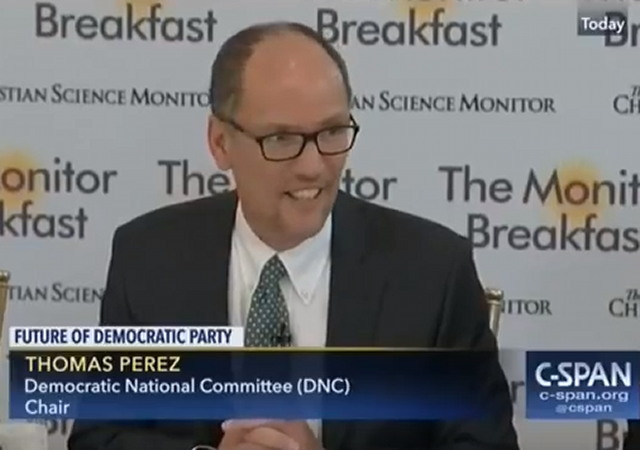 Posted by Mike LaChance on November 01, 2017 22 Comments
DNC Chair Tom Perez was asked a direct question on Tuesday about how much the DNC paid to the law firm that paid Fusion GPS and who authorized the payment. Perez responded with a long rambling answer about how awful Trump is.
Read More 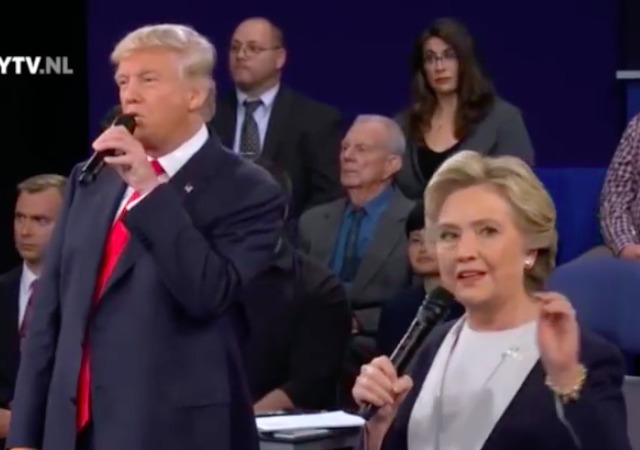 Posted by Mary Chastain on October 30, 2017 18 Comments
President Donald Trump tweeted on Sunday that he has never seen so much "anger & unity" among Republicans over the "lack of investigation" into Hillary Clinton's connection to a dossier developed in the 2016 presidential race to smear him. Trump made the comments after Rep. Trey Gowdy (R-SC), chairman of the House Oversight committee, said on Fox News Sunday that he has concerns over Hillary's campaign paying a law firm over $12 million for the dossier.
Read More 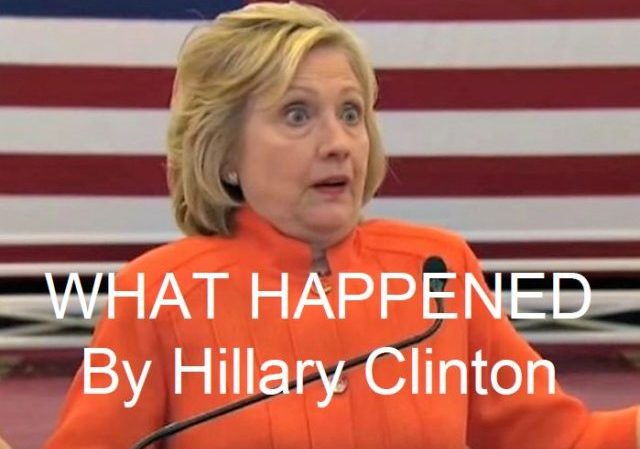 "[N]one of the work product that the Free Beacon received appears in the Steele dossier"...