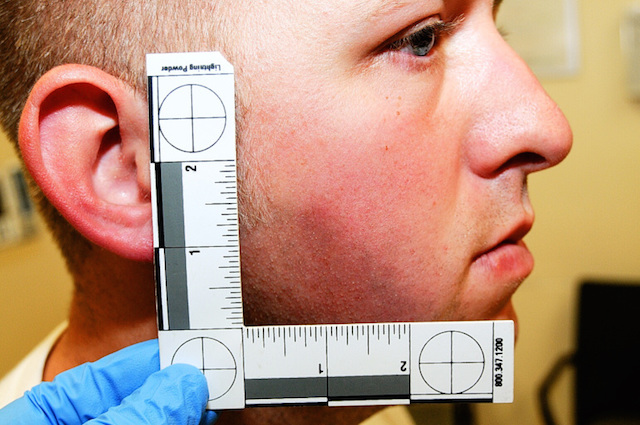 Posted by Andrew Branca on March 04, 2015 27 Comments
The New York Times reports that the Department of Justice has released an extensive report (embedded below) clearing former Ferguson, Missouri police officer Darren Wilson of civil rights violations in the shooting death of Mike Brown in August 2014. Wilson's shooting of Brown led to weeks of often violent protests, including repeated nights of looting and arson. These protests, largely organized by Al Sharpton and similar racial activists, left portions of Ferguson in ruins. In November 2014 Darren Wilson received a no true bill from the grand jury empaneled to hear criminal charges against him, sparking additional riots. He shortly thereafter resigned from the Ferguson police department, and has stayed out of the news since. We covered the grand jury's findings extensively here at Legal Insurrection, including here: Analysis: #Ferguson Grand Jury: NO Indictment In Michael Brown Shooting In considering civil rights charges against Wilson the Department of Justice ultimately determined that the credible witnesses and forensic evidence overwhelmingly favored Wilson's narrative of lawful self-defense. The witnesses whose testimony favored a narrative of racist misconduct were found to be lies, inconsistent with the forensic evidence, or simply not credible relative to the witnesses favorable to Wilson's narrative. A Department of Justice investigation continues into the Ferguson police department generally, on the basis that the department has engaged in racist activity. The specific examples noted by the New York Times, however, seem only to illustrate mockery of President Obama and his wife, rather than black people generally.

A report from that investigation found a wide pattern of discrimination by the city’s police force, and said that city officials had sent racist emails on their government accounts. One depicted President Obama as a chimpanzee. Another included a photo of topless African women with the caption, “Michelle Obama’s high school reunion.”

One can't help but recall the thousands of Progressive depictions of President George W. Bush as a chimpanzee during his administration.  Not racism, I guess.
Read More 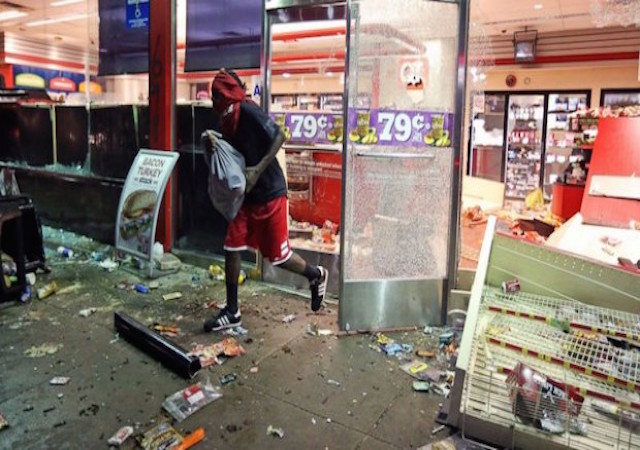 Posted by Andrew Branca on November 01, 2014 25 Comments
CNN reports that the Department of Justice continues to express frustration with the refusal of local Ferguson officials to hide from the Grand Jury and the public generally truthful information about the August 9 shooting of Michael Brown.  These same frustrations have been repeatedly echoed by the most hardcore of the Ferguson protestors, at increasing volume as they see the prospects for an indictment of officer Wilson rapidly fading. County Prosecutor Robert McCulloch has asked federal officials to coordinate on the timing of the announcement of the local Grand Jury outcome, in the interests of minimizing the potential for more rioting, looting, and arson.  It is widely expected that the local Grand Jury will decline to indict Wilson, because of a profound lack of evidence of criminal conduct. CNN's report shows that DOJ officials have declined to do so, arguing that it would "undermine their argument that the federal investigation is independent."  Of course, an official closure of the DOJ investigation would also not allow the Department to follow the strategy they have in the Zimmerman case of dragging  out their investigation for years.  This strategy pursued in the Zimmerman case allows for such politically expedient announcements, days before a major election, as the sudden convening of a Zimmerman Grand Jury based upon evidence of highly questionable credibility. The CNN article notes that the state and federal investigations are based upon separate and distinct statutes, and thus are not entirely identical.  Left unsaid is the equally obvious point that the state and federal investigations serve different political masters.
Read More
DONATE