Speaker from Cuba Warns Students Democrats Taken Over by Communists

"the Democrat party no longer exists"... 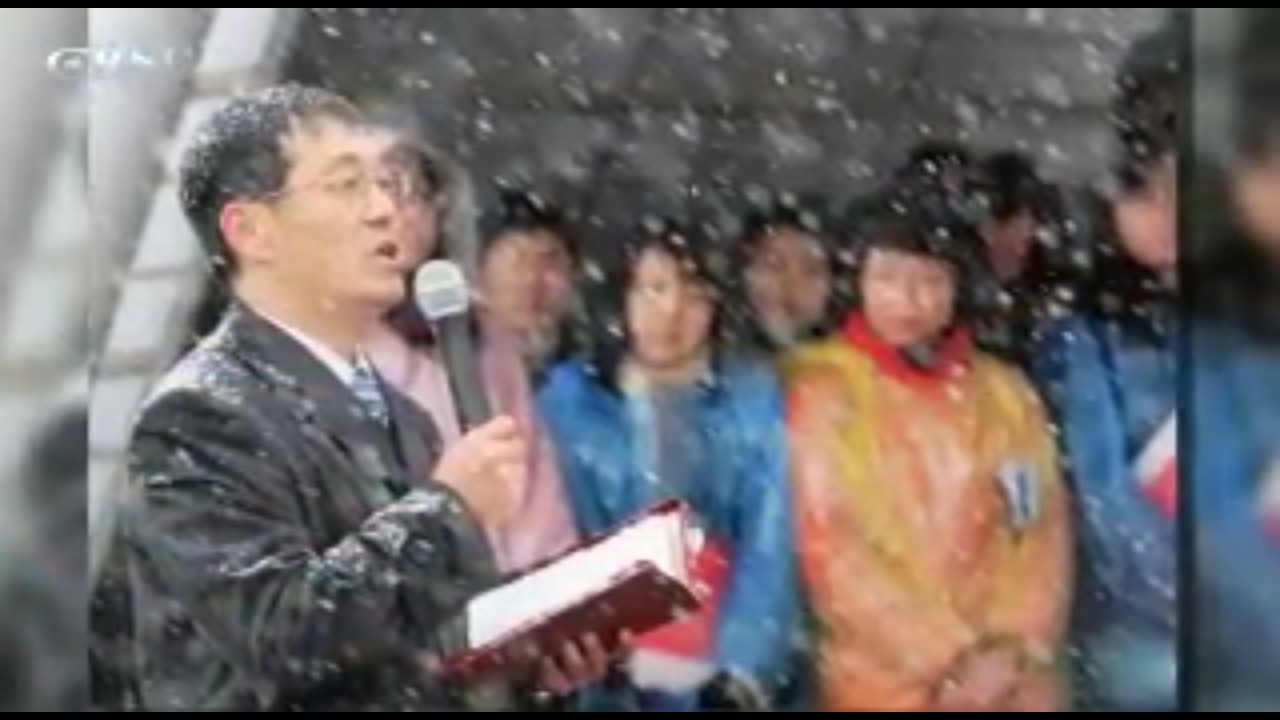 Posted by Vijeta Uniyal on August 09, 2017 10 Comments
Thousands of North Koreans are fleeing the Communist prison state thanks to an underground Christian network spread across China, reports the British newspaper Daily Express. The 3000-mile long network, run by South Korean and Chinese Christians, also dubbed as the ‘underground railroad’, helps dissidents from the north to escape to freedom into Thailand. Many of these escapees later find a new home in South Korea.
Read More 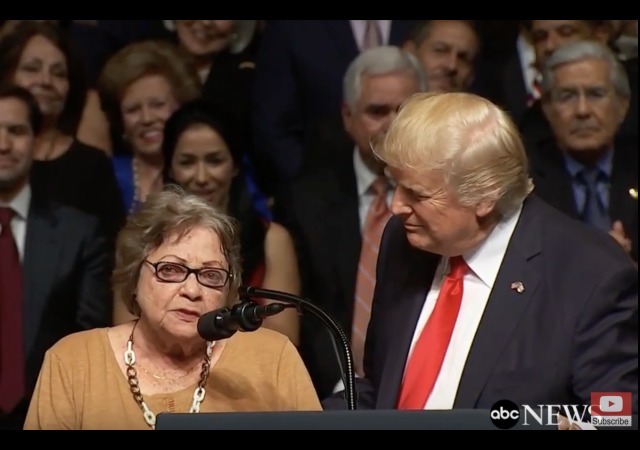 Posted by Mary Chastain on June 16, 2017 4 Comments
President Donald Trump announced a few changes to former President Barack Obama's Cuba policy. These changes include different travel requirements and the enforcement of an embargo against the brutal Communist regime:

“You look at what happened and what communism has done,” he listed. “Believers persecuted for preaching the word of God, you watch the Women in White – bruised, bloodied, and captured on their way from Mass, you have heard the chilling cries of loved ones or the cracks of firing squads piercing through the ocean breeze — not a good sound.” “This is the simple truth of the Castro regime: my administration will not hide from it, excuse it, or glamorize it, and we will never, ever be blind to it. We know what is going on and we remember what happened,” Trump promised. 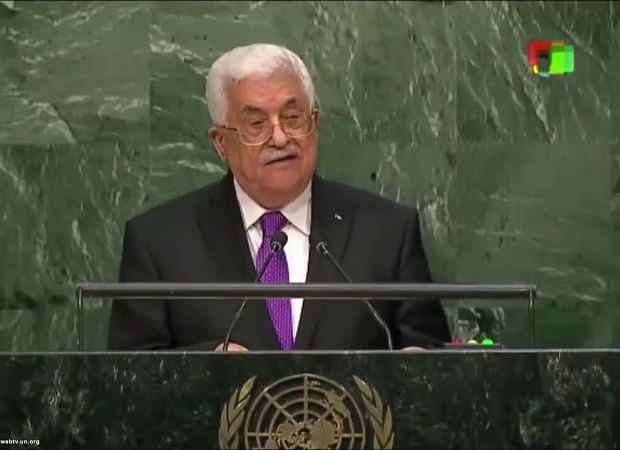 Posted by Vijeta Uniyal on September 08, 2016 3 Comments
Palestinian Authority President Mahmoud Abbas was a KGB spy in the 1980s, recently surfaced Soviet documents reveal. Abbas, who was a long-time aide to Yasser Arafat -- the notoriuos Godfather of Arab terrorism -- was appropriately code-named the “mole” (krotov) by his Russian handlers. Abbas was most likely recruited by the Soviet spy agency back in the early 80s when he was a Ph.D. student at a Moscow university where he was polishing his credentials as an antisemitic conspiracy theorist, needed to rise through the ranks of Arafat’s Palestinian terrorist group PLO. Abbas, leader of PLO's main faction 'Fatah', took office in 2005 and appointed himself as the 'President for Life' of the Palestinian Authority -- refusing to call for any further elections -- very much in keeping with the democratic best-practices of fellow Arab despots.
Read More 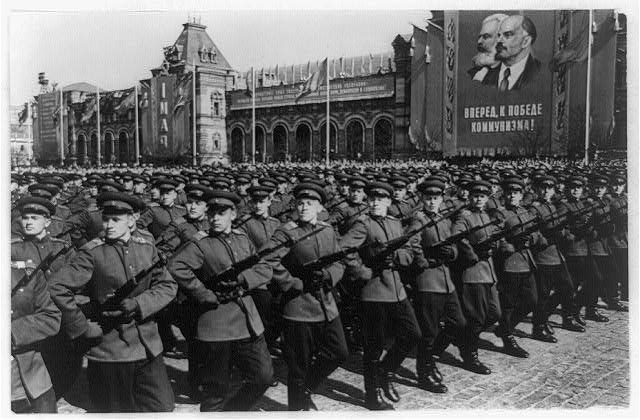 Posted by Gabriella Hoffman on June 24, 2016 13 Comments
All this alarmism surrounding firearms in America lately is getting out of control. I figure it’s time to offer a unique take on the issue–one that puts American gun rights and their continued need into perspective. From the amateurish House sit-in to the full-on assault on AR-15 semi-automatic rifles, your assumptions about Democrats pursuing full disarmanent under the guise of “gun control” are correct. They mean it. As a Virginia gun owner and concealed handgun permit (CHP) holder myself, I hope my perspective get can you to think differently about firearms if you have doubts.
Read More 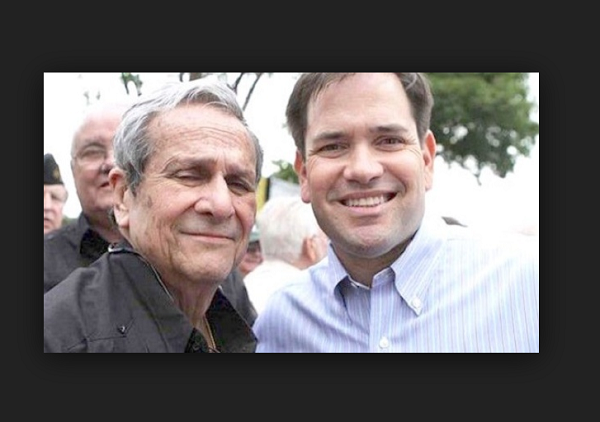 Posted by Fuzzy Slippers on April 30, 2016 14 Comments
Marco Rubio may be out of the 2016 presidential race, but he's making news for a photo op with Felix Rodriguez. Rodriguez is a former CIA operative who famously helped capture the communist revolutionary, right-hand man to ruthless dictators, and mass murderer Che Guevara. (Rodriguez denies actually killing Guevara -- see below.) Telesur reports:

At an event in Miami commemorating the failed Bay of Pigs invasion of Cuba Sunday, U.S. Senator Marco Rubio paid homage to the 2506 Brigade, which led the assault. Organized by the CIA in 1961, the disastrous invasion was soundly defeated by the Cuban military and its people. The former Republican presidential candidate took the opportunity to pose for a photo with Felix Rodriguez, former CIA agent who was a leader in the planning of the Bay of Pigs. 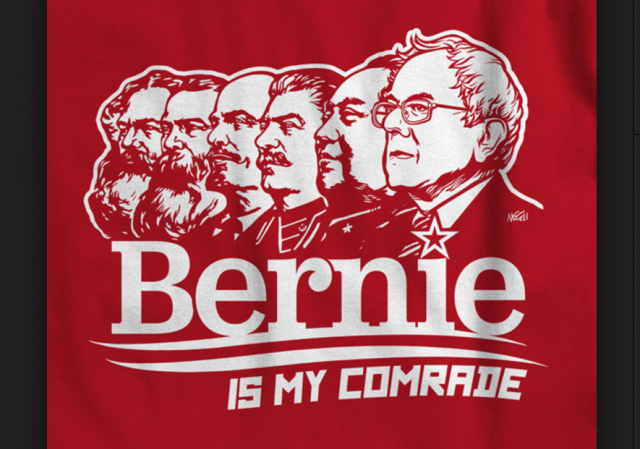 Posted by William A. Jacobson on April 17, 2016 24 Comments
If you want to know why Democrat leaders and party officials are scared to deathski about Bernie Sanders at the top of the ticket in November, take a look at the Featured Image, the graphic on a T-Shirt sold by Liberty Maniacs. Bernie is doing well in head-to-head polling against Republicans because Republicans, including yours truly, have laid low in going after Bernie. Hillary, meanwhile, is too afraid of the progressive base of the Democrat Party to lower the hammer-and-sickle on Bernie's head through negative advertising. Buzzfeed reports that Team Bernie is not happy with the T-Shirt and related merchandise:
Read More 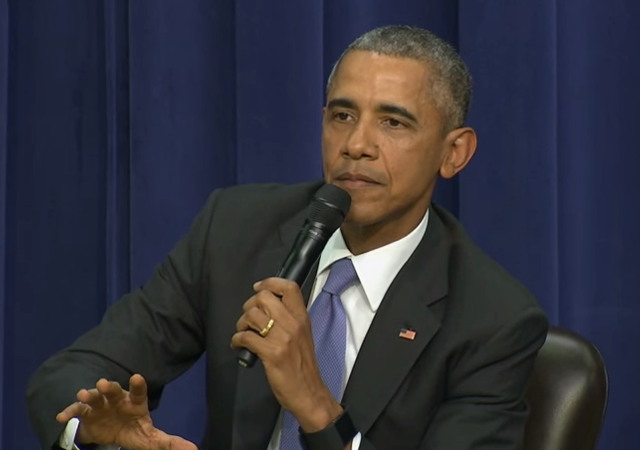 Posted by Leslie Eastman on March 27, 2016 34 Comments
President Obama continued his "Spring Break" from America by undermining the foundations of the country's successful economic system. After dancing the night away, Obama was addressed the Young Leaders of the Americas Initiative Town Hall at Usina Del Arte in Buenos Aires, Argentina:

I guess to make a broader point, so often in the past there's been a sharp division between left and right, between capitalist and communist or socialist. And especially in the Americas, that's been a big debate, right? Oh, you know, you're a capitalist Yankee dog, and oh, you know, you're some crazy communist that's going to take away everybody's property. And I mean, those are interesting intellectual arguments, but I think for your generation, you should be practical and just choose from what works. You don't have to worry about whether it neatly fits into socialist theory or capitalist theory -- you should just decide what works. 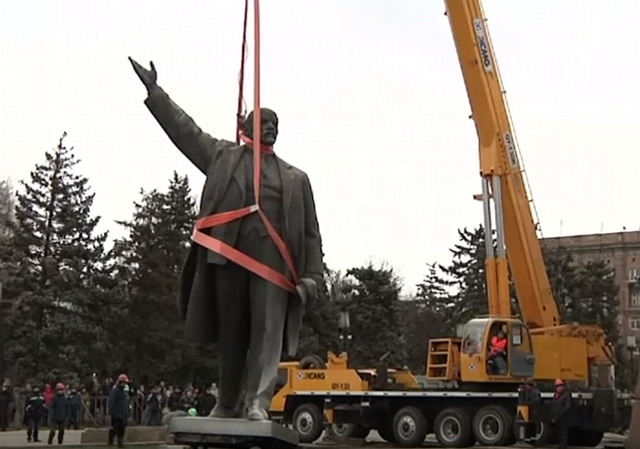 Posted by Mike LaChance on March 18, 2016 13 Comments
In a move symbolic of the nation's rejection of Communism and the Soviet era, Ukraine has removed one of the last large statues of Vladimir Lenin from public view. The Guardian reported:

Ukraine topples biggest remaining Lenin statue It took two days and a giant crane, but Ukraine has finally managed to lift its biggest remaining statue of the Soviet founder Lenin off its pedestal and consign it to the dustbin of history. 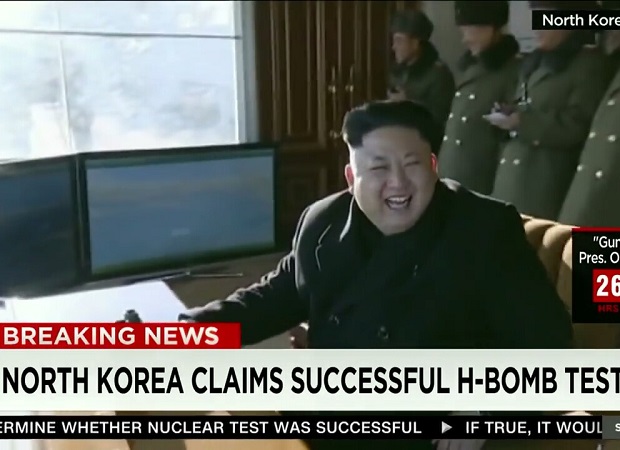 Posted by Vijeta Uniyal on February 09, 2016 6 Comments
On Saturday, Madeleine Albright introduced Hillary Clinton at an event in New Hampshire, telling the crowd: “There is a special place in hell” for women who do not support Clinton. Madeleine Albright (78) served as Secretary of State under the Clinton Administration, the same administration that gave us the now-defunct nuclear deal with North Korea. Finalized in 1994, Clinton's deal was used by the Communist Regime as a cover to build a nuclear bomb. At the time, President Bill Clinton called it "a good deal for the United States", ensuring that "North Korea will freeze and then dismantle its nuclear program. South Korea and our other allies will be better protected. The entire world will be safer as we slow the spread of nuclear weapons." Fast forward to 2016; North Korea ushers in the New Year with blasting a 20-50 megaton Hydrogen Bomb and than last week tops it with launched a dual-use ballistic missile capable of reaching the U.S. soil. The test that North Korea wants to sell the world as a satellite launch, is just another leap for communist regime towards a inter-continental nuclear-weapon delivery system.
Read More 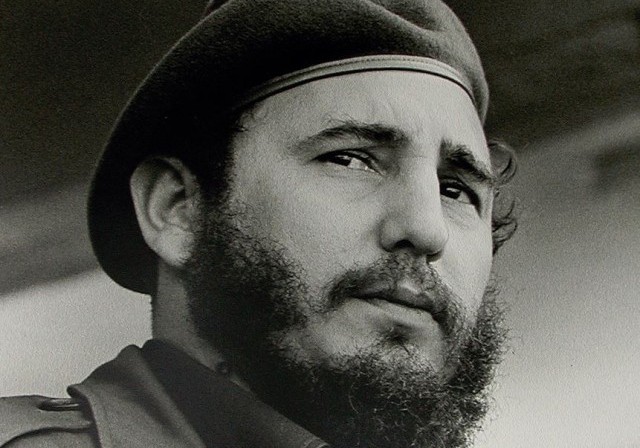 Posted by William A. Jacobson on December 17, 2014 69 Comments
Can't say this was on anyone's near term radar. The NY Times reports U.S. and Cuba, in Breakthough, Resume Diplomatic Relations:

The United States will restore full diplomatic relations with Cuba and open an embassy in Havana for the first time in more than a half-century after the release of an American contractor held in prison for five years, American officials said Wednesday. In a deal negotiated during 18 months of secret talks hosted largely by Canada and encouraged by Pope Francis, who hosted a final meeting at the Vatican, President Obama and President Raúl Castro of Cuba agreed in a telephone call to put aside decades of hostility to find a new relationship between the United States and the island nation just 90 minutes off the American coast. The contractor, Alan Gross, boarded an American government plane bound for the United States on Wednesday morning, and the United States sent back three Cuban spies who have been in an American prison since 1981. American officials said the Cuban spies were swapped for a United States intelligence agent who has been in a Cuban prison for nearly 20 years and said Mr. Gross was not technically part of the swap but released separately on “humanitarian grounds.”

From the White House release on Cuba news: "We cannot keep doing the same thing and expect a different result" pic.twitter.com/OKWn40tLeh 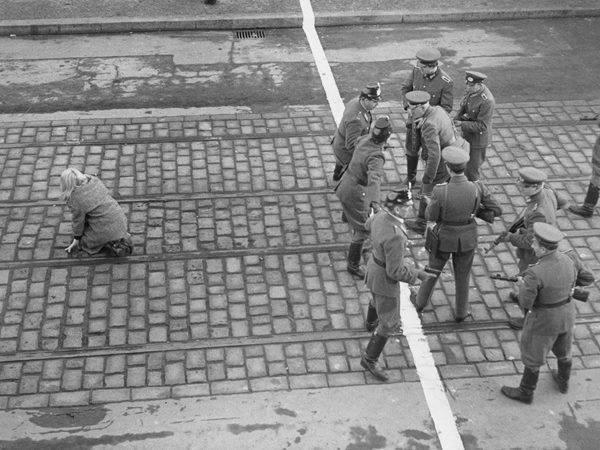 This photo will mean absolutely nothing to college students

Communism and socialism are cool, they are taught.... 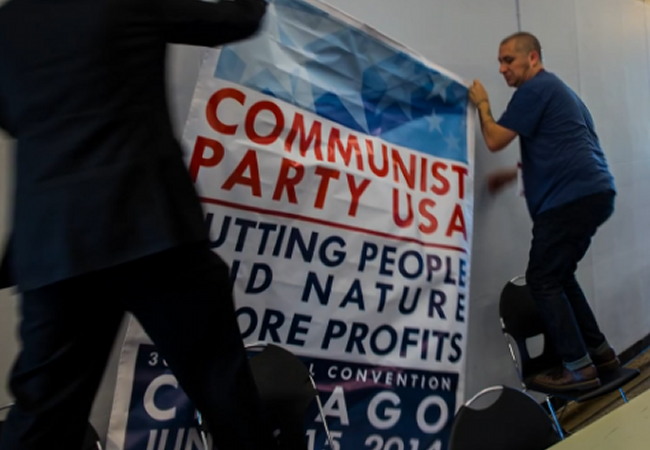 Posted by Mike LaChance on June 15, 2014 14 Comments
Chicago long has been a center of Communist Party USA activity. This video from 2011 shows the CPUSA protesting in support of the Occupy movement in Chicago: Today in Chicago was the 95th Anniversary celebration, as Ron Grossman of the Chicago Tribune reports:

Communist Party USA gathers in Chicago "I finally realized, I didn't believe in the other side," said Gosman, a retired employee of the Los Angeles school system. The Chicago convention will feature three days of speeches, panel discussions and workshops. One session will be devoted to catching up with an online era. Communists, like other radicals, traditionally recruit by hawking the party's paper on street corners. But financial constraints have forced the People's World to abandon its print edition. So one question up for discussion is how can peoplesworld.org put the party in touch with low-paid workers, environmentalists and advocates for social justice?