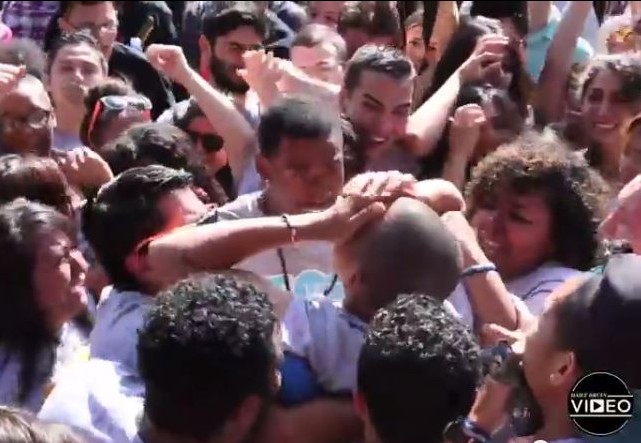 Posted by CampusClimatologist on May 22, 2014 3 Comments
We have covered extensively the attempt by the UCLA branch of Students for Justice in Palestine to keep pro-Israel students off the student council by claiming that taking sponsored trips to Israel (and only Israel) creates a conflict of interest, UCLA testing ground for next generation of anti-Israel campus tactics. The hypocrisy was dripping, as theSJP-backed UCLA Student President-elect took sponsored trip to Israel, yet won by 31 votes slamming such trips. After a trial conducted by students, the Judicial Board of UCLA's student government found  by a 4-0-2 vote that former council members Sunny Singh and Lauren Rogers did not violate conflict of interest bylaws by accepting subsidized trips to Israel from the Anti-Defamation League and Project Interchange, and that their votes against BDS were "valid and legitimate." The decision is at the bottom of this post. While this is was a show trial in which no remedy was available, this sets an important precedent:  pro-Israel students at UCLA who associate with pro-Israel organizations need not fear being legally barred from holding office or voting on Israel-related issues.
Read More

Posted by William A. Jacobson on December 22, 2013 9 Comments
Note: This post originally was to list just a few statements from university Presidents, but as it has expanded it now will be the repository to gather the statements as a source for others. The title -- but not the url -- has been changed as has some of the text. Check our other post for the complete list: List of Universities rejecting academic boycott of Israel The list of Universities condemning the academic boycott of Israel passed by the American Studies Association and two smaller academic groups is growing.  New announcements are being made daily, although I expect a lull in new announcements as most universities are closed until after New Year's Day. Here are some of the announcements and email statements: Indiana University (additional statement below)

.... As you may know, President McRobbie has publicly voiced his opposition to any boycott of Israeli institutions. The AAU and the AAUP have both voted to oppose any such boycotts and we fully support both actions. We are investigating the nature of the IUs institutional membership in the ASA and will continue to monitor this situation closely.... Kelly A. Kish, Ph.D. Deputy Chief of Staff Office of the President Indiana University

Washington University is deeply troubled and dismayed that the American Studies Association (ASA) , among others, has engaged in a boycott of Israeli academic institutions We believe strongly that a boycott of academic institutions directly violates academic freedom, which is not only one of our university’s fundamental principles but one of American higher education in general. This boycott clearly violates the academic freedom not only of Israeli scholars but also of American scholars who might be pressured to comply with it. We have made this position clear to the ASA.... Washington University is a member of the Association of American Universities which issued a statement today. I completely endorse their statement.... Mark S. Wrighton, Ph.D. Chancellor and Professor of Chemistry 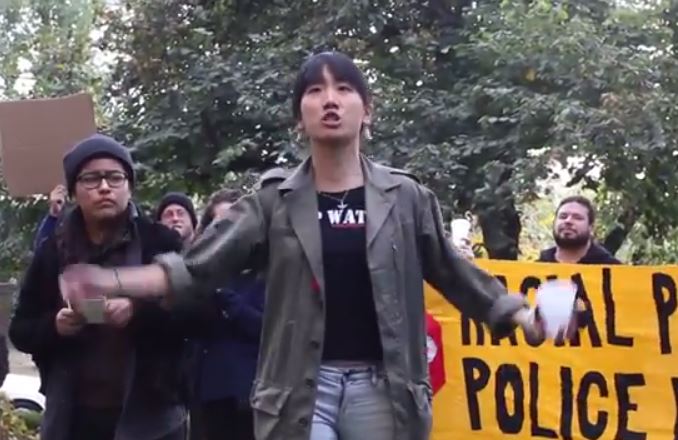 Posted by William A. Jacobson on November 06, 2013 35 Comments
One part of my communications with Brown Prof. Naoko Shibusawa has stuck in my mind:

"You can quote those two lines. Those only."

Shibusawa is the person featured in my post Tuesday night, Brown U. divestment committee faculty member signed 2009 letter calling Israel Apartheid state.  The post started by referencing her support for the Brown shout-down of Ray Kelly expressed in her Letter to the Editor of the Brown Daily Herald:

"... I want to point out that every movement toward social justice in U.S. history has included “misbehavior.” “Misbehavior” is a tactic of the disempowered toward disrupting the status quo.... So unlike [Biology Prof. Ken Miller who denounced the shout-down], I applaud the student protesters for their moral courage in a righteous cause against racial profiling and brutal police tactics and for their resolution in the face of the harsh criticisms they have since endured. I am proud of you. You inspire me to try to be a better teacher, scholar and person.

Shibusawa initially told me by phone “I don’t know what the purpose is [of my call] and what you want to do” and “I’ve checked out your blog.” She continued, that it “looks like you want to portray me as some sort of extremist” but “I believe in social justice.” Shibusawa then said, “You can describe me as extreme.” Fair enough.  But then the follow up email, telling me what I was allowed to say about the conversation (emphasis added):
Read More
DONATE