Meanwhile, WHO is trying to gin up worry over a new strain of Covid nicknamed “The Kraken,” which is reported to be “the most transmissible subvariant that has been detected yet.” 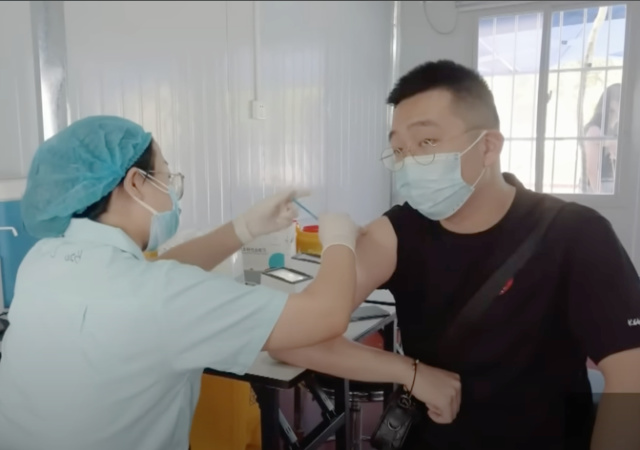 The World Health Organization (WHO) recently called for China to share information about the viral sequence of the covid variants throughout the country, as well as caseloads, hospitalizations, and death.

So far, WHO officials have been unimpressed with the accuracy of the data related to cases.

The World Health Organization is “concerned” about the surge in COVID-19 infections in China, director general Tedros Adhanom Ghebreyesus said on Wednesday.

“We continue to ask China for more rapid, regular, reliable data on hospitalizations and deaths, as well as more comprehensive, real-time viral sequencing,” he said at a media briefing in Geneva.

His remarks come one day after the WHO met with Chinese scientists amid concern about the accuracy of China’s data about the outbreak. Other WHO officials underscored the need for more data from China while thanking the country for what it has provided in the last week.

“We know there are difficulties in all countries very often in recording hospital releases, admissions and use of ICU facilities,” said WHO emergencies chief Dr. Mike Ryan.

“We believe that the current numbers being published from China underrepresent the true impact of the disease, in terms of ICU admissions and particularly in terms of deaths.”

So far, the viral sequencing has shown Omicron subvariants BA.5.2 and BF.7 account for 97.5% of China’s caseload. This information, at least, seems consistent with other information.

The data was based on an analysis of more than 2,000 genomes by the Chinese Center for Disease Control and Prevention, the WHO said.

The agency also said the data was in line with genomes from travelers from China submitted to the global database by other countries and no new variant or mutation of known significance was noted in the publicly available sequence data.

The data comes from a briefing by China’s top scientists to the UN agency’s technical advisory group on Tuesday as concerns grow about the rapid spread of the virus in the world’s No. 2 economy.

Meanwhile, WHO is trying to gin up worry over a new strain of Covid nicknamed ‘The Kraken,” which is reported to be “the most transmissible subvariant that has been detected yet.”

Its suite of symptoms, however, is as mild as with other Omicron variants.

The latest subvariant – another spinoff of Omicron officially named XBB.1.5 – has already taken hold in the US where it is thought to be behind roughly 70 per cent of new infections in the worst affected areas and 4 in 10 overall.

Now it has started to sweep across the UK, indicating it has a major growth advantage over rival strains.

But XBB.1.5 appears to be just as mild as its ancestor Omicron and its variants.

Concern about XBB.1.5 is largely based on how it is currently surging in the US, but it has also already been spotted in Britain and other countries around the globe.

Dr. Maria Van Kerkhove, WHO’s technical lead for Covid, told a press conference Wednesday: ‘We are concerned about its growth advantage in particular in some countries in Europe and in the US… particularly the Northeast part of the United States, where XBB.1.5 has rapidly replaced other circulating variants.

WHO might as well wring its hands over the common cold viruses. Covid is here to stay in all its infectious varieties.

Did the CCP’s check bounce?

No one cares or wants to know what the WHO thinks or says.

WHO is no longer on first.

WHO can go to hell and take the CCP with it. The WHO, “won’t get fooled again”

they are trying sooo hard to create another 2020. I am no longer playing their games.

“the most transmissible subvariant that has been detected yet.”

Frankly, given what we are hearing out of the Cleveland Clinic study, the fact that this strain is highly transmissible is GOOD NEWS because it will get us all to immunity faster… your experimental jabs obviously aren’t ever going to get us there.

If you’ve not listened to Dr. John Campbell out of the UK, I highly recommend his excellent analysis on all things covid-related (and general health issues).

A new study out of the Cleveland Clinic suggests that the more you get vaccinated the more covid you get, as compared to people who have not had the jab. https://www.youtube.com/watch?v=Rh7I7fKmzT0

Let’s see if I have this correct. A new mutation that is more transmissible but less harmful. That’s exactly what we would expect from a virus. The more harmful strain kills the host which isn’t good from an evolutionary perspective so a less harmful but more transmissible strain emerges and out competes the original.

Sure that’s simplistic but still broadly accurate and it is HS level knowledge. These fear mongers are running out of reasons to get any more grant money. Hopefully someone in govt is keeping score of all this so we can eventually start holding folks accountable or at least refuse them future taxpayer funds.

XBB 1.5 isn’t worthy of being called the Kraken. The Scientists at WIV need to get busy and make a MESR-SARS2 hybrid.

“But XBB.1.5 appears to be just as mild as its ancestor Omicron and its variants.”

The Kraken? Somebody has been binge-watching Pirates of the Caribbean.