U. Penn Given Millions From Chinese Donors Since Biden Took Office

U. Penn Given Millions From Chinese Donors Since Biden Took Office

“The names of the newer foreign donors are being kept under wraps by the Biden administration’s Department of Education—a departure from prior administrations that would publish this information in an online database.” 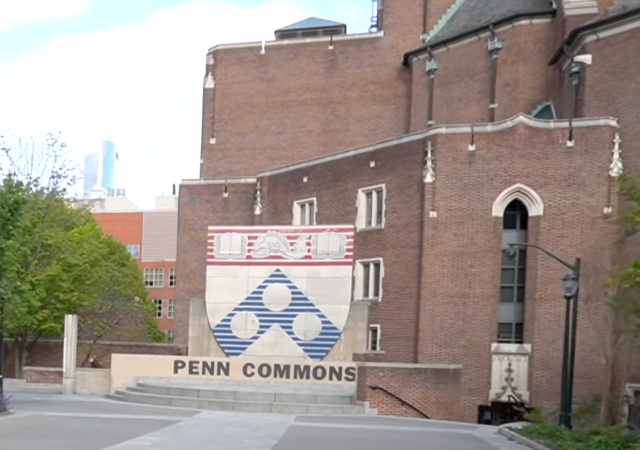 In the two years since Biden took office, the University of Pennsylvania has received tens of millions of dollars from anonymous donors in China.

The University of Pennsylvania is the home of the Penn Biden Center, a Washington, D.C. based think tank, where attorneys found classified documents. This has red flags all over it, no pun intended.

Since Biden’s inauguration, the University of Pennsylvania has received $51 million in foreign funding, including $14 million from unnamed contributors in China and Hong Kong and $2.4 million from unnamed contributors in Saudi Arabia, according to Department of Education records reviewed by the Washington Free Beacon. The school also received $1 million from a source in the Cayman Islands in June to fund its Penn Wharton China program.

This funding is in addition to the $61 million that the University of Pennsylvania received from Chinese donors between 2017 and 2020, which was reported by the Free Beacon in 2021.

The names of the newer foreign donors are being kept under wraps by the Biden administration’s Department of Education—a departure from prior administrations that would publish this information in an online database. American universities that receive federal grants are required by law to disclose their overseas funders to the government.

Rep. James Comer (R-KY), who chairs the House Oversight Committee, is looking into this.

The GOP-led House Oversight and Accountability Committee is seeking information from the University of Pennsylvania about foreign donations and visitors to the Washington think tank where documents marked classified from President Biden’s tenure as vice president were discovered, as the panel expands it probe into Mr. Biden’s handling of government records.

The committee’s chairman, Rep. James Comer of Kentucky, is requesting records related to donations from China to the university and the Penn Biden Center for Diplomacy and Global Engagement, as well as a list of all Chinese donors to both entities since the end of the Obama administration. He is also seeking information on all Penn Biden Center employees, a list of people who had keycard access to the think tank’s office and a log of visitors who met with Mr. Biden at its office.

“It is imperative to understand whether any Biden family members or associates gained access to the classified documents while stored at the Penn Biden Center,” Comer wrote in a letter to University of Pennsylvania President Liz Magill dated Wednesday.

Imagine what Democrats and the media would be saying if this was Trump.

NOTE: The wording of this post has been updated to clarify the location of the Penn Biden Center.

They will take a leaf from the Secret Service. “We don’t keep an official log book of Chinese donations, just a list of regular Chinese donors.”

There may be some mildly embarrassing revelations but the real scope of the corruption and betrayal of Brandon and various government actors will never really come to light.

Some of us have known this for several years. Thanks for someone to finally catch up.

And, Joe even used one of Bill Boy’s famous expressions today, too.

“There’s no there, there.” Isn’t that Joe Biden something else?

“Treason against the United States, shall consist only in levying War against them, or in adhering to their Enemies, giving them Aid and Comfort. No Person shall be convicted of Treason unless on the testimony of two Witnesses to the same overt Act, or on Confession in open Court.”

It’s going to be an interesting two years!

Two years of speculation because all federal witnesses called by congress will stall and play dumb, and any evidence will likely be destroyed.

I’m sure reporters have asked for clarification from Jean-Pierre. And no doubt she told them, “As I have explained to you before, the president has been very clear about this. He insists on transparency.”

And we have always been at war with Eastasia.

How did all this money change hands without Hunter getting his cut up front? The ChiComms should not be able to disregard Hunter like that. It ain’t right! Do they think hookers, coke, mansions and firearms are free???

Who knew the Communist Chinese were so altruistic? I’m so impressed!

Well, that explains the transaction monitoring down to $600. They gotta know where to sent the “thank you” notes.