“Age regression is a mental reversion to a younger age. Transage reflects a longterm incongruence between one’s age identity & their chrono age.” 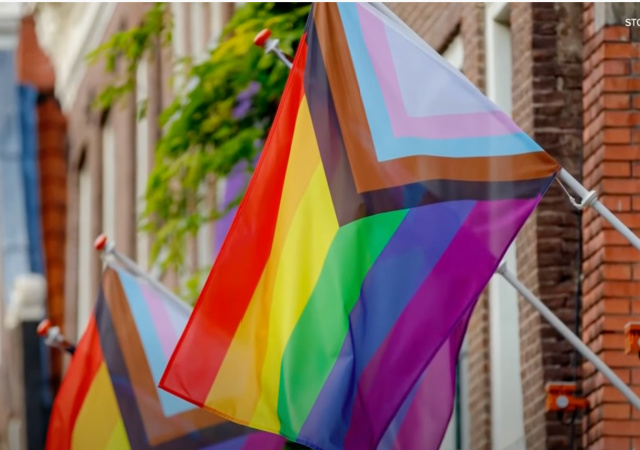 Could this possibly be real? We hope it’s parody.

Transage Activists Now Claim “Age Is A Social Construct,” Just Like We Predicted Would Happen

We were originally told that transgender people just wanted to be accepted into society and use whatever bathroom they chose. Next, we were told that males who considered themselves to be trans women, like collegiate swimmer Lia Thomas, simply wanted to compete in women’s sports. We’ve now arrived at the point where we’re called bigots and transphobes if we don’t agree that men can get their periods and get pregnant too. As the transgender craze got more and more irrational, many of us were left wondering what was next. We speculated that, at some point in the future, people would claim they were transage. It looks like that moment has arrived earlier than expected.

The foundation of the transage claim is that “age is a social construct,” and just because someone might biologically be 18 years old doesn’t necessarily mean they identify with that age. In November, a Twitter account called @agedysphoria shared a thread about what transage is and why transage people wanted to be widely accepted into society. It sounds like something straight out of a dystopian novel.

“Transage people have no intent of trivialising age regression. In fact, many transage people are also age regressors,” she writes. “Age regression is a mental reversion to a younger age. Transage reflects a longterm incongruence between one’s age identity & their chrono age.”

Presumalby, “chrono age” refers to one’s chronological or biological age. @agedysphoria says a person’s transage experience “can be related to age dysphoria.” She shares a graphic that explains what transage is:

Transage is simply the identity we use to explain our experience because it is the most accurate way to describe persistently identifying as an age other than one’s chrono age & typically feeling an intense desire to transition in full or part to living as one’s identified age. pic.twitter.com/qhFQiMrI33

And this opens the door to legitimizing “minor attracted persons” (pedophiles) because either the pervert identifies as a minor or they will claim the minor identified as an adult.

Ding ding, we have a winner

Sexual orientation is already legitimate for Leftists so no transage shouldn’t help MAPs. Okay so Leftists aren’t consistent about respecting sexual orientation, but so long as paedophiles are look but not touch, tempted but refrain from engaging in criminal conduct – or better still work to avoid their temptations, they’re as law abiding as any other citizen and due equal respect and rights.

In the long run transage may help child abusers, and those accused of child abuse after the fact, when they claim X identified as an adult, but that’s not quite the same thing..

Go to any “project” and you will find plenty already.

The inmates have taken control of the asylum.

I may be misremembering, but wasn’t there a legal case in perhaps the Netherlands where a gentleman wanted to identify as a different age and was denied?

Even more money in this than transgender for the medical industry if states or federal government provide free plastic surgery or force insurance companies to cover procedures so your feelings of being 25 can match your body and face looking it too…. Oh it’s gonna happen… just follow the money

The government wants everyone to be perpetual children. They are easier to manipulate and control. And society has been very cooperative over the past 40 or 50 years, thanks to Hollywood and the media. Look around in any public place, and you see a flood of backward ball caps, shorts and jeans covered with holes, flip-flops, pajamas, and bare midriffs. This is just the clothing aspect of this movement, but it’s indicative of what lies beneath.

like gravity, time doesn’t give a damn about your “incongruence”, it just moves on along–and gravity just keeps on pulling

YOU DAMN KIDS GET OFF MY LAWN!!!

I want to be 65 and retire. Can I now do that today? Can I now force the government to pay me Social Security and Medicare regardless of the number of actual times I have ridden the earth around the sun because I now identify as 65?

Age is simply a matter of math. This transage crap is all about pedophelia and man-boy love.

A’RIGHT!!!! I now have a real reason for acting childish! I just knew that this was natural… for me….

Henceforth, my 10yo grandson identifies as 22yo.
Constitutional Carry, y’all. Suck it up, proggies, your rules.

The older I get, the more stupid the young become. Is this what they are talking about?