“Texas A&M employs 46 DEI staffers, in line with the national average of 45.1” 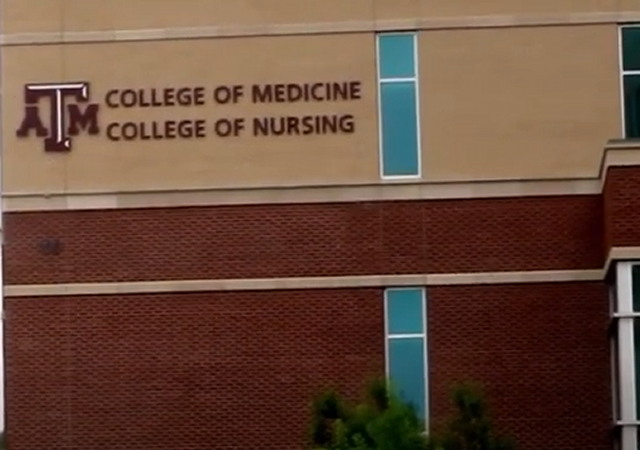 The medical school at Texas A&M has reportedly removed pictures of white male alumni to showcase the school’s diversity.

Apparently, diversity, equity, and inclusion is achieved by excluding some people.

The Texas A&M School of Medicine bragged that removing photos of white male alumni was an example of its institutional commitment to diversity, equity, and inclusion , new documents reveal.

The institution included the response in a survey it completed for the Association of American Medical Colleges last year, which the organization used for its Diversity, Inclusion, Culture, and Equity Inventory. The school’s survey responses were obtained through a Freedom of Information Act request by the medical watchdog group Do No Harm and shared with the Washington Examiner.

The survey detailed a number of institutional commitments to diversity, equity, and inclusion, or DEI, including maintaining “holistic admissions,” requiring diversity training for search committees, and reviewing salaries for “diversity.”

In response to a question that asked schools if they had modified branding and communications displays to eliminate aspects that could be “perceived as noninclusive,” the Texas A&M School of Medicine said it removed “the predominantly white male photos of [the] graduating class prominently displayed on the entrance” to the school.

The school also bragged to the AAMC that a faculty member of color said the medical school communicates “too much” to students, faculty, and staff about its “formal policies related to diversity, inclusion, and equity.”

Here’s more from Maggie Kelly of The College Fix:

Texas A&M College of Medicine enrolls more than 600 students and is ranked number 80 for research out of 192 medical schools in 2023, according to U.S. News & World Report.

“Knowledge is power, and the primary purpose of a tertiary educational institution is to uplift humanity through the continuous advancement of the power of knowledge,” according to Texas A&M College of Medicine’s DEI statement. “Given that knowledge comes from diverse sources and experiences, diversity is a sine qua non of excellence.”

Dr. Stanley Goldfarb, board chairman for Do No Harm, told the Examiner he fears schools like the College of Medicine value diversity over merit, which violates obligation to the public to produce the best possible medical professionals.

“Enhanc[ing] the quality of the medical workforce is the responsibility of medical schools,” Goldfarb said. “If they have more capable individuals that they can bring in compared to the ones that they are bringing in because of these requirements for diversity and they’re not bringing those more qualified, more capable individuals in, they’re eventually producing a workforce that’s going to be less capable.”

Madness. That’s what this is.

“the Texas A&M School of Medicine said it removed “the predominantly white male photos of [the] graduating class prominently displayed on the entrance” to the school.”

Well, so does the CIA.
Also, the photos of their black graduates.

Couldn’t they just do what Newsweak did to O.J. way back when, and darken their appearance?

I suppose they could go the full Trudeau “blackface.”

I think of it as “retro affirmative action.”

Now it’s not a long term
Plan for my children, only an old a$$ person like me, but just know they have been turning out inferior product for at least a decade and watered down all the licensing

As a nurse I saw it, worked with young Drs and saw the changes. Spoke to trusted older Drs, they saw it and were as worried.

The world is insane

Noticed that in our area, too, over the past 5-10 years. Age 60-something physicians retiring (w/solid financial plans), with fewer and possibly less-trained and/or -interested sort-of filling in. I know the stupid Obamacare effects were also a factor.

My present 30-something primary-care P.A. has been great. Very grateful haven’t needed to assess M.D. or hospital experiences for myself yet.

So the lesson here is all diversity is good but some diversity is more good than other diversity? Animal Farm isn’t supposed to be an instruction manual.

The template is South Africa.

And possibly heading for Zimbabwe….

Maybe we will be given an option of extermination or treatment by the DEI hire.

After having my doctor post CDC lies about Covid on his website, I don’t trust him anymore anyway.

Before writing off a doctor you may have had a good relationship with, take the time if you can get him alone and ask him directly if what’s on his site is what he truly believes about COVID. It may be more about survival..

In our case our website has our hours, addresses, and phone numbers, and not much else. Private discussions happen in the exam room. It’s hard to stay in practice and actually help people if deviating from the CDC opinion can result in closure of your practice and revocation of your license.

Is the school planning on withdrawing their degrees next?

This is so deranged, infantile, racist and corrosive. And, Texas A&M possesses the gall to brag about its alleged racial enlightenment.

More appropriate than Texas A&M removing the photos would have been for it to have airbrushed the subjects out of existence, entirely, as Joseph Stalin did to his executed enemies.

Can we all expect all white board members will quit their positions and forfeit all golden parachutes on their exit?

The medical profession as a whole has severely (fatally?) damaged its reputation over the past three years with its constant promoting of the “covid” nonsense and clot shot. This ain’t helping.

“Apparently, diversity, equity, and inclusion is achieved by excluding some people.”

America used to be a melting pot. Not any more. The new goal is:

Several years ago, I was at a party in the Collage Station, TX area. The Apparatchik for “Diversity Compliance” an Assistance Dean of Texas A&M Medical School was in attendance. The Dean was loudly commenting how a first year medical student could not perform Math and Science at the High School level and it was not the student’s fault. The student was of a “Diversity Class” and could not be expected to preform to the required level because of some convoluted reason (I don’t fully remember. It might had something doing with shape and bumps on the scull.) The Dean’s solution was to pass the student for the failure and push the student forward till graduation with this lack. It has been long enough for this person to have completed their studies. I personally with try to avoid graduates of the Texas A&M Medical School for my medical care.

Perhaps all those white alumni that were removed should inform the medical school that they’ve removed them from any consideration for donations or monetary gifts in their wills. If the medical college does not want to acknowledge their existence as alumni then these alumni should not be financially supporting Texas A&M or the Texas A&M medical school.

Kind of doubt it, but won’t be seeing too much of this in the future if we continue down this road of AA, who can’t do HS math…

The solution is to remove calculus from high schools cause math be hard and all. That old joke of “yesterday I couldn’t spell enginer, today I are one” is coming true.

So the right way to impress a DEI auditor is to show how much you punish white people. That’s what the med school did, and they’re the pros at it.

Bear this in mind next time you need to write a DEI statement, for an academic position or any other reason. This what they want to hear, this is what will impress them.

Hopefully you don’t actually do these things, but I think this is how to pass the DEI review stage.

If you are advancing the “power of knowledge”, why do you need DEI?