Stanford University Admits Discriminating Against Jews in the Past

Stanford University Admits Discriminating Against Jews in the Past 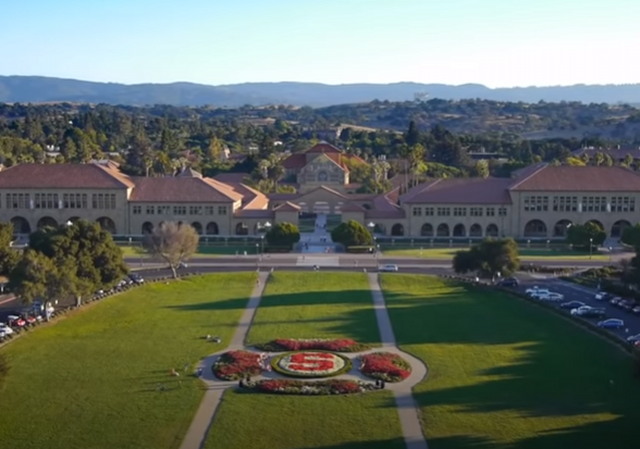 This happened at a lot of schools back in the day. At least Stanford is admitting it.

Affirmative Action at Stanford, Then and Now

Stanford University has just apologized for its past discrimination … against Jews.

As summarized in Stanford Magazine, a presidential task force made up of faculty, students, staff (including a rabbi), an alumnus, and a university trustee released a 75-page report in September, “A Matter Requiring the Utmost Discretion”, whose research was thorough and conclusion unsparing. Their “extensive investigation uncovered two key findings. First, … evidence of actions taken to suppress the number of Jewish students admitted to Stanford during the early 1950s. Second, … that members of the Stanford administration regularly misled parents and friends of applicants, alumni, outside investigators, and trustees who raised concerns about those actions throughout the 1950s and 1960s.” Misled is a euphemism; they lied.

Stanford today is regarded as, in effect, an Ivy League school in a warm climate (graduates often refer to Harvard as “the Stanford of the East”), but that was far from true in the 1950s. Until 1952, admission was not selective; virtually all males who applied were accepted. That changed in 1953, when Stanford first turned to selective admissions—this, not by coincidence, is when it began restricting the number of Jewish students. However, unlike the Ivy League’s restriction of Jewish admissions in the 1920s, Stanford administrators in 1953 had no clear picture of the ideal “Stanford man,” but they knew that too many Jews would distort it.

Unlike the Ivy League, Stanford was always co-ed, but a cap on the number of women had been imposed by Jane Stanford. The task force found no evidence of discrimination against Jewish women applicants (which, of course, does not mean it did not exist, especially since Stanford ceased recruiting from some high schools in Los Angeles with heavily Jewish populations).

At Harvard in the early 1970’s, I was told that they tried to keep the number of Jews admitted in each class to no more than 40%. I was also told that Harvard could fill its entire freshman class with New York Jews and come up with higher average grades and test scores than their actual class.

I believe it is still much easier for a kid from Montana, especially a minority, to get into Harvard than a kid from Brooklyn. That’s especially true if the Brooklyn kid is a girl named Cohen or Wang.

“At least Stanford is admitting it.”
They may regret that when the reparations demands start rolling in.

So, this means reparations, yes?

“Stanford University Admits Discriminating Against Jews in the Past”

This is not news. What would be news is that Stanford admits to “filtering out” slightly higher percentages of White & Asian applicants to achieve a more balanced undergraduate class that was inclusive of Black and other historically-under-represented minority groups. And I am not against this.

As a conservative/libertarian, freedom leads to discrimination. Even if one passes laws, it still happens in subtle ways. Less subtlety, would Harvard or Stanford actually want its freshman class to be 80% Jewish or Asian? How would that be better for their alumni, their “brand” or even those admitted?

I went to college at a very fancy school in the late 1970’s with Black students who may have been admitted under slightly more generous standards. Most of them didn’t have the advantages I had in grade school and high school. And overwhelmingly, they also became successful and contributing members of society. AND they made my school and my class and me better off.

The goal of diversity is fine, and imo, make institutions and communities better. The goal of equality is ridiculous, because our DNA, our parents, our characters, are not equal.

Yuckster – one important correction. The current goal is not “equality.” It is “equity” which is completely ridiculous and defies any consistent definition. You and I both favor equality of opportunity. However, “equity” mandates equal outcomes even if illegal discrimination is needed to reach that goal.