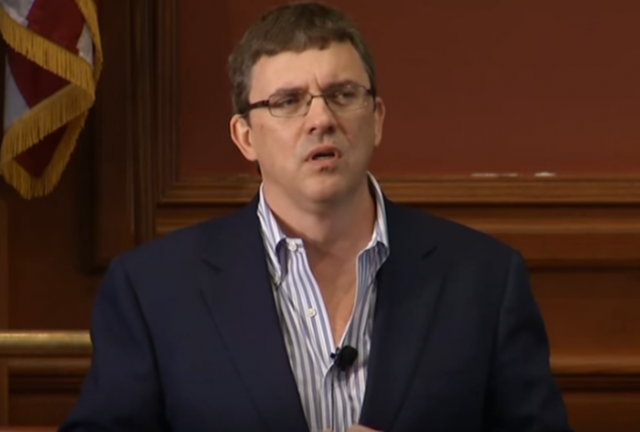 You may know Professor Reynolds as the creator of the Instapundit blog.

How the wokeness it pushes could destroy higher education

“Get woke, go broke.” It’s a phrase people coined to describe the failure of Hollywood’s recent politics-drenched efforts at blockbuster films, from which viewers stayed away in droves. But now it applies to another field: higher education.

College and graduate degrees were comparatively rare before about 1970. People could be quite successful without them, and there was little stigma attached to their absence.

That changed as the baby boomers and the GI Bill hit colleges. By the 1970s, college became an essential ticket to entry in the managerial and professional classes (and even to military promotions). Where higher ed had once been a luxury, it became a necessity to membership in the middle, and especially the upper-middle, class…

That system is falling apart. Higher education’s enormous costs, which have grown at a rate exceeding that of most other items in today’s budgets, have become such that even a good job as a doctor or lawyer often isn’t enough to justify them, and hardly any other professional jobs even come close.

As a result, college enrollments are plummeting — nationwide undergraduate enrollment fell by 650,000 in a single year, spring 2021 to 2022. It’s down 14% in the past decade, even as the US population grows.

But there’s a new wrinkle. It’s not just colleges that are “woke,” it’s also employers. And woke employers are pursuing a new strategy that may make colleges go broke faster, as notions of “equity” and “privilege” popular on campus spread to the corporate world.

As The Post reported recently, some employers are asking applicants to leave the colleges they attended off their applications. Instead of the school, they are simply to list the degree. Whether it came from Harvard or Slippery Rock won’t matter anymore because the employer doesn’t want to know. Prestige degrees confer “privilege,” you know, and that’s bad for equity.

As Professor Reynolds would say, read the whole thing.

And you can even abbreviate the degree now.
“I got a degree in BS.”

That headline must be from a few years ago. You can put that in the past tense now.

Wokeness is destroying all of education

Combine Paula’s and Steven’s comments: Wokeness has already destroyed all of education in this country.

I see my intended remark about “destroyed already” has been used already.

But woke employers? I had read about employers rejecting resumes that boast of degrees from woke universities. Nobody wants to hire an entitled and undereducated brat who can’t add and places no value on the correct answer. “Woke employers” sounds like they’re in a hurry to burn through their venture capital.

American college instructors cannot teach things that they , themselves, do not know.

It is obvious that there’s been a huge influx of Spanish-speakers.

So, any reasonably sane K-12 and higher educational system would emphasize teaching/learning of Spanish.

By ignoring the importance of Spanish fluency for young adult Americans’ future success … virtually all colleges in America disqualify themselves as incompetent to pass themselves as authorities in matters of “educating” our youth.

They are frauds. Or just incompetents.

Many of them surely are fully aware of this reality but they must remain silent out of self-interest.

If you are an American teen , say, about ~15 or ~17 years old, then you basically have about five or ten years to acquire skill sets that will make you employable well into your future adulthood. In America, that means:

1. Learn Spanish. Start online and work up from there. Your goal is to pass the DELE C1 or SIELE C1 or the CELU Advanced. This is do-able. Do it.

2. Learn a job. Waitering. Bartending. Teaching ESL. Construction. Au pair. Other. These are not jobs you’ll plan to do forever; they’re jobs you’ll do between now and approximately age ~25 or so.

If you follow this simple plan then you’ll reach your mid-20’s with qualifications and experiences that any employer in the U.S. will value. And pay for. No matter what additional college or any other education you choose to pursue. Or not pursue.

“Higher Education” has already destroyed itself. Wokeness is a symptom, not the cause.

In Higher Ed, as with many diseases, it’s the symptom that finally, directly kills you, while the causing disease would find any number of other ways. The one that gets you just got there first.