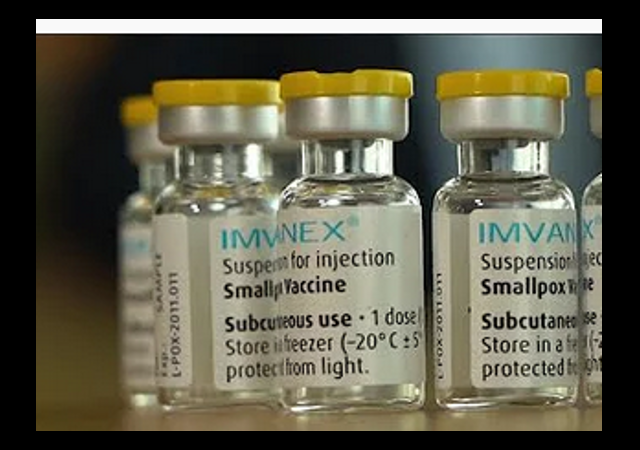 As we look forward to 2023, it is worthwhile to check in on the news related to monkeypox, which has been rebranded ‘mpox’ because of woke antics in global and national public health organizations.

Despite it being a hot topic this summer, mpox has nearly disappeared from the media spotlight. However, there were a few bits of information that have recently been published that are worth looking at.

One of the big lessons that should have been learned in the wake of the many covid pandemic response failures is not to promote narrative science and to denounce flawed studies. However, it turns out British officials included “trans women” in the count of “females” infected with monkeypox.

Health officials have been accused of sacrificing science to political correctness by including trans women in official figures for females infected with monkeypox.

The latest, published on December 20, states that of 3,706 ‘confirmed or highly probable cases… where gender information was available, 3,653 were men and 53 were women’.

But, questioned last week by The Mail on Sunday, the UKHSA admitted that the 53 figure ‘includes both cis and transgender women’.

Nowhere within the 31 epidemiological overviews that the UKHSA has published since June is it revealed that the figures for women also include cases affecting trans women.

A technical briefing, published in September, states: ‘Of 45 cases who were women aged 16 and above, 16 out of 44 (36 per cent) with available information were transgender women.’

Such manipulation is dangerous. Not only does it distort correct risk assessment results, but also prevents people from obtaining the truth about the true modes of transmission. Sex between men was fueling the monkeypox outbreak.

A growing body of evidence supports that sexual transmission, particularly through seminal fluids, is occurring with the current MPX outbreak,” said Dr. Aniruddha Hazra, medical director of the University of Chicago Sexual Wellness Clinic, referring to monkeypox and to recent studies that found the virus in semen.

Consequently, scientists told NBC News that the Centers for Disease Control and Prevention and other public health authorities should update their monkeypox communication strategies to more strongly emphasize the centrality of intercourse among gay and bisexual men, who comprise nearly all U.S. cases, to the virus’ spread.

Mercifully, there were at least a few adults inc charge of the response. Some good choices were made in vaccine use and directing the infection prevention campaign at the appropriate risk group.

The group of men who have sex with men at highest risk proved willing to change behaviors to avoid infection, according to a CDC study, slowing the virus’ spread while the government scrambled to catch up.

A controversial decision to split vaccine doses into fifths and use an intradermal injection method — depositing the vaccine into the skin rather than under it — appears to have paid off as well based on early studies, multiplying the supply without sacrificing the vaccines’ protectiveness.

Cases have dropped to fewer than ten per day for most days in December, and the virus appears to be on the decline.

Nearly 30,000 Americans contracted monkeypox during this summer’s outbreak, which corresponded to the timing of worldwide gay pride events. At least 20 people died. Despite its essentially being dropped from the media radar, there are reasons for lingering concern.

Although the number of monkeypox cases has plummeted, experts caution that the virus could rebound.

They said they believe people most at risk probably have resumed their usual sexual behavior. If monkeypox establishes itself in animal hosts in the United States, it could become a permanent threat, as it is in parts of Africa. And the vaccination campaign has slowed.

Monkeypox, we hardly knew ye! I can’t begin to guess what 2023’s featured infectious disease will be.

Wow, stigma works as a means of changing behavior. Who knew?

No one ever forgot, That’s why wokesters are so eager to cancel you.

You have to admit, they are pretty clever. No one will ever be able to figure that mpox is the new name for monkeypox.

The picture shows vials of smallpox vaccine. That must be an old photo. Little People have complained and the name has been changed to spox.

It will always be “monkeypox” to me. I refuse to bend the knee to this woke B.S.

Well, let’s see, the monkeypox scare fizzled out when it became general knowledge that they only way to get infected was to have very questionable, unprotected sex. Then comes the Tripledemic with the Coviod, RSV, Flu threat. Which has also fizzled out for the democrats. I sincerely wonder what the democrats are going to try and pull next in their never ending quest to find a disease that will allow them to manipulate the 2024 presidential election.

It also fizzled out about the time we started getting reports of kids and pets getting it.

They don’t need to do anything more. they already have their mail in ballot, drop box ballot harvesting machinery in place, and republicans have shown no interest in reform. Game set and match to democrats. It was a nice republic but we didn’t keep it, sorry Franklin. Our bad.

What do you think gain-of-function research is for?

First Partner: “Have you been out of the country in the last 30 days, have a fever, or have been exposed to monkey pox?”

Second Partner: “No. But I have mpox.”

First Partner: “Okay, that sounds safe. Let’s do it.”

Just like their ‘Stop Asian Hate’ crap, they dropped Monkeypox like a hot potato as soon as they realized that the ones actually involved were one of their Special Protected Classes.

” . . . the virus appears to be on the decline.” Because the elite-owed mainstream media decided to stop covering the critical issue. The tyrant’s agendas will not be trifled with and negative news stories that harm New World Order evils are ignored allowing their “errors of omission” to work its wonders with slithering in that eventual one-world government owned and operated in totality by a hereditary elite class.

The New Dark Age for us is on the way. The Golden Age for the elites and their minions, cohorts and lackeys will likely be a ten-thousand-year “Reich” or longer due to how modern societies operate.

Well, the bottom-of-the-barrel networks, cnn, msnbc, are both warning about the newest strain of the flu. They say it is overwhelming hospitals all over the country and we should all rush out and get the “Government” approved vaccine. This is the same government agency that told us to wear masks that they said weren’t effective and to stand 6 feet apart but they picked that number out of thin air with zero science involved. This is the same government that did not require continuous reporting on adverse side effects of the Covid vaccines. They also forgot to ask big pharma if vaccinated people could transmit the virus! Phizer CEO said no one had ever asked them if it would stop the transmission of Covid once the vaccine was taken! And this is the agency that you are supposed to trust?

Quite rightly, monkey-pox has been described as yet another disease of “the un-vaginated.”

“Mpox” combines a transmissibility only slightly higher than AIDS, and a death rate and other effects no worse than influenza. There is also a fairly effective vaccine, which does not need frequent updates and repeated shots to remain effective. There was no reason to ever panic about it – unless you are unvaccinated and make a habit of unprotected anal sex with strangers. But that habit also exposes you to AIDS and almost every other infectious disease your sex partners may happen to carry. It seems like the population of men who are unwilling to change their habits even temporarily from concern about a new disease is not what it used to be before AIDS…

It’s possible that mpox will make a comeback as gay men come to realize that it’s irrational to worry any more about mpox than they worried about catching influenza through unprotected sex (or just heavy breathing). But by that time, it’s likely that most gay men will be vaccinated against mpox, although still pretty vulnerable to influenza, COVID-19, and AIDS.