“The Defendants in this case did not follow the procedural requirements necessary for this legislation to stand up to the strict scrutiny that is required when restricting rights to avoid definitional irreparable harm.” 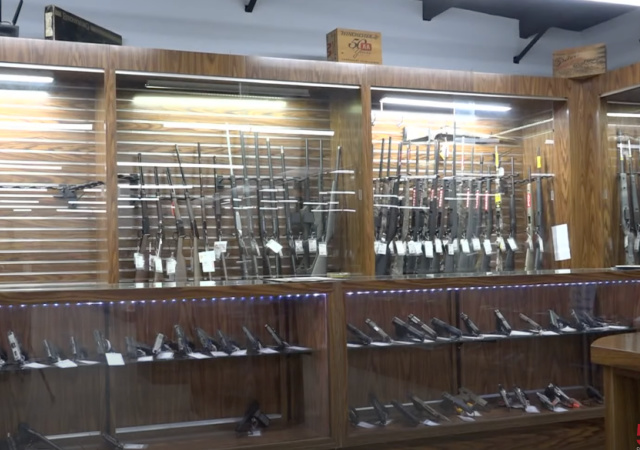 Judge Joshua Morrison of the Circuit Court of the Fourth Judicial Circuit in Effingham County, Illinois, placed a temporary restraining order on the Illinois gun ban.

HB 5471 “bans the delivery, sale and purchase of any” of those so-called “assault weapons” in Illinois. It also doesn’t allow a rifle “to accommodate more than 10 rounds, with a 15-round limit for handguns.”

Morrison’s decision addressed Accuracy Firearms and the other plaintiffs, coming to over 860 Plaintiffs.

The decision only affects those Plaintiffs, not everyone in Illinois.

Any legislation that has the potential to restrict fundamental Constitutional rights must be considered carefully. The Defendants in this case did not follow the procedural requirements necessary for this legislation to stand up to the strict scrutiny that is required when restricting rights to avoid definitional irreparable harm. Further, this legislation has used criteria to choose who can and cannot possess the weapons that without due consideration. Additioonally, due to the speed with which this bill was passed, the effect to pretcted classes could not have been considered, nor could the Legislature have studied if this was the least restrictive way to meet their goal.

Strict scrutiny, finally. Bruen is gonna be a problem for the totalitarians. They keep ignoring it and pushing statutes and/or rulings that don’t comport with it’s requirements and sooner or later they will give SCOTUS the opportunity to go further in restoring the 2nd amendment in practice Nationwide.

It’s so nice when judges admit the same obvious violations anybody can see.

Some liberal judges are so deluded that they relish being overturned or engaging in sadism as in the Federal Courts in Washington DC or NY when a Republican is before the court . It is nice to see one obey the law for a change.

While the former is a cult, the latter is a civil right.

RI Governor Dan McKee giggled in delight how he’ll wait for an assault style weapons bill to hit his desk.

I’ll lay odds he couldn’t give a description or definition of what’s considered an assault styled weapon. To me, a kitchen meat mallet is can be used to assault another as much as a closed fist.

Kwame is a joke. Another affirmative action candidate selected by the Machine.

Yeah, but no ha ha funny.

Chicago blacks want this law because they can’t take the guns away from their kids.

Every time a government does stuff, the governed get a civics lesson. Like with this story. “Nice proclamation of stupid, there. Hey, people, do these guys get to do that?”

Notionally, the US operates with enumerated negative rights, strict scrutiny for stuff encroaching on enumerated rights say The Supremes (recently), and right to seek redress of grievances as part of the deal. There’s limited, less specific gesture to positive rights — look at the preamble — that is more honored in the breach for a long time now. Meanwhile, some people try to “govern” things, whatever they think that means.

Look at that play out with this law n challenges. It’s a civics lesson watching the thing work.

The second lesson is the choice — do we wanna work these ways with all the impediment from the rituals and the unwashed, or do we wanna let the better informed betters direct as they will because they know better because they are better, just ask them.

Behind that is whether we want to govern ourselves, or delegate that — plenty of select humans at Davos right now who think theirs the only opinions that matter. (They need to get in line. These babbling softies will be surprised if their self-congratulation club starts crowding real power. Try not paying one of their comfort women, for example…)

So many civics lessons in the one event. Our friends in The Great White North have been getting a series of similar lessons over the last couple years.

“Nice statement of rights you have there. Do you notice that there’s no set of words some slick language-wrangler can’t twist to anydamnthing if you let em? BTW, did you catch that guy bragging about manufacturing these tools? That what you want?”

The only way round the inevitable learning is to make the governed folks blind, silent, and thoughtless. Even then, even fungus adapts.

(*)/meta: I don’t have a better reading navigation hack between a short hit n enumerating. Paragraphing works, but people don’t read that way these days.

Better notions would be better, if somebody’s got one.

So weird it was even hard to even figure out the headline. Nuthin’ fishier than law.