Schools urged U.S. News to give more weight to bar passage and employment rates but less to how much schools pay or don’t pay per student, how much debt they load onto students, and schools’ refusal to tie scholarships to admissions tests. 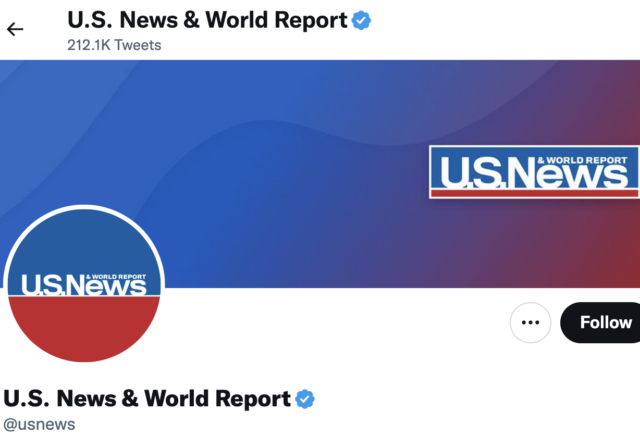 The rankings team of U.S. News & World Report embarked on a listening tour after a number of law schools announced that they would no longer participate in the publication’s law school rankings.

The Wall Street Journal reports: “Robert Morse, U.S. News’ chief data strategist, and Stephanie Salmon, senior vice president for data and information strategy, spent much of December in Zoom meetings with scores of deans.” The deans wanted U.S. News to focus on bar exam passage rates and employment rates, but to ignore or soft-pedal how much debt students incur to pay schools, how much schools spend on their students, and schools’ refusal to tie financial aid to academic merit.

The upshot? In a letter sent January 2 to law school deans, U.S. News announced that it is revamping some elements of its rankings methodology. The changes will include the following:

Reputation: School “reputation”, as measured by surveying deans, faculty, lawyers, and judges, will count for less. How much less, the letter didn’t say. The surveys currently account for some 40% of a school’s score. That does seem excessive. I suppose the idea is to get knowledgeable insiders to rate school quality, but it seems sort of like people who are famous for being famous, not for having accomplished anything.

School spending per-student: The revised rankings will no longer take into account schools’ per-student expenditures. That favored the wealthiest schools. Certainly, this factor could inflate the quality of schools with big budgets. (On the other hand, it’s not clear how much this factor previously measured expenditures devoted to educational quality, as opposed to, for example counting money spent on administrative overhead of no real educational value.)

The latter criterion essentially measures school inputs. What about outputs? In their letter, Morse and Salmon wrote:

We also received broad feedback that the rankings should place more weight on outcomes, such as bar passage and employment outcomes, thereby reflecting students’ concerns when making law school decisions. We largely agree, as demonstrated by changes made to the methodology over the years.

Job placement/graduate hiring rate: The new ranking methodology will count graduates with school-funded public-interest legal fellowships or who go on to additional graduate programs the same as they would other employed graduates. No doubt U.S. News’ previous resistance to doing so arose from concern that schools might game the system by throwing money at new graduates who hadn’t found jobs so it looks like they found a job, even if no one wanted to hire them; and this is a way for big-budget schools to guarantee they report that all their graduates found jobs. On the other hand, school-funded fellowships can enable new lawyers to gain valuable experience that makes them more marketable, while letting them do sometimes-worthwhile non-profit work.

Mr. Morse and Ms. Salmon said they also heard concerns in their meetings about how U.S. News considers diversity and loan forgiveness and potentially encourages awarding scholarships based on LSAT scores rather than on financial need. They wrote in the Monday letter that those issues “will require additional time and collaboration to address” so won’t be overhauled now.

The unspoken subtext here concerns the fact that many law schools admit less-qualified students from what the American Bar Association calls underrepresented groups.

Surprise! During the last few years, many undergraduate colleges have dropped their admissions testing requirements. As LIF previously reported, the ABA is currently planning to ditch its requirement that law schools require applicants to submit admissions test scores. (The proposal won’t be finalized unless and until it’s approved at the ABA’s House of Delegates meeting next month.)

The war on academic merit (for admissions, scholarships, and other things) is in part a war against equal treatment and equal opportunity, which schools have effectively replaced with a caste system. Admissions and scholarships are apportioned based on applicants’ racial, ethnic, sex, gender-orientation, and gender-identification castes.

The other issue, loan forgiveness, is somewhat related to schools’ desire to earmark more money to members of racial and other castes. It is also related to schools’ refusal to prioritize keeping tuition affordable on the front end. Instead, schools demand detailed financial information from all applicants and their parents, and make themselves the arbiters of how much each parent and child should (in the schools’ view) be required to pay, rather than having one price for all; and granting loan forgiveness to some on the back end. “I will be gracious to whom I will be gracious, and will show mercy on whom I will show mercy.”

Harvard Law School Dean John Manning took aim at the rankings’ debt metric in the school’s announcement they were leaving the rankings, saying it encouraged schools to only admit wealthy individuals who could afford to pay and didn’t take into account the school’s loan forgiveness programs.

At U.S. News, we believe you deserve access to all the data and information necessary to make a decision that is right for you. Read our commitment to the important journalism required for ranking institutions. https://t.co/VL0JLlu4D3 pic.twitter.com/IPDL9NF3oQ

Perhaps for this reason, U.S. News also issued a public letter to prospective law students, subtly suggesting that its dispute with some law schools is less about the quality of the ratings than about its desire to provide more information, and schools’ desire to suppress it:

With admissions more competitive, the process complex and tuition increasingly expensive, we believe you deserve access to all the data and information necessary to make a decision that is right for you… We also plan to make more of the data we have collected available to you so that you can run deeper comparisons among law schools.

Gotta keep the college scam going for a few more years before the plebs realize they are being hosed.

Tuition for Harvard in 1970 was about $4,000. Today, it’s about $52,000. Inflation alone cannot explain this dramatic increase. However, all that up there in the author’s post can explain the majority of it.

The difference is your vehicle in 2022 is made of more advanced technology than your car in 1970 is, not to mention it is far safer to drive. The same cannot be said of an education which, as Good Will Hunting said, can be had for “a $1.50 in late fees at the public library.”

For academia as a whole the better metric is the incoming class v their normal graduation. For example if 100 are admitted but 30 drop out then the admissions criteria is too lenient and academic mismatch has probably occurred.

Congress can fix this somewhat by requiring the applicant for a student loan to score X on standard tests for each tier of school. A low score is ok for a community college but not ok for Stanford. Let the school admit whom the wish but only where the school is 100% on the hook for financing attendance of those with less than adequate test scores.

“Surprise! During the last few years, many undergraduate colleges have dropped their admissions testing requirements.”

For many colleges, especially the ones facing declining enrollment, this is more about survival than diversity. Test-optional admission is really just about putting slop in an underfilled trough, and I do intend for that metaphor to have several levels.