This is how to do it. Rufo: “Left-wing radicals have spent the past fifty years on a ‘long march through the institutions.’ We are going to reverse that process, starting now. Gov. DeSantis has laid out a vision for recapturing the institutions and restoring them to American principles.” 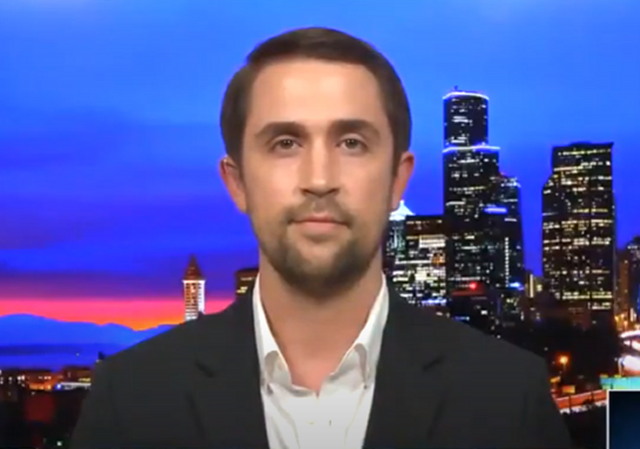 I’ve lectured and written many times how higher education cannot be transformed from within, there has to be outside action. The bureaucracies, particulary as to DEI, are too entrenched and powerful, as are the ideologically one-sided faculty, senior administrators, and Trustees.

Florida Governor Ron DeSantis is showing how transformation is possible. His “Stop Woke Act” may or may not survive judicial review (so far not), but he’s taking a more productive route that needs to be emulated in all red states: Take on the bureaucracy at every level.

DeSantis already has requested that Florida’s public universities report by next week the amounts of money and administration spent on DEI. What he does with that information likely will be to gut the DEI non-academic infrastructure, but that’s to be determined.

Today DeSantis announced a total “lol” move that legit made me laugh. He appointed Chris Rufo and two other conservatives to the Board of Trustees of New College of Florida, a small public lefty college modeled on northeastern liberal colleges. I looked into it when applying to college in the late 1970’s, at which point it was relatively new; I don’t even remember if I applied.

The formal announcement was made today, and if you didn’t know the players, you might think not much about it. Rufo, of course, is the person who more than anyone brought to public attention radical Critical Race Theory in higher education.

"Starting today, the ship is turning around. New College of Florida, under the governor’s new appointees, will be refocused on its founding mission of providing a world-class quality education with an exceptional focus on the classics," DeSantis press secy @BryanDGriffin told me.

Gov. Ron DeSantis has appointed conservative activist Christopher Rufo and five others to the New College of Florida Board of Trustees in his continuing move to eliminate “political ideology” from public higher education.

With the six new members of the school’s Board of Trustees, the DeSantis admin plans to weed out concepts like diversity, equity and inclusion (DEI) and critical race theory (CRT). The move comes amid low student enrollment at the New College of Florida and as DeSantis ramps up his second term.

“Starting today, the ship is turning around,” DeSantis Press Secretary Bryan Griffin continued. “New College of Florida, under the Governor’s new appointees, will be refocused on its founding mission of providing a world-class quality education with an exceptional focus on the classics.” …

“It is our hope that New College of Florida will become Florida’s classical college, more along the lines of a Hillsdale of the South,” DeSantis Chief of Staff James Uthmeier said in a statement.

I'm proud to announce that Gov. Ron DeSantis has appointed me to the Board of Trustees of the New College of Florida.

My ambition is to help the new board majority transform New College into a classical liberal arts institution.

We are recapturing higher education. pic.twitter.com/wu7OKRhzhM

Left-wing radicals have spent the past fifty years on a "long march through the institutions."

We are going to reverse that process, starting now.

Gov. DeSantis has laid out a vision for recapturing the institutions and restoring them to American principles.

I'm already getting flooded with requests from professors who want to work at New College of Florida.

We are going to be recruiting new faculty in the coming months and will create an institution where academics can thrive, without self-censorship.

This is not possible in the private sector and in most states. From what I’m told, it’s not possible in a place like Texas, where there is no political will to take on the UT and TAMU Boards. But it’s a model nonetheless.

It’s also a model for recapturing and taking on the federal government bureaucracy. Not just talk, but action. It will take control of Congress and a Republican president with the guts and skill to do it.

This is the song that immediately came to mind when I heard this news.

I, for one, stand ready to get thongs done when my country needs me.

Personally I prefer to get thongs un-done

But to each his (or her) own

Are you saying the preview button does not work (in which I case I need to alert TPTB) or that autocorrect is a problem (in which case, there is nothing I can do about that)?

Not to speak for our friend, but for me I call it an Idiot Button instead of an Edit Button. I like the preview feature (working fine here) but sometimes I still miss something stupid, because I’m stupid and don’t see it until long after hitting Submit. Failsafe for the failsafe. Now we know that ain’t gonna happen.

On the other hand – this is a comment section, no one is writing a doctoral thesis or submitting to a publisher. Even when I put something down I wish I hadn’t, I forget about it. Most my errors are when I’m commenting on my phone. In the grand scheme of things, who cares. When I see something like “thong” I like that because it shows we’re human and it’s just funny.

Maybe you got it right; have y0u seen his wardrobe?

Why is that a problem? Every time DeSantis gets mentioned you’re here complaining. We get it. You don’t like him. Whatever.

TAMU Board became a liberal disgusting board once Bush 1 got his library there, use to be the Icon of Comservative higher education in Texas

Now you can’t distinguish it from Austin, which really is unimaginable

My daughter was recruited by Coach Blair in 2003 Women’s basketball.

I really wish she had gone there, she would have had a National championship, but kids….

What’s funny , or not, she ended up
With her Masters and Doctorate for A&M

It was a few years back, very conservative, but alas , a different governor

Nope. UATX was announced a bit over a year ago, and is in the process of setting up and getting accredited, but has already started doing some excellent programs by leading scholars.

They have also raised a great deal of cash. It’s 100% private.

I’ve heard of a second private startup, to be called Reliance.

Meanwhile, the faculty at New College are going to *flip out.*

Far as I knew, New College has been Left wing since its inception.

Of course it is. It’s modeled on the New College of New York which has since changed it’s name. I had a college professor from there. She was a far left crank and not too bright it seemed to me. Brought up in leftist environs by rich parents, never exposed to the real world. She had no idea what to make of an Army Vet on the GI Bill that spoke up in class and questioned her nonsense.

Yeah. I’ve lived in Florida since the 1970s and New College was always a proggie school, Florida’s version of Evergreen. Back in the 80s it was well known for drug parties. They are not going to like this

Ha – that reminded me of a novel I recently read – Nevergreen. Funny and horrifying in equal measure.

As an alumna of New College, I could not be happier! This news made my week!!

Ok, belly laughs at all the woke nonsense administrators that will post tweets caterwauling about this and pledging fealty to the Mob on their way out. I sincerely hope they will all follow through on the Progressives threat to move to Canada

Great stuff and it makes me wonder why other R governors are not following DeSantis’ lead in taking on the culture war. But as they say, personnel is policy, this can’t succeed unless nearly every employee and faculty is replaced. They might get away with keeping the folks who work the physical plant, but that’s about it.

Oh, that we in Texas could force Greg Abbott to have a transfusion of courage and leadership from DeSantis. Despite appointing every single regent on every state university board of regents, wokeism is growing at every Texas public university . . . because Abbott is simply too cowardly or captured by the system to do anything, and the people he appoints as regents are a bunch of “go-along” potted plants.

DeSantis, on the other hand, gets it done.

It will be interesting to see how the new board handles tenured leftist faculty.

Probably the same way the leftists handled tenured conservative profs at leftist institutions? Micromanage their syllabi / courses /student interaction until they either retire or leave for greener pastures.

While that is a tool another tool is going to be hiring alternatives. While it won’t be a direct way to handle them hiring professors who will not toe to the line means fewer students enrolling in their leftist classes.

Being unable to fill your classroom does get a lot of professors to seek greener pastures.

I am speculating of course but I wouldn’t be surprised if your suggestion is accompanied by an announced expansion of the faculty assuming the money exists.

Are you sure? If a University want’s to have an entire faculty of tenured Prof’s what’s to stop them except the Tenured who like their little elite club?

But you could separate fields from a department. A department of American History independent of history overall would allow for new tenured positions that could be handed out to non-leftist professors and would result in some of the worst of the history classes suddenly having fewer students thanks to the new American history field.

My idea is of course purely speculative, I have no proof Chris Rufo or anyone else have new professorships as a solution (or have the money to do it) and your right to say that there are limits to what you could do that way but it is a possibility.

The new board could remove all tenure, I think. It’s not written in stone.

Some advice for Gov. DeSantis and his appointees: start welcoming national fraternities and sororities to establish chapters on the New College campus. This will empower the students to build their own institutions that can promote values such as “rewarding merit” instead of DEI.

My daughter was interested in New College in the late 1980s. She visited it and was turned off by the widespread drug use.

Why did this take so long? Why is this not being done with every college in Florida? Ask every governor in ever state for a report card on every college and university to which they appoint trustees and regents and board members.

Write a regular report about every state in the U.S. and the extent to which this woke poisoning is occurring and what is being done about it (or isn’t).

I heart this so much my heart is hearting faster.

Good start for Florida. Now, if he could just do something about all the bugs…lol.