Adam Schiff: “Thinking of the families of law enforcement officers we lost that dark day.” No LEO died on J6 at the Capitol. 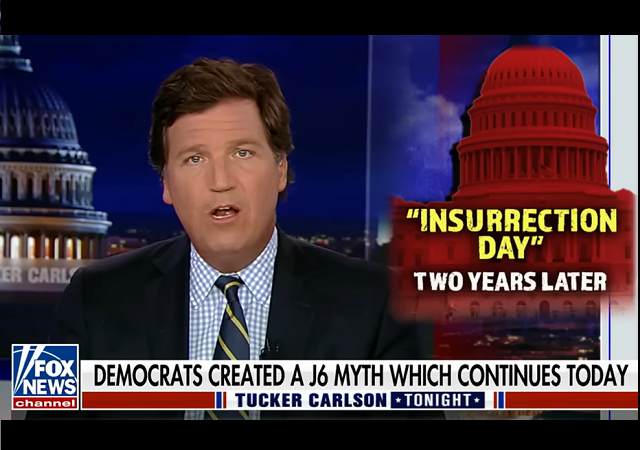 As everyone knows, including the Democrats telling lies, no police officer died on January 6, 2021 at the U.S. Capitol. Yet to hear Democrats on Friday, you’d think five died at the Capitol heroically fighting for “our democracy.”

A group of House Democrats descended the steps around 10 a.m. for a ceremony honoring the Capitol and Metropolitan Police officers who died in the aftermath of the attack.

“We stand here today with our democracy intact because of those officers,” said incoming House Minority Leader Hakeem Jeffries of New York.

. . . . At the end of the ceremony, families of fallen police officers read their names as a bell rang out. About 140 officers were injured in the attack, and six died in the days and months afterward.

Capitol Police Officer Brian Sicknick suffered fatal strokes and died a day after the riot. Sicknick’s estate on Thursday named Trump as a defendant in a wrongful death lawsuit alleging the former president’s “incendiary” rhetoric and false claims led to his death. The Office of the Chief Medical Examiner in Washington ruled the manner of death “natural,” although the Capitol Police said in a subsequent statement that Sicknick “died in the line of duty, courageously defending Congress and the Capitol.”

Capitol Police Officer Howard Charles Liebengood died by suicide after the attack, as did Metropolitan Police Officers Jeffrey Smith, Kyle DeFreytag and Gunther Hashida. And William “Billy” Evans, an 18-year Capitol Police veteran, was killed in a separate attack in April 2021 when a man rammed his car through a barrier.

Evans, as it turns out, was killed by a member of the Nation of Islam, not anyone associated with Trump or the MAGA movement, but let’s not let little things like facts get in the way of the completely phony and false “narrative.”

However, Biden also honored Capitol Police Officer Billy Evans, who was murdered in April 2021 when a member of the Nation of Islam ran over him with a car.

The president strongly implied that Evans’ murder was related to Trump supporters.

“Today is a ceremony to honor heroes of Jan. 6, but also to recognize the late U.S. Capitol Police Officer Billy Evans,” Biden said. “His family is with us today. Three months after Jan. 6, while they were still cordoning off the Capitol because … threats by these sick insurrectionists continued to be profligated on the internet, again all of America saw what happened when Officer Evans was killed defending a checkpoint he had to go through to get to the Capitol because of these God-awful, sick threats that continue to move forward.”

Democrats were all over the place sharing their thoughts about the Capitol police officers who . . . were present at the Capitol on J6 and died of suicide or natural causes days, weeks, or months later.

On the 2nd anniversary of the Jan. 6 insurrection, my thoughts are with the five Capitol Police officers who lost their lives as a result of the attack.

I will always be grateful for their service to our democracy.

This is utter bullshit.

Four people died on Jan. 6: 2 Trump supporters from heart attack, one from drug overdose, another from being shot by Capitol Police. No police officers died that day.

The insurrection on January 6th, 2021 was a day I will never forget. Every day we must choose to stand up for our democracy – like the dedicated Capitol staff and police officers, including the late Brian Sicknick – did that day. pic.twitter.com/u5Tk9PTSJC

The January 6th insurrection was a day of unimaginable horror, but also of extraordinary heroism, as our courageous law enforcement officers protected the Capitol. We are grateful to these heroes, and we continue to pray for the fallen, the afflicted and their families. pic.twitter.com/sm3N4K06Pf

Tucker Carlson was having none of it. Watch:

LEO fatalities on January 6 were six cops… for small values of six.

I am sure that ,,, if they could get away with this…. the Left would call 1-6 “double plus ungood”. More than anything this shows the depth of the Deep (Blue) State and it’s D.C. swamp. D.C. is better than Harare… sort of. The narrative has been solidified by the UniParty and so many have abandoned those in the slammer. Presently reading a book on how the Soviets solidified power in Eastern Europe after WWII. Have to keep repeating to myself that this is about Soviet Communists…..

The suicides are too numerous to be coincidental.
My tinfoil hat whispers that these cops were Epsteined for knowing things about what happened that day, things the swamp wanted kept hidden.

It’s a certainty. Just as there are no statistical election anomalies, there were no suicide anomalies.

Maybe but correlation does not equal causation or something like that. Could be nothing more than a coincidence but let’s look into it and find out.

Indeed. Have the Capitol Police ever had 4 suicides in a year before, let alone 4 on the same day?

Their conduct is very disgusting, watched the video of the ceremony with a sailor ringing a bell . Didn’t see a story but a comment said Sicknick family is going to sue DJT for the death that’s how twisted it is getting and bet I DC they could win and they know it.
Often write we are reliving the Communist Revolution

Maybe but will that not open up discovery by DJT’s lawyers to all the pictures, communications, video etc of the Administration which includes the DOJ, Pelosi, Capital Police etc?? Could be quite interesting. Once Trumps lawyers make that move look for the family to suddenly drop the lawsuit.

That would require the judge to allow the motion(s) and order the release of the evidence. Can you really imagine Emmett Sullivan doing that? Any of the other DC judges?

At some point it may become necessary to bash the face of every lying c*nt who repeats this slander.

Matt Bracken’s What I Saw at The Coup” should be required reading for “journalists.”

If the media lies, the media dies.
You take a side, you’re along for the ride.
A traitor in front of a camera is still just a traitor.

Far too late for changing the trajectory of the media. They are committed to being the propaganda arm of the Socialist/Communist Party (SCP) and will stay the course to either their ultimate destruction or the country’s destruction.

Anything Schiff says is devoid of a factual basis

How many of those “suicides” knew something about what went down with the intelligence committee?

How about they couldn’t live with the handling of the murder of an unarmed young woman?

There’s an awful lot of ‘suicides’ that require a deeper investigation. Were they predisposed and J6 was a trigger? It seems odd those who decided to end their life would pick a convenient event to do so even if the actions were not on the date of J6.

That also struck me as rather strange. The cause of suicide really does need to be investigated if for nothing else than to identify triggers if possible and try and remedy those.

Sicknick’s estate on Thursday named Trump as a defendant in a wrongful death lawsuit . . .
______

Democrats lie, because it’s just what they do. They need to lie the way most species need to breathe. Sadly, the problem is the evident stupidity and ignorance of the people who vote for them, who accept these lies at face value, and like political Karens, will parrot them at high decibel to anybody who tries to speak the truth.

At some level, Biden based his 2020 campaign on the Charlottesville riot, which looks more and more like another federal persuasion op the farther we get from it. He’s still lying about it on a regular basis.

Sounds like the play in 2024 is going to be Jan 6, as they don’t have a single issue upon which to run. This is just a start. Cheers –