“Colorado earmarked $5 million to assist people identified as migrants, including helping them purchase bus tickets. About half the money is allocated already.” 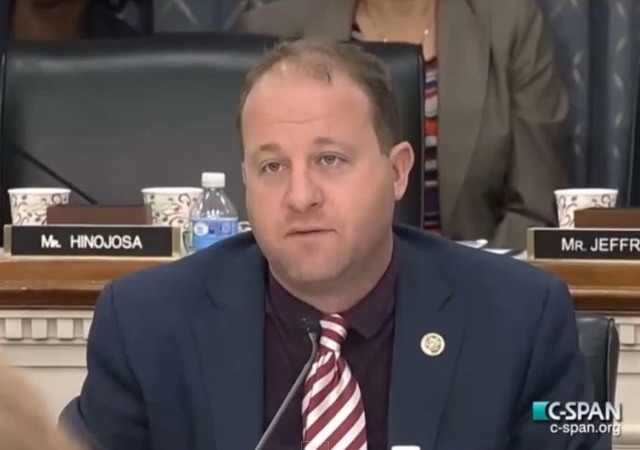 Colorado’s Democrat Governor Jared Polis is preparing to bus migrants to Chicago, New York City, and other destinations. Will Democrats and their media allies call this a cruel political stunt as they did with Ron DeSantis and Greg Abbott?

Colorado is busing migrants to New York and other major cities

Colorado Gov. Jared Polis is busing migrants who recently arrived in Denver from the southern U.S. border to other major cities.

Why it matters: The Democratic governor’s move echoes actions by Republican governors in Texas and Florida that were labeled callous and cruel.

Driving the news: In a statement Tuesday, Polis said his administration is helping migrants reach their intended destinations because 70% don’t plan to stay in Colorado.

But Polis acknowledged the number of people being bused out-of-state has escalated in recent days to clear a backlog of people stuck in Colorado because of harsh winter weather.

Politico has more, including a statement from NYC Mayor Eric Adams:

Adams made his comments during a radio appearance Tuesday morning.

“We were notified yesterday that the governor of Colorado is now stating that they are going to be sending migrants to places like New York and Chicago,” Adams said during a radio appearance. “This is just unfair for local governments to have to take on this national obligation.”

An aide to Adams said the mayor’s administration was told about the influx Monday evening.

Like many major cities around the country, Denver has been struggling to provide services for a surge of people who have fled their home countries in Central and South America, crossed the southern border and sought asylum in the United States. Over the past month, more than 3,500 migrants have arrived in Denver, according to the city, and each night around 1,800 asylum seekers have sought shelter in the city.

How awkward for the liberal narrative.

Is it human trafficking if the governor is a D? https://t.co/wEjTkaLH0J

i believe this is called "human trafficking" or something.

i was reliably told this was. https://t.co/1mnrkSRJPM

Colorado is a sanctuary state. What happened to all that?

I thought Colorado was a “sanctuary state?”

BONUS QUESTION: Is it still considered Human Trafficking if a Dem does it? https://t.co/00Pxpmqyka

Was that just a virtue signal?

What a signature scent… do I detect the same perfume that Krysten and Tulsi have been wearing?

“…through no fault of their own.”???
Were they teleported to CO? They walked many hundreds of miles to illegally enter the US. They evaded the US authorities to make that entry. They came to a place they were not allowed to be, and were/are not wanted.

The problems they encounter in the US are their fault.

When the governors start using their Air NG to fly them back to their country of origin, or last country they were in before entering US, then we will know there is real push-back.

This is about asylum seekers. Legit case or not, it would be illegal for the state to expel them from the country when it is under federal jurisdiction.

The phrase “asylum seeker” is just one more piece of our culture that the left has twisted and bastardized to disguise their real purpose, that of increasing the size and reach of the illegal immigration industry in the US.

By UNHCR definition asylum is a form of protection available to anyone at risk of serious harm in their home country who must leave in search of safety in another country. Implicit in that is an understanding that once an individual reaches a country of safety they are no longer an asylum seeker as they have found asylum.

For example, a Guatemalan who seeks to escape persecution in his country and crosses the border into the safety of Mexico should apply for asylum in Mexico.

Country shoppers on the other hand are illegal aliens. They aren’t satisfied with the limitations that a reasonable application of immigration laws and codes apply and are in fact seeking the country with the highest standard of living that they can get in to, no matter how many safe and suitable countries they travel through illegally to get there.

It’s called illegal for a reason, it’s a crime.

Will Mexico’s air traffic controllers and other authorities cooperate? I doubt it. Mexico doesn’t want them either.

I love the smell of desperation in the morning.

The scale of this catastrophe can’t be ignored much longer. As the illegals make their way to locations away from border States and into poorly managed blue enclaves who claim to welcome them but cry foul when they actually arrive in the ‘sanctuary’ the legacy media will be dragged into more coverage. The blue Mayors whining about several thousand illegals or even a few tens of thousands in contrast to the deluge in border communities will ensure that media coverage occurs as they press for Federal action.

“The scale of this catastrophe can’t be ignored much longer. ”

No it can’t, not across the board and you probably understand that. Not by local media or social media reporting on overcrowded conditions for incoming illegals into blue enclaves. Nor will the Mayors bitching and moaning about the costs of a few thousand illegals showing up to their locations be ignored. That’s good TV and too good to pass up.

It’s true that the WH and SR d/prog in DC will continue to try and ignore it. How long will their constituents in these ‘virtuous sanctuaries’ hold off on their own bitching and moaning at their local, State and Federal officials as the issue becomes less theoretical when illegals are on the street of their towns and cities? Not long IMO.

The real question is will any of it make a difference? Probably not to this WH or d/prog in Congress nor to a bigger number of r than we like to admit.

“That’s good TV and too good to pass up.”
Better than a laptop absolutely bursting with sex, drug, incest, financial, and political scandals?
I’m thinking when it comes to evaluating media incentives, you’re an optimist.

I am an optimistic cynic. Things are bad and many people are as well but not everything and everyone.

When local network affiliates are covering a bus of illegals arriving or reporting on the crowded shelters or the Mayor bitching about the arrival of illegals that adds up. The national media give it a mention or two.

When it happens in cities with prominent newspapers; NY, Chicago, LA, DC those newspapers are covering it as local news or national news. They can’t totally ignore what is happening. Even if accompanied by touchy feely OP ED misquoting scripture and shifting blame to evil border State Gov the topic gets into public view and public conversations.

“This is just unfair for local governments to have to take on this national obligation.”

To be clear, the national obligation is to enforce the border, not provide accomidation to those who cross it illegally.

However, Adams and his party have seen fit to ignore that codified duty and instead chose a political gambit which directly violates it.

Well choices have consequences Mr. Mayor and the opportunity cost for your choosing to virtue signal regarding illegals is that your actual constituents go short on resources and services.

Your chickens Sir, have come home to roost.

Unfortunately, too many of their chickens are still roosting in Texas.

Abbot should setup a GiveSendGo for funding bussing these illegal aliens to more welcoming cities. Like Washington DC

No worries, Kamala’s on the job.

This Dim Governor is the same guy who signed Colorado’s ‘sanctuary state’ bill just a few years ago, right?