WH Defends Biden, Says a Border Visit Would be a ‘Political Stunt’

WH Defends Biden, Says a Border Visit Would be a ‘Political Stunt’

“President Biden is focused on real solutions, not political stunts.” 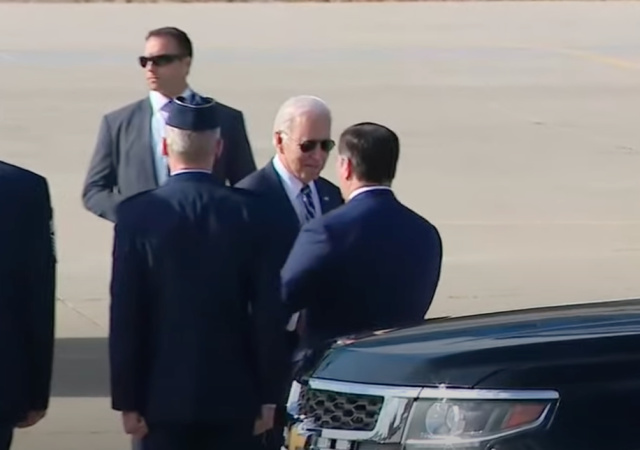 President Joe Biden said he couldn’t visit the border while in Arizona because “there are more important things going on.”

Instead of clarifying Biden’s remarks, the White House made it worse:

“The President was clear that his top priority is investing in the American economy and in American communities, out-competing China, and bringing back American jobs from overseas. In fact, as Fox News’ own analysis showed, the economy is the top issue for most Americans. If anyone believes that shouldn’t be the President’s top priority too, they should say that out loud,” a White House spokesman told Fox News Digital.

“Of course, the President is also taking action to secure our border and build a fair, orderly, and humane immigration system,” the statement continued, adding that Biden has secured increased funding for the Department of Homeland Security. “President Biden is focused on real solutions, not political stunts. And if border security is such a top priority for Republican officials, voting against President Biden’s request for record funding for the Department of Homeland Security, as Representative Roy did, is an odd way to show it.”

I’m trying to think how it could possibly be worded so the WH could “clarify” as they always do, but I’m coming up empty.

Isn’t that what this entire regime is about?

Has AOC weighed in?

“Of course, the President is also taking action to secure our border”

Didn’t Mayorkas go on TV recently and say “Yes, the border is secure”?

Is it secure or isn’t it?

Ignoring the problems at the border is not making them go away. Biden and his WH staff can keep their fingers in their ears but it ain’t fixing the problem.

“He has excited domestic insurrections amongst us, and has endeavoured to bring on the inhabitants of our frontiers…”
– Thomas Jefferson, 1776

suddenly he cares about political stunts?

I thought the White House was Biden, and vice versa.

But the rimshot makes an entirely different noise.

he has absolutely no intention of getting accidently shot by any of the invaders – Oops! sorry! economically-disadvantaged migrants from Mexico, and Central America and South America and the Middle East coming across the invisible line describing (what was once) our border

Full up for the day?