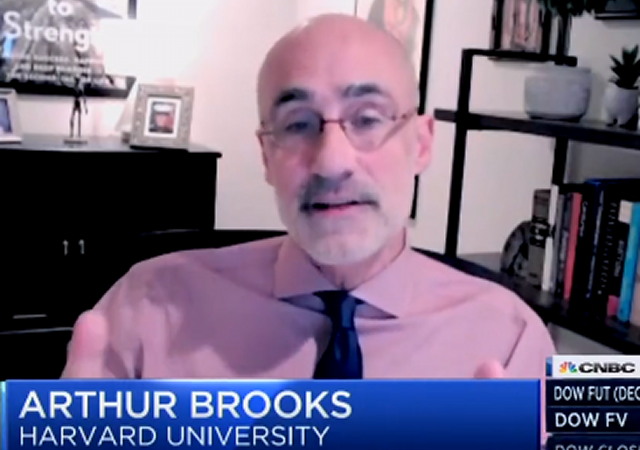 Harvard Professor Arthur Brooks has a message for corporate leaders. Stop listening to your activist employees.

Finally! A Harvard professor with a brain and common sense!!

He is absolutely right and it goes double for the transgenders and their 1.5% “majority” in the country. Don’t give the squeaky wheel the grease; give it the hacksaw. Stuff their tyrannical pronoun demands. The same with the BLM scam and the pantifa basement dwellers.

You always stand up to bullies. They fold like a house of cards.

I especially like that he said “they are being activists instead of working.” Perfect reason to fire their butts.

The problem becomes when the CEOs are activists as well. Then the stockholders need to become activists.

He probably has tenure so they can’t do squat to him.

I’m surprised he hasn’t been canceled over hate speech or some such thing. Any day now, I’m sure.

From the video:
“… and it’s done with total impunity, too.”

Not for long, let us hope and pray.