“stepped boldly in front of a tractor trailer, ending her life” 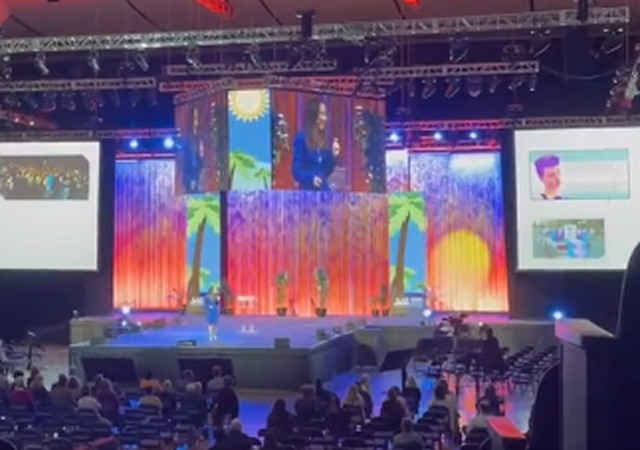 This is straight-up insanity. I had to watch the video twice to believe what I was hearing.

The Hijacking of Pediatric Medicine

Thousands of pediatricians convened in Anaheim, Calif., in early October for the American Academy of Pediatrics’s (AAP) annual conference. The group, which boasts 67,000 members in the United States and around the world describes itself as “dedicated to the health of all children.”

So some audience members were shocked when Dr. Morissa Ladinsky, an associate professor of pediatrics at the University of Alabama at Birmingham, lauded a transgender teenager for committing suicide.

In an address about “standing up for gender-affirming care,” Ladinsky eulogized Leelah Alcorn, an Ohio 17-year-old who, in Ladinsky’s words, “stepped boldly in front of a tractor trailer, ending her life,” in 2014, after leaving a suicide note that “went viral, literally around the world.”

Ladinsky’s remarks were captured on video by a horrified onlooker, Oregon pediatrician Dr. Julia Mason, who expressed outrage on Twitter that Ladinsky was “glorifying suicide,” an act she described as “unprofessional and dangerous.”

That isn’t just Mason’s opinion. Technically speaking, it is also the official stance of the AAP, whose website for parents, healthychildren.org, explicitly warns that “glorifying suicide” can have a “‘contagious’ effect” and inspire others to take their own lives.

Reached for comment, Ladinsky expressed “regret” about her choice of words and said it was “never my intent” to glorify self-harm.

Here’s my iPhone video of Dr. Ladinsky glorifying suicide in a 16 year old. In case you were thinking I misunderstood. pic.twitter.com/zrlSU2puVZ

When an Oregonian thinks that you nutz, it is especially bad. I just endured two hours of two guys wearing make-up and dresses arguing about tenets of Budhism. Pu-leeze, if you can’t even sort which bathroom to use, debating religion is way outside of your toolset, just sayin.

“Boldly” making an innocent tractor trailer driver a participant in her suicide.

Parents should be asking their children’s pediatricians whether they are AAP members.

Wow! I just read the ABC News article at the above “Leelah Alcorn” link.

I have a transgender grandson. He’s doing OK. This alleged doctor is nuts.

Where the hell did all of these crazy, judgemental people come from?