In this introductory thread, we see how important debate was stifled by bots, foreign contractors, and biased executives who pruned decision trees used to determine the fate of certain tweets. 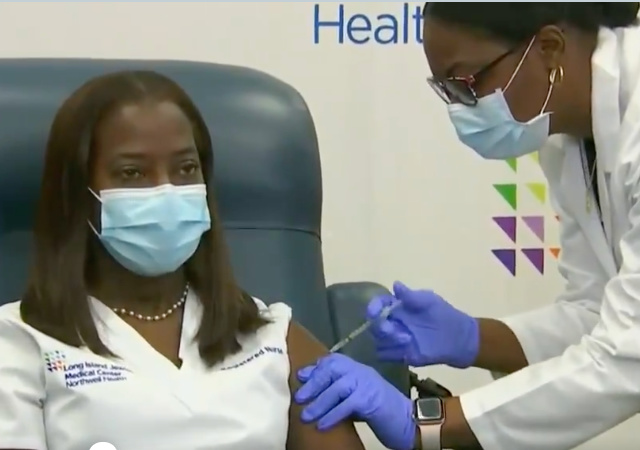 I promised I would report on the Twitter Files thread on covid when it came out.

David Zweig, a writer based in New York, dropped the first of the Twitter Files devoted to COVID. As is the case with the other Twitter Files authors, he isn’t known for being a right-wing pundit (he has written for The New York Times, The Atlantic, and New York Magazine).

My Twitter account has been shadow-banned as my tweets promoting alternative theories and ideas from reputable sources have been labeled “misinformation.” Supposed “fact-checkers” challenged my now-proven correct assertions.

Zweig’s analysis confirms all of my suspicions….and then some.

Much more to The Twitter Files: Covid Editon than this introductory thread.

As noted in the previous series of Twitter files, representatives from various agencies pressured Twitter personnel to direct the tweet steam to promote specific narratives. This was true under both the Trump and Biden administrations.

6. At the onset of the pandemic, according to meeting notes, the Trump admin was especially concerned about panic buying. They came looking for “help from the tech companies to combat misinformation” about “runs on grocery stores.” But . . . there were runs on grocery stores. pic.twitter.com/duzk2I1Y7T

When the Biden administration took over, the pressure on social media companies increased considerably, especially against “anti-vaxxers.”

8. When the Biden admin took over, one of their first meeting requests with Twitter executives was on Covid. The focus was on “anti-vaxxer accounts.” Especially Alex Berenson: pic.twitter.com/yBNeF2YbD3

The pressure was intense.

12. Culbertson wrote that the Biden team was “very angry” that Twitter had not been more aggressive in deplatforming multiple accounts. They wanted Twitter to do more. pic.twitter.com/lZTQV3yKeZ

In its pathetic attempt to meet the Biden administration’s demands while meekly attempting to protect free speech on the platform, Twitter made three significant mistakes: 1) Using bots, 2) Relying on foreign contractors as content moderators, and 3) Allowing biased executives to prune the decision trees to determine the fate of specific tweets.

This meant many essential voices in the covid debate, which turned out to be correct, were silenced at critical times.

15. There were three serious problems with Twitter’s process:

First, much of the content moderation was conducted by bots, trained on machine learning and AI – impressive in their engineering, yet still too crude for such nuanced work.

17 Third, most importantly, the buck stopped with higher level employees at Twitter who chose the inputs for the bots and decision trees, and subjectively decided escalated cases and suspensions. As it is with all people and institutions, there was individual and collective bias

One of the critical experts whose opinions were given the “narrative treatment” was Dr. Martin Kulldorff, an epidemiologist at Harvard Medical School. He suggested that it should only be given to those at high risk, and Kulldorff asserted that children and those with natural immunity would not need it for post-infection.

His tweets were then labeled “misinformation” and throttled.

23. After Twitter took action, Kulldorff’s tweet was slapped with a “Misleading” label and all replies and likes were shut off, throttling the tweet’s ability to be seen and shared by many people, the ostensible core function of the platform: pic.twitter.com/Qa1HpaEray

Bots would act on “tattles,” the term used for complaints by Twitter users. Apparently, vaccine-dogmatic tweeters didn’t appreciate the correct take on children’s deaths using data from the Centers for Disease Control and Prevention (CDC). But accurate information, supportive of the pro-vaccine-narrative, was allowed to stand.

27. Tellingly, the tweet by @KelleyKga that was labeled “Misleading” was a reply to a tweet that contained actual misinformation.

Covid has never been the leading cause of death from disease in children. Yet that tweet remains on the platform, and without a “misleading” label. pic.twitter.com/vK5NpWg8KT

Dr. Andrew Bostom, a Rhode Island physician, was permanently suspended from Twitter after receiving multiple strikes for “misinformation.” The suspension is an example of the free-speech-destroying level of bias in the covid review process on the platform.

32. That this tweet was not only flagged by a bot, but its violation manually affirmed by a staff member is telling of both the algorithmic and human bias at play. Bostom’s account was suspended for months and was finally restored on Christmas Day.

How bad was the human bias at Twitter? So bad that ex-FBI official and Twitter General Council James Baker had an attack of the vapors when President Donald Trump tweeted not to be afraid of covid after he recovered from his infection.

Zweig’s analysis concludes a series of statements that express views I also share: If the robust debate had been allowed to occur, better decisions could have been made that would have led to less destructive outcomes.

37. Twitter made a decision, via the political leanings of senior staff, and govt pressure, that the public health authorities’ approach to the pandemic – prioritizing mitigation over other concerns – was “The Science” . . .

39. What might this pandemic and its aftermath have looked like if there had been a more open debate on Twitter and other social media platforms—not to mention the mainstream press—about the origins of Covid, about lockdowns, about the true risks of Covid in kids, and much more?

Zweig has an expanded version of his thread at The Free Press.

I want to conclude with the most insightful comment I read while reviewing this thread.

and by anti-science i mean the scientific process – updating your assumptions if the data doesn’t support it, verifying studies, etc.

What are the possible repercussions for this fascistic behavior? Who gets fired? Who gets sued into bankruptcy? Who gets their government pension revoked?

Or is this just another “whoopsie, we got caught?”

It’s another “shut up, citizen!”

Don’t worry: McConnell will come charging in!…. Uh, strike that.

Dont worry: McDaniels will come charging in!… Uh, strike that as well.

The double-edged scalpel of secular authority.

Yawn. Just because the truth comes out doesn’t mean anything will be done about it. Wait a few months and this along with everything else will get swept under the run and normal ops will continue.

Not with Kevin “Clueless” McCarthy coming in as Speaker. The dirt won’t even need to be swept under any rug.

The debate around Covid policy response wasn’t rigged, it was cancelled. There wasn’t widespread dissemination of more skeptical viewpoints after a few weeks. The legacy media almost exclusively parroted the chosen govt narrative and social media suppressed and censored the relevant information at the behest of the govt.

At the behest, coercion, influence, and deference to secular authority,

Right. We never had the debate, because one team was locked out of the auditorium.

Great summary and write-up of this disgraceful episode, Leslie — thank you.

Well…. let’s try… no impending collapse of societies, the maintenance of functional economies without crushing if not lethal inflation. Oh… and no Democrat Party manipulation of the election process and its subsequent slide toward a totalitarian state.

Saw review of a peer-reviewed clinical study this week, showing significant, and statistically significant results of zinc supplementation on rates and severity of The Rona.

The reviewer desperately declared that this being a clinical study, “we need population scale prospective studies on this and things like it.”

They didn’t just squelch discussion. They squelched pursuing anything but the one immediate treatment of choice: they asserted a standard people can’t meet without funding, then stiffed the funding.

Meanwhile, “we” didn’t have to pay for the jabs. The govt “paid” for them. With funds they’ll have to recover from us. I don’t remember voting on this, nor this new Federal tax originating in the house. Perhaps Roberts can declare it a fee, thus Ok.

I can attest to the power of zinc. Been taking D3 and zinc since Dec 2021 and it has kept away my shingles, and my shingles issues are not traditional ones because I had covid very early in 2020, and it caused a 10 month long battle with the shingles. After I started the zinc/D2 I have not been really sick and mostly symptom free from the shingles.

More jabs from those guys — no zinc for you!

Our leaders, eminences and experts ignored known anti-virals, established mitigations of disease and transmission, and candidate interventions based on how viruses work, how this one works as we learned, and clinical observations as they came along. They continue to.