“The more I push[ed] for policy change, the more resistant the leadership became. It was a highly macro-aggressive environment” 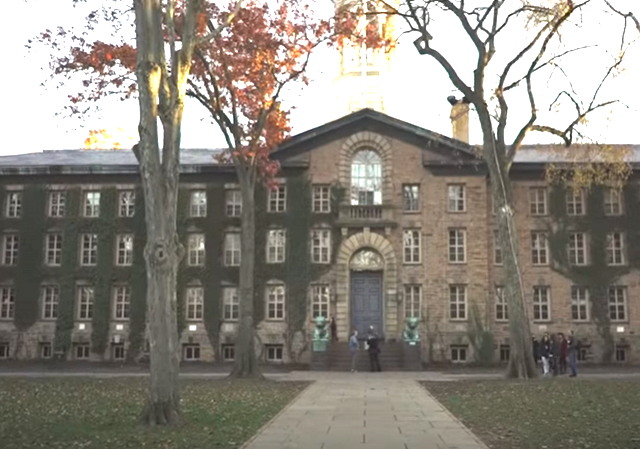 Three diversity, equity, and inclusion (DEI) staffers have resigned from Princeton University in recent months, saying that they did so due to a lack of support from the school administration.

Diversity administrators weren’t even a thing a few years ago, but now it has become an industry within higher education.

In May, the University’s Director of Athletics was “incredibly excited” to announce a new hire for the department: Jordan “JT” Turner, who would be joining the University as the inaugural Associate Director of Athletics for Diversity, Equity, and Inclusion (DEI). Turner’s role was intended to “create and maintain a culture of mutual respect and unity” and oversee “all aspects of DEI education and training for student-athletes, coaches and staff with Princeton Athletics,” according to a University announcement.

Within four months, Turner resigned from the role.

Turner is not the only University DEI official to recently resign. Since September 2021, two other Princeton staff members who were hired to conduct DEI-related work across the University have resigned. All three independently alleged a systemic lack of support from the University administration.

An investigation by The Daily Princetonian traces the paths that led to the resignations of Turner, Dr. Jim Scholl, and Dr. Avina Ross. In a series of interviews, the three shared their experiences working with the University and their respective departments, and what eventually prompted them to resign.

Scholl served as the Chair of the Transgender Health Team at University Health Services (UHS) and the Preventions Programs Manager at the Sexual Harassment/Assault Advising, Resources and Education (SHARE) office, and Ross was the Associate Director of SHARE.

Here are some of the quotes from one of the staffers, who you may notice is repeatedly referred to as “they.”

But once in the job, Turner told the ‘Prince’ they experienced barriers that reduced their ability to affect change. They resigned in September.

“I am a Black queer non-binary person who came to Princeton to create a more just and equitable playing field for all,” they said in an interview. “In 2022, we know there are deep issues of injustice and inequity in athletics and unfortunately, those in positions of power within the department missed a crucial opportunity to address those issues head-on. I was disappointed by that.”…

“The more I push[ed] for policy change, the more resistant the leadership became. It was a highly macro-aggressive environment,” they added. “I couldn’t take the necessary steps that were needed to lay the groundwork for innovative equity work in the department.”

Ironically, on the same day that this report was published, The College Fix published a story about diversity training and a Princeton psychologist:

No strong proof yet that diversity trainings ‘work’: Princeton psychologist

The Black Lives Matter riots and the killing of George Floyd in summer 2020 brought on a rush of diversity spending by corporations and universities, but there is minimal research on the value of such trainings, according to a Princeton University psychologist.

Social psychologist Betsy Paluck supports so-called diversity, equity and inclusion training but says that more research is needed on the effectiveness of the programming. She recently wrote an op-ed titled “Does diversity training work? We don’t know – and here’s why.”

In 2022, this question has special significance, as measures to increase diversity and racial equity have come under political attack, often by people who believe those shouldn’t be goals in the first place. But even among people who believe in the basic mission, common questions about diversity training have shifted from “Which training is best?” to “Is the training even a good idea?” and “Does the training have negative effects?”

The problem is that the real answer to all three of these questions is: We don’t know.

The behavioral scientist wrote a paper on “prejudice reduction” research and found only two papers on the effectiveness of DEI training.

“Out of hundreds of studies evaluating prejudice reduction programming from the past decade, only two large studies tracked the effects of diversity training,” she wrote. “Most diversity training evaluations look like customer satisfaction surveys (‘How much did you appreciate this?’) or elementary school worksheets (‘Tell me what you learned today about stereotyping’).”

Higher education did fine for hundreds of years without diversity administrators. It’s entirely unclear why they are somehow needed now.

If you can’t find diversity, equity, and inclusion at Princeton, where else can you expect to find it?

Ross describes herself as “BIPOC” and who knows what the hell what kind of pronouns she demands.

I would have a hard time remembering all of this, but a quick witted person like Fetterman would have no trouble spitting it out on a moments notice.

Well, maybe the spitting part….or is that drool?

Gee! Is it National Make Fun of the Handicapped Week Already?!?

This person needs real mental health care. And not the kind that “affirms” the mental illness

This close to Christmas it may be hard. I’d try Walmart first.

Frankly, I couldn’t be more surprised. Isn’t Princeton the home for craven, woke, weenie administrators and faculty??? What is going on here?

1) go to the coast
2) fill you pockets with rocks
3) walk east, into the rising sun
4) buh bye, Marxist scum

JT: Let’s institute policies that will have a negative impact on the Univerity’s bottom line!
Princeton: I’m not going to say No, but we need to come up with alternative solutions.

Absolutely not. Princeton is doomed. This will prove to be another Affirmative Action lawsuit.

Professional Racists is what they are. They exist for the sole purpose of enforcing the Democrats New Jim Crow.

As for the effectiveness of “Diversity Training” in a work environment, I personally experienced the effects of this at my company and I have to say it was incredibly effective at absolutely destroying relations among employees in an already “diverse” workforce. We had no issues at all before the “training”, but holy crap did that end after the minorities got their marching orders from the “diversity trainer’.

My observation is one of the apparent goals of diversity training is to soe discontentment and teach people to look for grievances. When people spend time looking for things, they tend to find them, whether or not such findings are justified.

I am so old I remember when macro-aggressive meant getting punched in the face for being an out and out twat.

I don’t know where to begin.

Oh yes! I do. I was thinking of writing a historical novel about a B24 getting into a dog fight with a Mavis

Well, that’s three down. How many more to go?

What a shame.
Now getting back to today’s real news…

They didn’t get their way so they picked up their toys and left the play ground. How old are these people (chronologically)? Three?
.

All this insane ruckus because a drug addicted career criminal ODd on Fentanyl. Exploitation much?

Yes, but, no one is screaming about THIS instance of the white man exploiting some poor black.

This is actually a glimmer of change. President Eisgruber has recently spoken up about allowing and supporting free speech, even if upsetting to the more principled-woke (good riddance to them!).

For a University, these days, that is actually significant.

“Scholl served as the Chair of the Transgender Health Team at University Health Services (UHS) and the Preventions Programs Manager at the Sexual Harassment/Assault Advising, Resources and Education (SHARE) office, and Ross was the Associate Director of SHARE.”

Count your lucky stars. You could be a member of that committee and have to go to it’s meetings. God, the very thought gives me the shudders.

The problem isn’t lack of support from the school. They got good salaries didn’t they? The real problem is their philosophy!

Don’t let the door slap you on your wide derrierres.
On second thought, a few snesible folk should be standing by and give that door a strong push closed. Good riddance to bad rubbish. Let them take their whinge elsewhere.

This is one of the most cheerful articles I have read at Legalinsurrection – only a few come close! How strange that the moral degenerates cannot find acceptability in the halls of knowledge but the wino bars and drug emporium’s offer them instant recognition.

These people just found out that their DEI garbage doesn’t pay the bills.
Now, did you want fries with your whine?

What is *your* budget?

If you ain’t got no budget of your own, they don’t trust you enough to let you do stuff, or respect you enough to at least try to honestly fool you. You are window dressing. Or, dare I use the term, a “token.”

When the wind outside blows another direction, you’re done. Welcome to reality.