The reasons why general citizens should not talk to the police are the flip side of why the feds should have wanted to have Dem Crypto King to testify to congress. There was zero upside for Dem Crypto King, and only upside for the feds. Baffling 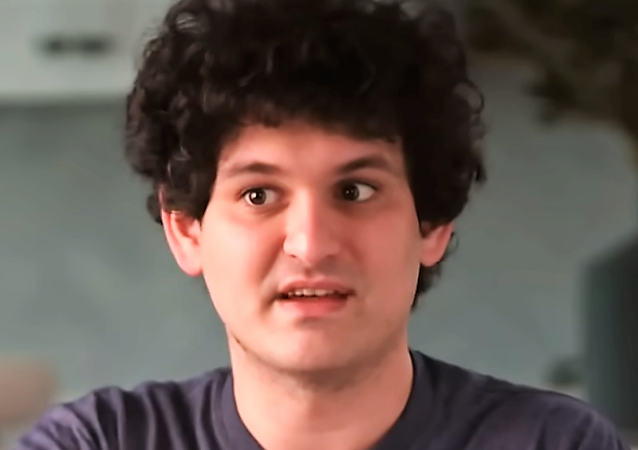 I’ve been trying to figure out a non-political motive for federal prosecutors to arrange with Bahamian authorities to arrest Democrat Mega-Donor and Crypto King Sam Bankman-Fried  the day before he was to testify to Congress.

When this first happened, I could think of no good reason, But Why? Democrat Mega-Donor Crypto King Sam Bankman-Fried Arrested In Bahamas Preventing His Congressional Testimony:

Funny that. It goes against everything you would expect prosecutors to do. Why not let him testify under oath. It’s no lose for the feds. “Anything you say can and will be used against you.”

There was no downside. Dem Crypto King may have further implicated himself in criminal conduct. Or he may have lied under oath to Congress, more potential federal charges. His testimony could not help him or hurt the prosecution because even if he did well, you can’t introduce your own prior statements as evidence.

And there was no downside to the feds even if they already had a mountain of evidence against him. Too much evidence of guilt is a prosecutor’s dream. Usually.

So no downside for the feds, no upside for Dem Crypto King, if he testified….

The only potential downside to Dem Crypto King testifying before Congress today was for Democrats if Republicans got to question him about his political donations and ties to Democrats.

I still can think of no good reason to act so precipitously, unless he was about to flee or kill himself or something that would have prevented arrest. But none of that has been offered as a reason.

Which brings me to a video I posted in 2017, about how team Mueller was pursuing mostly process crimes as part of the Russia collusion investigation. The point was that there is no upside from talking to the FBI, and plenty of downside:

Why is anyone voluntarily speaking with the FBI or Mueller’s team about anything related to the investigation? It’s a field of landmines, where even someone trying to be honest could make errors that are indictable as obstructing justice. Memories just aren’t that good, and nothing is going to be forgiven when it comes to Trump.

Which also reminded me of this video I first saw a few months ago on why even completely innocent people should not talk to the police. The video apparently is something of a classic, but I had never seen it until a few months ago.

I was going to write about it them, but it fell by the wayside. I was reminded of it again by Jeff B on Twitter.

The best thing for me about the video is when I was watching it for the first time, a few minutes in I realized, hey that’s Jim Duane, my law school classmate! He was a very good guy and very smart, and he has some smart advice. But it’s easier said than done to not talk to the cops — we want to be helpful, we want to trust good intentions, and we want to prove our innocence.

Which is probably why a lot of people are talking to the feds about Trump. Which means there are going to be a lot more unintentional process crime indictments.

Here’s the video. The reasons why general citizens should not talk to the police are the flip side of why the feds should have wanted to have Dem Crypto King testify to congress. There was zero upside for Dem Crypto King, and only upside for the feds.

Not baffling if you believe in conspiracies.

But nobody believes in those, so I guess baffling.

It baffles me that people are baffled.

I’m dyslexic & trust me it makes perfect sense when you look at it upside down and backwards.

I’ve been trying to figure out a non-political motive for federal prosecutors to arrange with Bahamian authorities to arrest Democrat Mega-Donor and Crypto King Sam Bankman-Fried the day before he was to testify to Congress.

To ask the question is to answer it.

Same camera they had on Epstein will be on sbf now that he’s dropped his opposition to extradition.
He’s never going to testify and he’s probably not going to survive being in the same prison Epstein was being held.
Big list of liberal politicians who got a bunch of money from him. I’d say that funny looking blond “guy” with the fake mustache and cackle laugh will watch sbf commit suicide with two gunshots to the back of his head with no powder burns or ammo trace on his hands.

How much prosecutorial sense it makes depends on who you are trying to avoid prosecuting.

It makes political sense. The DOJ is now 100% a political machine, law has nothing to do with it. It was probably always somewhat true, but now politics is the only thing that matters.

They weren’t trying to make prosecutorial sense. They don’t want him testifying.

The federal government has become — if it wasn’t already — a criminal enterprise.

When you actively try to suppress the Truth, it’s because you are hiding stuff you are ashamed of.

Yes, afraid of. These people have no shame.

Sam Bank-Fraud was becoming his own worst enemy talking to interviewers, that seems to be shut down no
one is talking to him, even Congress
Yes he is nice and safe from everyone right now.

Sam Bank-Fraud merely stole money, lots of money, BILLIONS of dollars of money. Democrats are fine with that. Trump on the other hand hurt Democrats feelings and Democrats are not fine with that and will continue to move heaven and earth to ensure Trump pays a price for that most heinous of crimes!

The government will botch the case to the point where all the investigation and evidence become tainted and can’t be used in a trial..

Maybe not prosecutorial sense, but it makes sense if you view the action from the perspective of preventing public testimony and identifying, seizing, and sequestering evidence to hide it all from public view. This way, the Feds can hide behind the skirts of the “ongoing investigation” excuse when refusing to answer questions from congressional committees, individual members, or the media.

Hey! That’s the same thing they say about, well, everything that reveals that leftists have gutted our government and wear its honor like a wolf wears a sheepskin.

No one in the federal government has demonstrated the ability to draw rational, logical conclusions and hasn’t in many years now.

Unless you assume people in the federal government are mostly leftists and therefore malevolent actors. Then actions such as this are rational and logical from a criminal perspective.

Makes perfect sense. If Bankman-Fried were allowed to testify to a Congressional committee he might reveal too many embarrassing details/facts to committee members while under oath. And democrats (as well as republicans) cannot allow that to happen. So have him arrested and short circuit any idea of his testifying. Problem solved.

The only thing in this whole sordid mess that doesn’t make sense to me is that he hasn’t “accidentally” committed suicide yet. But I guess there’s still time for that if it’s necessary.

As I’ve mentioned before, I’d hate to be the pilot of the aircraft carrying SBF back to the States.

It’s really not baffling at all. He was going to implicate or embarrass Democrats and people who facilitated his corruption and that can’t be allowed to happen.

He did not kill himself.

Darn! Beat me to it!

My curiosity is in looking at this from the angle of Maxine Waters being so eager to have him testify before her committee. The FTX thing exploded in early November, the testimony was hastily scheduled for December 13, Waters status as the chair of the committee expires (practically) on 12/22. It takes time before a hearing to have staff do sufficient investigation to script questions for the staff counsel or the members of the committee to ask in the hearing. Given the dynamic nature of the events unfolding between early November and December 13, there is no way they could have been prepared to conduct the hearing, yet Waters persisted. What was she trying to accomplish? Was she expecting to lead SBF through some friendly testimony that would generate cover for Democrats who cot his campaign contributions? I don’t know – but given that her committee leadership was about to evaporate and the limitations on preparation that could have been done – I found her eagerness to be unusual and suspicious.

She needed him to testify about how above reproach she and other Democrats are in all of this that all decisions he made was done by him without them.

The FBI correctly believed that Maxine Watters is wrong and it would be better for the Democrats for him not to be subject to a republican cross examination.

DOJ is ultimately more powerful so ultimately got to rule that it was correct about what was in the best interest of the party.