Part of their success is finding loopholes to bypass the “Great Firewall of China”. 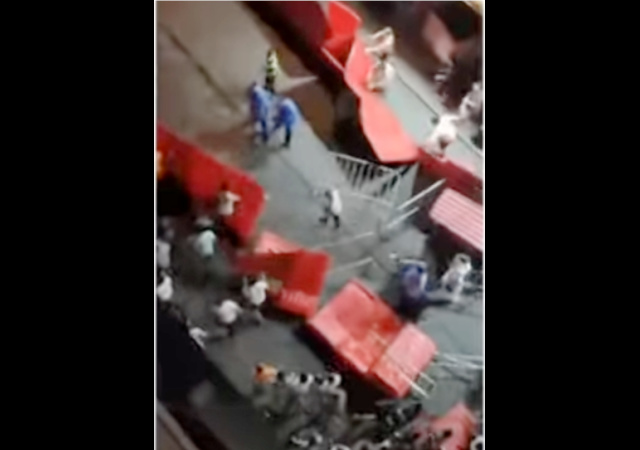 We have been following the covid lockdown protests in China, which have morphed into protests against the restrictive Xi regime.

It appears that the demonstrators have had a small but significant victory, as some of the covid restrictions have loosened.

Following protests nationwide, some local Chinese authorities have started to ease Covid restrictions – in what appears to be a shift toward gradual reopening as the country nears entering the fourth year of the pandemic.

Since last week, more than 20 cities, including the major metropolises of Beijing, Shanghai, Shenzhen, Wuhan and Chengdu, scrapped the requirements for negative Covid tests on public transport, if not other public venues. And some residential compounds now allow infected residents with special needs to quarantine at home, instead of being sent to centralized quarantine.

“I feel like everyone’s hard work is paying off,” said a protester who took part in a demonstration in Beijing.

China’s top health official signaled a change in strategy on Wednesday, by declaring the country’s pandemic controls had entered a “new stage and mission.” Xi later shared his thoughts on the issue with the visiting European Council President, according to an EU official who said the Chinese leader had acknowledged people were frustrated and suggested China was open to relaxing its Covid rules.

And while life is starting to resume some normalcy, “Covid-Zero” still remains the policy and will likely be so until 2024.

On Monday, commuters in Beijing and at least 16 other cities were allowed to board buses and subways without a virus test in the previous 48 hours for the first time in months. Industrial centers including Guangzhou near Hong Kong have reopened markets and businesses and lifted most curbs on movement while keeping restrictions on neighborhoods with infections.

The government announced plans last week to vaccinate millions of people in their 70s and 80s, a condition for ending “zero-COVID” restrictions that keep most visitors out of China and have disrupted manufacturing and global trade.

That spurred hopes for a quick end to “zero COVID.” But health experts and economists warn it will be mid-2023 and possibly 2024 before vaccination rates are high enough and hospitals are prepared to handle a possible rash of infections.

The protesters achieved their small victory by flooding social media with videos by using sophisticated loopholes to bypass censors.

“Chinese censors have been overwhelmed by a barrage of so-called ‘illegal’ content several times over the last year, for instance, after isolated bank protests in several Chinese provinces,” Singleton explained. “There was also a groundswell of intense online activity in places like Shanghai after draconian lockdowns began taking their toll on the population.”

“In these and other cases, censors proved incapable, at least initially, of blocking much of this content – there simply was too much of it,” he added.

Singleton also noted that Chinese citizens have developed a greater literacy with using virtual private networks (VPNs) – a program that hides a user’s location from internet services – and similar methods to evade the “Great Firewall” of China.

With covid now being an endemic disease, “covid-zero” will never be achievable. But this is a hopeful sign that China’s tanks will stay parked for the time being.

The propaganda will be no different than that of the Federal Government/DNC/Federal unions cabal. “we have won the covid battle and will give you back one quarter of the rights you had before the battle began”

These the same Chinese Winners who are having their apartment doors welded shut?

XI with a blink

I hope the protesters don’t let up. Xi tightened the clamp to 100%, and then turned it back to only 95%. It’s not any sort of victory.

China maintains millions in actual slavery, and hundreds of millions more in a practical state… but the benefits are good, so vote for the third rail.

“Singleton also noted that Chinese citizens have developed a greater literacy with using virtual private networks (VPNs) – a program that hides a user’s location from internet services – and similar methods to evade the “Great Firewall” of China.”

Let us hope that this gets out of China as fast or faster than the Apple “updates” can be used to censor free speech.

Xi fears his people and relies on total control. Covid is just the current excuse.

This “win” is accompanied by visits from the police to protestors’s homes. Beatings and arrests follow.

There is a superb youtube channel “The China Show” hosted by two Western men who lived in China for at least a decade each. Both are married to Chinese women and speak very fluent Mandarin.

They also were forced to flee China a few years back because of their criticism of Xi Jing Ping and the CCP. They say don’t believe it when the government says they are loosening restrictions. It’s for show.

I turn to them for the real news on the PRC. They have LOTS of contacts there who share what’s really happening.

The communists respect people’s right to privacy, not limited to State’s Choice, NOW delegated under State sanction as her Choice. Clever.

The benevolent CCP’s minions are freeing many citizens of their mortal coil, and many more of the burden of making choices.

I doubt that this is anything but a recognition of the inevitable, but I recall that Gorbachev thought that loosening the rope a little wouldn’t be all that big a deal, and next thing he knew, the USSR was a thing of the past.