Signs that the “Tripledemic” is Winding Down

Signs that the “Tripledemic” is Winding Down

It appears we have dodged another “winter of death” yet again! 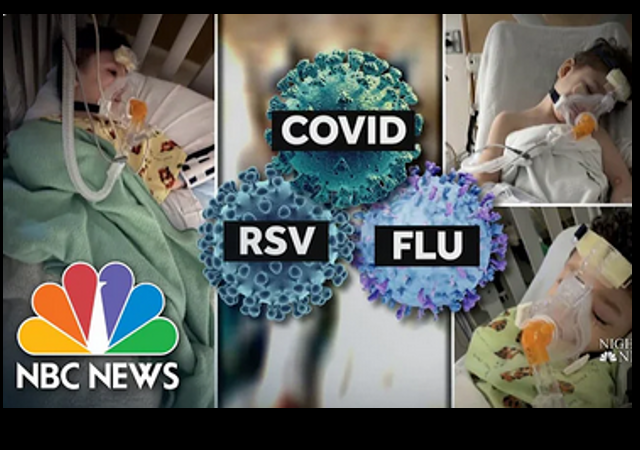 It’s nice to be able to offer some good news about infectious disease for a change, especially ahead of the New Year.

The ‘tripledemic’ seems to be winding down, as cases of both the flu and respiratory syncytial virus (RSV) have cratered for the second straight week.

In its weekly flu report today, the Centers for Disease Control and Prevention (CDC) confirmed 33,041 infections during the week ending on December 17, a 26 percent week-over-week drop.

Cases of RSV continued to fall too, dropping to 3,554 illnesses that week – a 76 percent drop from the first week of December and a low point since mid-September.

The report comes days after a CDC spokesperson warned Americans the outbreak of respiratory illnesses this year could last deep into winter.

…Fears about a so-called ‘tripledemic’ first emerged over summer when Australia and New Zealand – whose winter is during America’s summer – suffered devastating flu seasons.

Experts have pointed to lockdowns, mask mandates and other pandemic orders over the past two years as reason why this year’s flu season has been more brutal than those past.

Some areas of the country have been reporting significant drops in coronavirus numbers.

Oregon health officials reported a drop in new coronavirus cases and stagnant hospitalization rates, supporting a recent forecast that the current COVID-19 wave is on the decline.

This week marked the second straight week of falling reported infections, state data show. With minor fluctuations, hospitalizations have stayed virtually unchanged over the last week, hovering around 315 occupied beds, down from a peak of 370, reached Nov. 29. A Dec. 16 Oregon Health & Science University forecast predicts COVID-19 hospitalizations will continue to fall before starting to level off in February and March.

Flu cases have been falling, too.

Flu cases in the United States declined for the third straight week after hospitalizations caused by the virus hit a decade high earlier this month, federal data showed on Friday.

And while these numbers may increase a bit after the holiday gatherings, it appears we dodged another “winter of death” yet again!

It’s funny how the population didn’t fall for the “Tripledemic” hysterics coming from the CDC. It’s almost as if the population is weary of it all and just doesn’t care any longer to deal with any of it.

Or it could be that after being lied to deliberately and consistently by a number of government bureaus, including the CDC, that Americans are figuring out two things. First, when the government lying to the people becomes something that you have to expect; nothing the government says can be assumed to be true or trusted. Second, a country where the government will regularly lie to you is neither free nor operating with the consent of the governed.

I guess they will have to find something else to panic over.

If you listened to the doomsayers at CDC and their pet state health agencies, a quarter to half the population would be dead or dying. I stopped paying heed to pronouncements by government agencies during the early days of the last scamdemic.