Retired Navy SEAL Detransitions, Shares His Experience, And Has A Warning For America

Retired Navy SEAL Detransitions, Shares His Experience, And Has A Warning For America

Chris Beck: “Everything you see on CNN with my face, do not even believe a word of it” 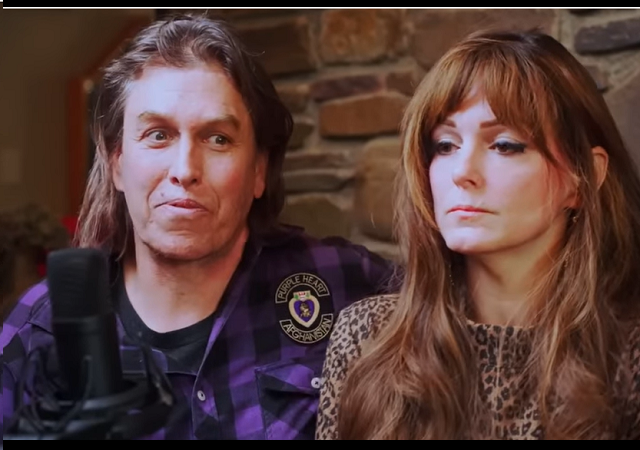 One of the biggest tragedies and human rights crises facing America right now is the rabid push to convince children that they are “transgender” and should undergo chemical or physical mutilation of their healthy bodies.

Retired Navy SEAL Chris Beck (in)famously announced he was transgender back in 2013. In addition to co-authoring a book with the psychiatrist he now accuses of manipulating him into transitioning, Beck appeared on CNN and across multiple media outlets to normalize transgender in the military.

Now, in 2022, Beck has detransitioned and is speaking out in an effort, he asserts, to protect the nation’s children from this medical malpractice. His message to America: Wake up.

Navy SEAL Chris Beck came out in 2013 as transgender. @andersoncooper did a special on @cnn about it. His story was used as propaganda to allow trans people in the military and to popularize the issue. Now Chris is ready to expose the truth. Watch here: https://t.co/ChbjE6Kgly pic.twitter.com/wQbGPln9K3

Retired Navy SEAL Chris Beck, who came out as trans, announces detransition: 'destroyed my life'. The VA psychologist gave him hormones at the first consultation. How many other broken heroes have been used as propaganda tools rather than helped by the VA https://t.co/7h81AgKti6

A retired Navy SEAL who became famous nearly 10 years ago after coming out as transgender announced he is detransitioning and called on Americans to “wake up” about how transgender health services are hurting children.

“Everything you see on CNN with my face, do not even believe a word of it,” Chris Beck, formerly known as Kristin Beck, told conservative influencer Robby Starbuck in an interview published earlier this month. “Everything that happened to me for the last 10 years destroyed my life. I destroyed my life. I’m not a victim. I did this to myself, but I had help.”

“I take full responsibility,” he continued. “I went on CNN and everything else, and that’s why I’m here right now. I’m trying to correct that.”

. . . . “I was used … I was very naive, I was in a really bad way and I got taken advantage of. I got propagandized. I got used badly by a lot of people who had knowledge way beyond me. They knew what they were doing. I didn’t,” he said during the interview.

Beck served in the Navy for 20 years, including on SEAL Team Six. He was deployed 13 times and received more than 50 medals and ribbons for his service.

Beck talks about how easy it was for him to be not only diagnosed as transgender but “treated” . . . all in one hour at the VA.

Beck said that when he began transitioning, it took just an hour-long meeting at Veterans Affairs to be offered hormones.

“I had so much going wrong in my system when I started taking those,” he added. “Some of that was paid for by the VA, and I’m sorry to the American people that I did that.”

Beck said he has been off the hormones for about seven years now.

Watch the full interview between Starbuck and Beck; it’s by turns heart-breaking and infuriating:

“There are thousands of gender clinics being put up over all of America,” he said. “As soon as [kids] go in and say, ‘I’m a tomboy or this makes me feel comfortable’ and then a psychologist says, ‘oh, you’re transgender’. And then the next day you’re on hormones – the same hormones they are using for medical castration for pedophiles. Now they are giving this to healthy 13-year-olds.”

“Does this seem right,” he asked. “This is why I am trying to tell America to wake up.”

It’s very disconcerting that a grown man was so easily sucked into this harmful practice. Since then, children have increasingly been the target of these monsters. And they are being groomed in public schools in every state across the country.

Needless to say, this part of Beck’s story is not being picked up by the legacy media, who were all over it nine years ago when it fit their narrative.

So @andersoncooper — Are you gonna have Chris Beck back on @CNN to give your audience an update now that he’s detransitioning? Seems like a big deal since y’all did a special piece on him coming out back in 2013. Maybe @jaketapper can bring him on? DM me and I’ll connect you. https://t.co/ZnOwAHKstT

This story draws a direct line from the media to the medicalization of gender. By glamorizing these stories, the media paints an untrue depiction of gender confusion and gender dysphoria. @American_Girl, this is why parents are so outraged by your dangerous propaganda. https://t.co/sqHA4BRCUB

I feel sorry for the teens who go through this because they don’t know better. This guy should have.

Not saying this is the case, but it doesn’t take too much imagination to think that mental disorders (e.g. PTSD) could have left him in a vulnerable state, making him more susceptible to manipulation by bad actors. He needed help, and the “professionals” saw a way to push their narrative.

It’s more important to them to push societal acceptance of perversion than it is to help confused individuals cut through the fog to discover what their root issues are.

Agreed. It’s a form of escapism for the traumatized, plus there is a giant pile of people at the end of it ready to congratulate you and give you your 15 minutes (or the social media equivalent). It doesn’t even take a stretch to see that if someone who was sexually abused can find a bunch of congratulations for mutilating their genitals they get a win-win. They can curtail the avenue that was used for their abuse and get a bunch of superficially-derived dopamine release at the same time.

This is a textbook case of exploiting a vulnerable individual into making a life-changing decision just to push a political agenda.

You can have your cake and eat it too, but who wants cake that’s been eaten?

I recall he/she reveling in the limelight. Regrets now that the parade has moved on…

A couple other stories:

This story broke in the early years of SOFREP which emerged from a military special ops fanboy podcast. Beck was on there and interacting with SOFREP members in the comments. He got a lot of support and backing for his decision from peers and outright strangers. There was scorn towards anyone speaking otherwise.

It wasn’t clear from the interactions how “broken” this guy was as a human being. In the conversations I recall he commented how bad his bones/joints were from years of rough action in the teams.

The bigger problem is NOT the broken person, it’s the sheer stupidity of the larger society that’s not willing to call right from wrong or incorrigible vs encouragable.

How much is institutionalized sterilization / population control behind the movement?

It’s Her choice/Choice from conception to death.

Trans- (i.e. state or process of divergence), gender (e.g. sexual orientation), yes. Transition, no. Some simulations are better than others. Refunds are not guaranteed. Caveat emptor.

“His story was used as propaganda to allow trans people in the military and to popularize the issue. Now Chris is ready to expose the truth.”

Hey, this is a remake of a movie I’ve already seen.
The original starred Norma McCovey.

Is that his wife beside him in that photo? Because she looks desperately unhappy.

This “transgender” farce is finally about to come full circle. It’s mental illness, always has been.

Menage a trois with a split personality. It wasn’t fair to her. Good for them that he found his way back. The majority of trans/neos, as opposed to trans/homos excluding groomed “young adults”, are not so fortunate, exacerbated by conversion therapy through surgical, medical, and psychiatric corruption with Mengele mandates in the not-so-modern model.

Alt least he is speaking up to warn others.

Can you imagine a transvestite navy seal on a secret mission? Corporal Klinger would be ‘outed’ in seconds.