Ordinary Americans Can Save the Country at the Local Level

Ordinary Americans Can Save the Country at the Local Level

“It’s going to be a long, thankless slog, but there’s no other way.” 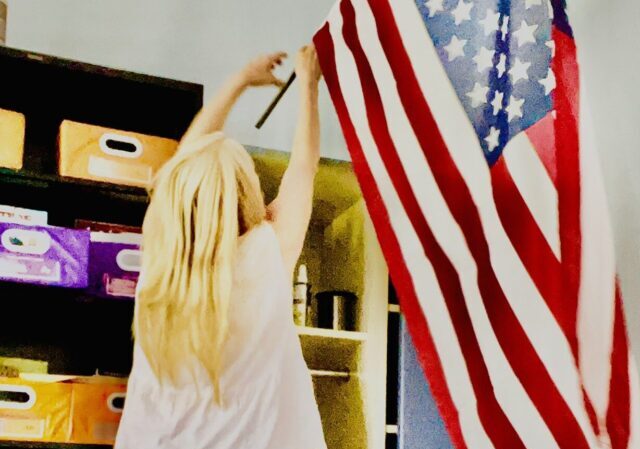 A lot of people feel helpless to save the country they love. The way to make a difference is to get active on the local level.

Ordinary Americans Are Going To Have To Save The Country Themselves, One Town At A Time

One of the things I get asked from time to time by readers is, what can ordinary people on the right, Christians and conservatives, do to help save the country — besides voting on Election Day?

It’s a good question, and it comes from the very understandable feeling of helplessness many people feel about the direction of the country and, let’s be honest, the collapse of Western civilization that’s now well underway. It’s especially easy to get frustrated after an election cycle like the one we just had, in which Republican leaders thoroughly botched it and left things more or less where they were before the voting.

Put another way, if voting doesn’t really change anything in our so-called democracy, what will?

By all means, keep voting in national elections. Keep making your voices heard at the ballot box. But salvation won’t come from Washington, D.C. If America is going to be saved, or even just parts of it are to be saved, then ordinary men and women, God-fearing patriots all across the country, are going to have to do it themselves, one town at a time. And they will have to do it the old-fashioned and unglamorous way, by taking over the local institutions of civic life, organizing and winning elections for city council and school board, finding reliable and competent people willing to be candidates and staff and volunteers.

It’s going to be a long, thankless slog, but there’s no other way.

The long march through the institutions won’t be reversed by a single flying leap.

Step 1: Save your children by removing them from the government schools.

Once the institutions of “the country” are no longer for you, you have to save yourself granularly — locally, one issue, one event at a time.

Weirdly, saving yourself one inch at a time, also saves the country, eventually.

I think we have to use the power of the small claims court.
It is very inexpensive and you don’t need a lawyer.

Imagine what would happen if at one of these college guest speakers that are shut down with violent threats that good video identifies them. Sue them individually in small claims court for $2000.
Mommy and Daddy will have to spend thousands on lawyers or pay the $2k plus Court costs.
Do you think that person will be at the next event?
Sue ALL the little guys for just a little rather than trying for huge sums from deep pockets.

The plaintiff doesn’t even need to be the speaker, just someone present who felt threatened. It would be a great summer job 😉

what can ordinary people on the right, Christians and conservatives, do to help save the country — besides voting on Election Day?
You have to change the electorate. It isn’t the “system” that’s broken. It isn’t simply that some awful people are in charge. It’s that the system is being abused by awful people who either got elected or built out the bureaucracy enabled by those who got elected.

If you don’t change the hearts and minds of the electorate back to those important things, then all the voting in the world isn’t going to actually return us to a free republic.

This is precisely what the John Birch Society set out to do since its founding 60+ years ago – educate the public, the electorate, on the proper, limited role of government as designed by the Founders/Framers. See, e.g., the 9th & 10th amendments.

The JBS’s citizen-led chapters do exactly what it is being called for – bottom up support for limited government.

The founder of the John Birch Society called President Dwight D. Eisenhower a “conscious, dedicated agent of the Communist Conspiracy”. Welch also claimed President Franklin D. Roosevelt had known about the Japanese attack on Pearl Harbor in advance but said nothing because he wanted to get the U.S. into the war.

I think there are better groups out there to emulate than the John Birch Society.