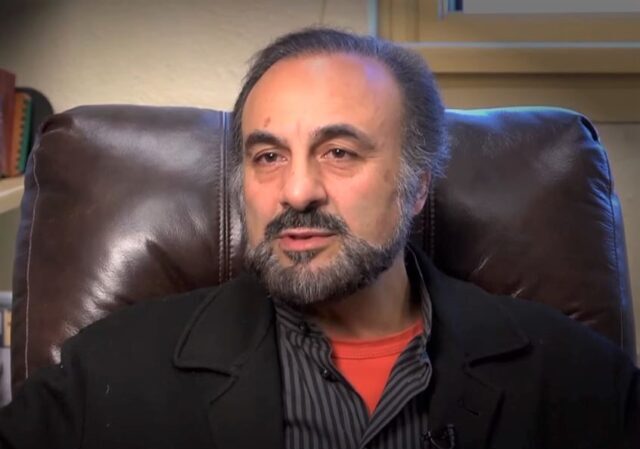 According to a 2018 report by Amnesty International, Mahallati helped cover up some of the Iranian regime’s crimes against humanity. Oberlin conducted an internal investigation and essentially accepted Mahallati’s denials at face value. This background is described more fully in LIF’s previous reporting:

Do you still believe @Oberlincollege administration over all of us? Stop giving your hard earn money to a school that protects #Mahallati accused of involvement in crimes against humanity. @edhelms@RichardHaass@lizphairmusic@joshritter@lenadunham@peterbakernyt@les_leopold

Ebadi won the Nobel Peace Prize in 2003 “for her efforts for democracy and human rights. She has focused especially on the struggle for the rights of women and children.” The other two signatories are Ladan Boroumand, an historian and co-founder of the Abdorrahman Boroumand Center for the Promotion of Human Rights and Democracy in Iran, a non-governmental organization that promotes human rights awareness through education and information dissemination; and Azar Nafisi, author of Reading Lolita in Teheran.

LIF was not able to find a copy of the complete letter, but substantial portions of it have been publicly reported. The letter, sent December 12, charged that the “cumulative weight of the evidence is why we were so disappointed to learn that, aside from hiring Mr. Mahallati and granting him tenure, Oberlin conducted a secretive investigation that arrived at his wholly implausible exoneration. To our knowledge, Oberlin spoke to no experts or victims about this issue in its investigation.” The letter also reportedly states:

The process by which this [Oberlin College] investigation was conducted, and its bizarre finding that Mr. Mahallati had no knowledge of the killings, leads us to conclude that the investigation was an exercise in whitewashing a controversy rather than an attempt to arrive the truth…

[We request] that Oberlin authorize a third party to conduct a transparent investigation of the allegations against Mr. Mahallati. Your university’s reputation, and your commitment to justice and fairness, depend on it…

We have also learned that several hundred families of victims of the 1988 massacre of political prisoners in Iran brought Mr. Mahallati’s background to your attention in an October 2020 open letter and subsequent correspondences, but that you have taken no credible action in this regard. We write to add our voice to theirs, seeking an impartial and independent investigation…

As the United Nations and Amnesty International both note, Mr. Mahallati exerted great effort in denying the killings and portraying them as foreign propaganda…

It is our collective expert opinion that Mr. Mahallati knew, or should have known, about the killings taking place in 1988. Even if he did not know (which is a highly unlikely scenario), a reasonable person in his position would have investigated and learned of the killings. Thus, Mahallati’s lies to the United Nations about the killings reveal an intent to mislead the world about the killings in an effort to assist in their cover-up…

3/ I note that, at this point, @oberlincollege took far more serious action against a local bakery based on a bogus claim of racial profiling than against a prof who, according to UN documents, misled the world about the execution of 5,000 prisoners. https://t.co/WQYfBjy4Uw

As LIF readers know, Oberlin’s continued employment of Mahallati is not its only decision to make the news. The school was found liable for defaming a local business, Gibson’s Bakery, by falsely branding it racist after the bakery caught a student using phony identification and attempting to shoplift. Oberlin refused to settle, to apologize, or pay damages promptly; but recently, it finally paid Gibson’s the over $36 million judgment.

A school justly proud of its history of supporting abolition and admitting both blacks and women, has more recently been known for bandying false racism charges and giving a prestigious tenured position to a man who built a career representing a religious despotism determined to keep women and ethnic minorities subservient. Oberlin’s leaders should take a hard look in the mirror is they prepare for the new year.

Pick an issue and Oberlin will come down on the wrong side of it. It’s in their DNA.

They were busy with the bakery…

Someone posting here said their grandchild was going there, they couldn’t sway the parents

But probably they are wayyy to left to care

Sounds like he fits right in to me. Fits into Oberlin, that is. The rest of the world, not so much.

Having lost one, Obelin becomes a target of opportunity for every opportunist who happens by.

Have they never seen a feeding frenzy?