Judicial Watch: “The California courts again have upheld the core American value of equal protection under the law.” 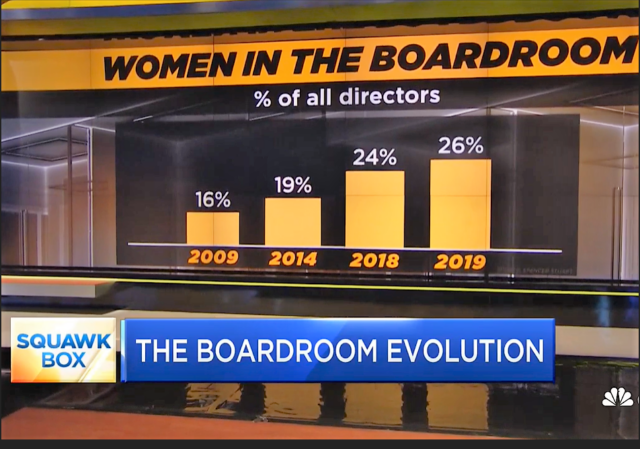 The laws were challenged in court by Judicial Watch, and victories were obtained in the trial courts relating to both laws. We covered the results earlier this year. The first involved racial quotas, and the court rejected the now-fashionable concept of discrimination to achieve “equity,” California’s Corporate Board Diversity Quota Law Held Unconstitutional. From the ruling:

If demographically homogenous boards are a problem, then heterogeno s boards are the immediate and obvious solution. But that doesn’t mean the Legislature can skip directly to mandating heterogenous boards. The difficulty is that the Legislature is thinking in group terms. But the California Constitution protects the right of individuals to equal treatment. Before the Legislature may require that members of one group be given certain board seats, it must first try to create neutral conditions under which qualified individuals from any group may succeed. That attempt was not made in this case.

In the Court’s 23-page verdict, the Court specifically found that “S.B. 826’s goal was to achieve general equity or parity; its goal was not to boost California’s economy, not to improve opportunities for women in the workplace nor not to protect California taxpayers, public employees, pensions and retirees.”

Stays against the injunctions has been issued, but those stays were just lifted in rulings in both cases by  the California Court of Appeal. Judicial Watch announced the results:

A detailed analysis of the case and the appeals court ruling is at the Harvard Law School Forum on Corporate Governance, which notes that under California procedure, the lifting of the stays does not necessarily reflect how the court ultimately will rule:

You may recall that, earlier this year, two Los Angeles Superior Courts struck down as unconstitutional two California laws mandating that boards of public companies achieve specified levels of board diversity and enjoined implementation and enforcement of the legislation. Those injunctions, however, were temporarily lifted as the state appealed. Now, the appeals court has vacated those temporary stays. What does it mean for the diversity legislation?

Those cases are being appealed by the State, and, in both cases, the California Secretary of State petitioned for a writ of supersedeas seeking stays, pending appeal, of the enforcement of the permanent injunctions imposed by the lower courts. (See this PubCo post.) In the meantime, the appeals court had temporarily lifted the permanent injunctions, to the extent those injunctions required the State to modify its procedures for or enjoin collecting and reporting data otherwise required under the applicable statutes, pending further order of the appeals court. (See the SideBar in this PubCo post.)

At the end of last week, the California appeals court denied the State’s petitions for writ of supersedeas in these cases and vacated the temporary stays—meaning that the injunctions against implementation and enforcement of these two statutes are back in place. Do these Orders suggest that the appeals are unlikely to succeed on the merits? Some reading the tea leaves would contend that they do. Former California state senator, Hannah-Beth Jackson, author of SB 826, the board gender diversity legislation, told me that, although the court’s Order was a summary denial, providing no guidance as to its reasoning, she believes the Order was based largely on the issue of standing argued in the writ and not on the larger, more substantive issues that will be addressed in the appeal, which she believes will be winning arguments. Time will tell.

But it does seem that if the appeals court lifted the stays on the injunctions, then it’s likely to deny the appeal by the state on the substance. For now, race and gender quotas for corporate boards are enjoined.

“Sex” refers to the biological role that the individual plays in reproduction. There are only two of these roles, “male” and “female”.

“Gender” isn’t a synonym for “sex”. The wokester propagandists know this, which is why they invented make-believe words like “cis-gender” (“gender” matches “sex”). “Gender is a language convention, and pronouns (words, i.e. “things”) are have “genders”. They refer to a person’s “sex”. (An inanimate thing that is not artificially sexualized, which varies language by language, gets referred to as “it”.)

Gender is an adjective. There are three: Male, Female, and Neuter.

Sex is a verb. I’ll leave this sentence here.

I believe sex as a verb is a recent phenomenon, but I’m not an etymologies so I won’t say that with certainty.

Sex is a verb: male to female vaginal intercourse.

Nineteenth Amendment:
“The right of citizens of the United States to vote shall not be denied or abridged by the United States or by any State on account of sex.
Congress shall have power to enforce this article by appropriate legislation”

That doesn’t refer to whether or not you’ve had sexual congress.

Gender is a noun and adjective: set of sex-correlated attributes (e.g. sexual orientation): masculine and feminine. Trans- refer to a state or process of divergence from normal.

word-forming element meaning “on the near side of, on this side,” from Latin preposition cis “on this side” (in reference to place or time), related to citra (adv.) “on this side,” from PIE *ki-s, suffixed form of root *ko-, the stem of demonstrative pronoun meaning “this.” Opposed to trans- or ultra-. Originally only of place, sometimes 19c. of time; 21c. of life situations (such as cis-gender, which is attested by 2011).

Cis- refer to the near or same side as in homosexual.

Yes, thank you. I’ve been saying for some time that using the word “gender” when we really mean “sex” is playing into the hands of the Orwellians. “Gender” as a psychological construct is a complete fad and fabrication, created by degenerate psychologists and with absolutely no clinical support.

Your first paragraph says it all. Leftists think of human beings as things and not as humans.

Culturally appropriated in order to socially distance trans/homosexuals from others in the transgender spectrum. Also, the rainbow in a human context is a hate symbol: albinophobic, also exclusive of black, brown, peach, etc. Pride is a family of lions and a pride parade is a procession of lions, lionesses, and their [unPlanned] (i.e. “viable”) cubs. Liberalism is a philosophy of divergence. Progressivism is [unqualified] monotonic: one step forward, two steps backward.

That said, civil unions for all consenting adults. End the bigotry. Stop the hate.

The court seems eager to impose quotas once its suggestions are followed.

The California courts again have upheld the core American value of equal protection under the law.

The main factor that keeps getting overlooked in this debate over the % of females is that of personal choice. Getting to the top of any private sector profession and some public sector professions, the military being an example, is extremely difficult. There’s a narrow path to get there. Lots of sacrifices along the way. The overwhelming majority of people simply choose not to make the many sacrifices in the other aspects of their lives.

Who really wants to work 70+ hours every week for 25-30 years to get there? Not many people. Most of us decide we would rather have some semblance of balance between our families and work and choose to exit the extremes of the rat race to the summit. Beyond a certain point the financial rewards become meaningless beyond keeping score for vanity.

When I had a home and nice vehicles and furniture and a few cool toys and my daughter’s college funds set up and zero debt with a well above average income stream I exited. IMO, $ is a tool and it’s utility diminishes when we don’t have time to enjoy the things it buys.

That such cases even need to be litigated in the first place, in order to vindicate and confirm long-established Equal Protection principles and caselaw that are being brazenly and lawlessly flouted/undermined by the vile Dumb-o-crats, is simply galling and contemptible.

There is method in their madness, and madness in their method.