“Mpox” was vanquished by a combination of vaccination and natural immunity. 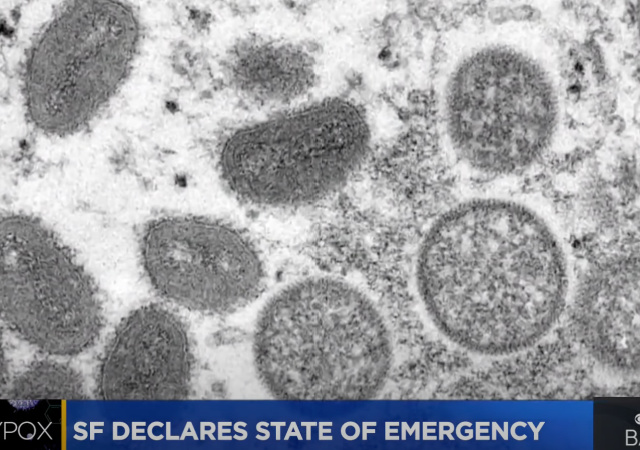 The Biden administration is announcing that Mpox (the senselessly rebranded monkeypox) is expected to be no longer considered a public health emergency in this country as of Feb. 1, 2023.

The months-long declaration was meant to tackle the largest-ever outbreak of cases in the country. The move signals that the crisis, which led to a spate of cases mostly among men who have sex with men, has come under control and would no longer require an emergency status meant to shore up funding and tools to fight the disease.

“Given the low number of cases today, HHS does not expect that it needs to renew the emergency declaration when it ends on January 31, 2023,” U.S. Health Secretary Xavier Becerra said in a statement on Friday.

According to the Centers for Disease Control and Prevention (CDC), there have been 19 monkeypox-related deaths out of over 29,000 cases.

There were some indications that same month, however, that the Biden administration was pulling back on the national monkeypox response. Two months prior, when the hundreds of cases were still being reported daily, the White House had requested $4.5 billion to bolster the monkeypox response.

But in November, the administration lowered its request for monkeypox funding to $400 million for the purpose of restoring reserves of the smallpox vaccines that had been used for the response.

According to the most recent federal data, the seven-day moving average for monkeypox cases is seven, a steep drop from when the average peaked at about 460 cases in early August.

There are several reasons the number of monkeypox cases is dropping, which include the vastly underappreciated natural immunity.

This strain of monkeypox was overwhelmingly spread between men who have sex with other men. While monkeypox is technically not a sexually transmitted infection—it can be spread through physical contact with rashes and sores of an infected person—this particular strain seemed stubbornly resistant to nonsexual spread. Los Angeles County data, for example, shows that only 43 of the 2,388 confirmed cases were in women. So, the number of demographic groups at risk of infection was much lower than the number at risk of catching COVID-19.

The second most obvious explanation: Vaccinations became available—eventually. The CDC reports more than 1.1 million doses administered across the country over the summer. And the vaccines largely worked. They weren’t foolproof. A small number of vaccinated people nevertheless got monkeypox. But the CDC calculates that unvaccinated people who engaged in the same behavior as the vaccinated people were 14 times more likely to get monkeypox.

A less obvious explanation for the decline is simply that once people got monkeypox and recovered, their resistance to reinfection is likely very high. It’s not like COVID or other respiratory illnesses that can quickly adapt and mutate into different variants; it’s more like smallpox. Experts believe that this resistance will last for decades, if not the rest of a person’s life.

This announcement should be the next logical step for the nation’s public health bureaucrats.

So, it’s not providing the political expedients they were hoping for?

That, ad it is time to move on to whatever new crisis they have in mind for the public.

Transgender males and groomed children. Another case of the HIV community pandemic. Another case of an underage girl, raped by an illegal alien, sent to a socially progressive sanctuary state in order to abort, perhaps cannibalize, and sequester the “burden” of evidence.

Well gee, the Biden regime couldn’t parley the monkeypox, sorry, the M-Pox™ into a major panic so they’re quietly letting the whole non-emergency expire at the end of Jan ’23. I wonder what disease the Biden regime will import next. After all, we do have a presidential election rapidly approaching in 2024 and the democrat party will need something, anything, to justify continuing their mass mail in ballot and early voting schemes that have been so successful for them in the past.

Monkeypox was a bust. But I’ve got a feeling we ain’t seen nothing yet.

Yeah, transgender rites in socially liberal states were not always politically congruent. Monkey pox lacks the social cachet, the scientific cargo of AIDS that could plausibly force the majority of the population to take a knee, beg, “donate”.

And guess who screwed up the whole HIV/AIDS response once it became a huge problem for the United States. Yep, you’re right. It was Anthony Fauci. He thought a HIV vaccine could be developed and ignored everything else. And AIDS has plagued us ever since then. (Though now we have those “Prep” drugs that supposedly reduce the chance of getting HIV/AIDS if you insist on having risky behavior.)

“Finding an HIV vaccine has proven to be a daunting scientific challenge,” said Anthony S. Fauci, M.D. NIAID director. “With the success of safe and highly effective COVID-19 vaccines, we have an exciting opportunity to learn whether mRNA technology can achieve similar results against HIV infection.”

Not sure how Fauci could call the Covid-19 serum (won’t call it a vaccine because it isn’t one) a “success” and “safe and effective” but there you go and here we are.

Well, that was a dud…now back to covid until they can thing of something else. Remember Eboli? Whatever happened to that? Well, there are some reports, now, that it’s rising again…somewhere. Testing, testing…

COVID “emergency” set to expire January 15th. Any takers on it not be extended?

The federal government is in no danger of crossing any date on the calendar on which its last remaining emergency declaration expires. I think the USA has been under a continuous state of emergency under some declaration(s) or other since before WWII.