“The study, funded by the National Institute of Health (NIH) and conducted by the University of Oregon, began on December 1 and will last roughly two years.” 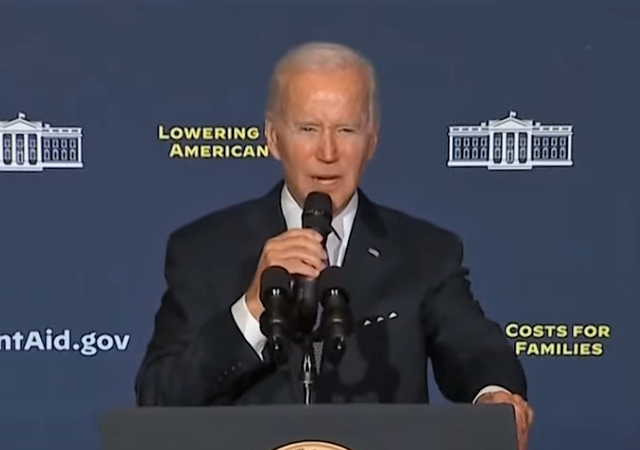 The Biden administration is preparing to spend $1 million dollars on a study to find out if drug addicts can be trained to distribute COVID tests.

A million dollars is chump change by federal spending standards, but the subject of the study belongs in the ‘you couldn’t make this up’ category.

The Biden administration will spend $1 million next year to fund a study on how to train drug addicts to distribute COVID-19 rapid tests to other drug addicts.

The project summary emphasizes that “people who inject drugs” are especially vulnerable to the outbreak of COVID-19 due to “structural disadvantage, health vulnerabilities, and stigmatization that prevents adequate access to medical care.” This issue will be addressed through a “facilitation of rapid testing by people who inject drugs (PWID) via a supported employment program that trains PWID as peer health workers.”

The study, funded by the National Institute of Health (NIH) and conducted by the University of Oregon, began on December 1 and will last roughly two years. Efforts to distribute COVID tests to drug-infested communities have been studied before, the summary notes, but more information on rapid test distribution is needed.

“Rapid tests may offer an advantage over PCR tests for PWID experiencing structural vulnerabilities such as houselessness and lack of access to technology so that they can receive results in real-time and be quickly connected to needed resources,” the summary said.

Joe Biden and admin have decided to spend $1 MILLION of U.S. taxpayer dollars to fund a study to figure out how to train drug addicts to distribute COVID tests to other drug addicts.

Say what? The study will cost $1 million. Lots of better ways to spend the money on harm reduction. You could pay any random person to hand out tests too. https://t.co/rXxmsTzbLu

At the same time, the drug Paxlovid, which has been used to treat COVID, is about to become much more expensive for Americans.

Paxlovid Has Been Free So Far. Next Year, Sticker Shock Awaits.

Nearly 6 million Americans have taken Paxlovid for free, courtesy of the federal government. The Pfizer pill has helped prevent many people infected with covid-19 from being hospitalized or dying, and it may even reduce the risk of developing long covid. But the government plans to stop footing the bill within months, and millions of people who are at the highest risk of severe illness and are least able to afford the drug — the uninsured and seniors — may have to pay the full price.

And that means fewer people will get the potentially lifesaving treatments, experts said.

“I think the numbers will go way down,” said Jill Rosenthal, director of public health policy at the Center for American Progress, a left-leaning think tank. A bill for several hundred dollars or more would lead many people to decide the medication isn’t worth the price, she said.

Perhaps this is a more pressing issue.

Depends. Is the government paying $50K per box delivered?

After attending the the Drug Addict Painting Course, Hunter is busy selling his $200,000 paintings.

I took HCQ and recovered in five days. Brandon, Fauci, Walensky and who knows how many others took Paxlovid and relapsed.

I took nothing, and recovered in 12 days, twice. You’re either sick enough already for COVID to push you over the edge, or… you’re not. It’s the flu, either way.

What the heck is “houselessness”?

Paxlovid Is an awful worthless drug

It’s a new Democrat word that magically erases the stigma of all the previous words… for six to nine months until it begins to stink just as badly. The root word in the chain is “bum.”

Fess up Mike.. You are writing for the BEE on the side, amirite?

And you may as well train them how to distribute Pet Rocks.
“My teeth are falling out, my nose won’t stop bleeding, and it feels like Satan is stabbing me in the guts, but I’m worried I might have COVID. I think I need an Obamacare application, too.”

I really do not understand why this WH is trying to be so disruptive. Paxlovid is not a drug you can just distribute like an aspirin. And this senile POTUS is going to give addicts who are not medically licensed or educated the responsibility of giving this drug to people. The lawsuit will be massive when people who should not take this drug start dying. WHY DO THIS?

“this senile POTUS is going to give addicts who are not medically licensed or educated”
You racist, denying junkies’ unofficial qualifications from life experience!

Interestingly, as a Portland resident, I in particular noticed during peak WuFlu that the feral humans were not being wiped out by the bug. Hmmmmm. Why? My scientific wild-ass guess (SWAG) id that their unusually high sun exposure and therefore possibly high Vitamin-D levels were acting as active suppression. You’d think that living in squalor and filth would take them out, but no, so why not?

Services to the feral humans is the biggest grift operation going on in PDX at the moment. Biden’s contribution is just the cherry on the top of a multi-layered cake. I am surprised that no enterprising and morally compromised lawyer has sued the city for enabling drug addiction with these programs, because that is literlly all that they are doing. Fix fix fix, but never ever solve. Money stops once it is solved.

I would guess more probably because people on the streets rarely survive into the age range where COVID would become an actual risk to them. They die of other stuff, younger.

Why the hell don’t you teach them via a work camp in Montana making trails and replanting forests rather then fund a useless study which will teach and do nothing but payoff another Democrat donor.