Alarms Sounding Over British Return of Indian Ocean Islands, Including One with Important U.S. Naval Base

Alarms Sounding Over British Return of Indian Ocean Islands, Including One with Important U.S. Naval Base

Top Republican demands assurances from Biden administration over base on Diego Garcia, 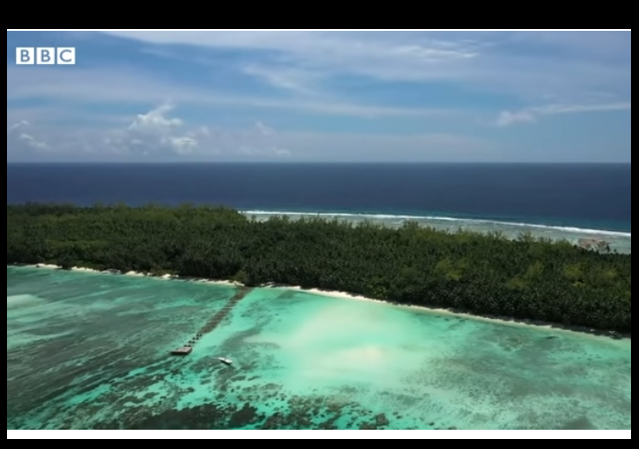 Diego Garcia is an island of British Indian Ocean Territory. On that island. the Camp Justice U.S. Navy Support Facility provides critical support to U.S. and allied forces forward deployed to the Indian Ocean while supporting multi-theater forces operating in the CENTCOM, AFRICOM, EUCOM, and PACOM areas of responsibilities in support of overseas operations.

Needless to say, it is a strategic military asset. Unfortunately, the base’s future is questioned as the United Kingdom plans to return an Indian Ocean island chain to Mauritius.

The United Kingdom is on the cusp of returning one of its last colonies to its native inhabitants, but national security experts say the move could have dire consequences for the US, which leases a Navy base from the Brits on one of the islands.

The Chagos Archipelago is made up of about 60 islands located about 1,500 miles south of India, a position that offers the base on the island of Diego Garcia a strategic advantage due to its proximity to the Middle East and South Asia.

“This is an important story with strategic implications,” RAND Corporation senior international defense analyst Timothy Heath told The Post. “Diego Garcia … is a very valuable basing facility due to its location in the Indian Ocean. The US does not have great access outside of Diego Garcia in that part of the world.”

The UK last month began negotiations with the island nation of Mauritius over the sovereignty of the Chagos Archipelago, which has been a British possession since 1814.

The return is troubling, as Mauritius has close connections with China.

The issue is one of the most important strategic locations in the Indian Ocean, from where U.S. B1 and B52 bombers can reach maritime chokepoints, vital sea lanes and even potential Chinese bases everywhere from Djibouti to Pakistan.

The British government says any deal will protect the U.S. operation at Diego Garcia.

But British MP Daniel Kawczynski is warning his American counterparts that handing sovereignty to Mauritius – with its deepening economic ties to Beijing – offers no guarantee that China won’t soon have its own base on the island chain.

‘If you look at the amount of investment the Chinese have in Mauritius, I would argue that for all intents and purposes they control Mauritius,’ he told DailyMail.com.

‘They have a policy of hoovering up all of these islands in the South China Sea… the idea the Chinese are not going to take advantage of us giving up these islands is wrong.’

Congressman Mike Waltz (R-FL), a former Green Beret, is sounding the alarm and asserts that the return could have ‘catastrophic’ consequences for American military power across a swath of the globe.

‘It has been used in every major contingency operation from the Iranian Revolution, Desert Fox, Desert Storm, Operation Enduring Freedom in Afghanistan,’ he said.

‘it’s often described by both the Navy and the Air Force as the unsinkable aircraft carrier sitting in in the middle of the ocean.’

‘We must ensure that we do not repeat the Biden Administration’s shortsighted blunder of ignoring our generals’ recommendations and abandoning Bagram Air Base during the chaotic withdrawal of U.S. forces in Afghanistan,’ writes Waltz in his letter.

‘Bordering China and in the backyard of Russia and Iran, giving up Bagram took away a crucial American asset in the great power competition.

‘After losing this air base, officials from the Office of the Secretary of Defense assured me that the loss of Bagram could be mitigated by strategic assets operating with similar effect from Diego Garcia.

‘Conceding both of these critical assets would be catastrophic to deterring our adversaries in the Middle East and Indo-Pacific.’

In keeping with its usual policy priorities, I project that the Biden administration will go forward with actions that support China in preference to those that help our nation…especially our military.

Alarms usually sound when it’s time to evacuate. So is that what we’re doing?

Let’s be clear. This is not a “return”. These islands were uninhabited by anyone when discovered. The few that lived on Diego Garcia were copra employees who the British brought there. They were tenants. Like the Flaklands, this is a made up claim by a nearby country.

Yes, exactly. There are no “native inhabitants”, as claimed in the cited article; and in any case the UK is not proposing to “return” it to them but to some other country they have no connection to. I wonder whether anyone has bothered asking them what they think of suddenly finding themselves under Mauritian rule.

Pretty much it exactly. No one exercised any sovereignty over most of the islands there until the Europeans came along. And they fought eash other for the rights to the isleands. The natives aren’t natives of the islands any more then the Europeans were. CIA factbook brief history: https://www.cia.gov/the-world-factbook/countries/mauritius/

I wonder why the UK is doing this? Are they under some sort of international pressure to “return” land that was uninhabited when they settled there?

Frenemies do this sort of thing.

Yes. “Docolonization”, you know. Because it worked out so well in Africa.

The sun has gone down all over the British Empire.

If those islands gotta go to someone, how about India?

The actual issue is how to keep sea lanes open with one less base to work from. What will CCP China do with another force-projection outpost? What they do with the others, one assumes.

If Imperial China can’t have the TPP — a “mutual” agreement coerced into being by one “partner”, them — they’ll do it another way. They are not shy about using choke points they have. CCP China happily floats “development projects” on the Mekong headwaters whenever some SE Asian country gets out of line. “Nice rice farming you depend on, there. Would be a shame if anything happened to it.” Planting islands for similar strangulation threats is just business as usual.

It takes no genius to see they’ll grab existing islands for the same purpose. On these, they don’t even have to build ports and air fields.

If only nearby dominoes would form themselves some joint prosperity arrangement, n work together. Every CCP Choke Point is also a choke point on the CCP, if the folks near to hand would act that way. One regional wag was overheard saying: “Surely we must all strangle together or we will all be strangled separately.”

The US could help broker all this, except nobody thinks the US an honest broker any more, and the current administration has particularly alienated India — the obvious lead on this issue.

Interesting times, as they saying goes.

That is why Japan has announced $300,000,000 in defense spending and changing it’s stance from a defensive force. They are looking at Brandon&Co and making plans of being abandoned by the USA. What Brandon is doing to the US and our standing in the world with our once allies is worse than anyone can imagine.

Unless Hunter (and the Big Guy) get a piece of the action, Diego Garcia is gone.

And also exactly so … if it’s up to only us.

I wonder if other players are going to step up in their own interest.

If the islands have to go somewhere, why not US?

We can buy them and either buy out the claimants (who are sorta semi-legitimate and have a little, but not very much, international law on their side) or settle them. There are 60 islands; we’re using these, um, three or four for the military bases, and you folks are welcome to live on the others. Bring suntan lotion.

The Chagas then would be unincorporated American territory. It would fall under the Department of the Interior; that department recommends a governor to be appointed by the President. Perhaps Stacey Adams would be available.

The point is, it need not go to Mauritius. It could easily be ours, and it sounds like our military still finds it to be useful.

On a positive note, the Omnibus Spending Bill that Cocaine Mitch is hellbent on pushing to give Biden and the Dems all their pet projects for the next year has $400,000,000 for Border Security in it. Unfortunately, it’s to secure Jordan’s border.

If you read the article you’ll see that US tenure on Diego Garcia is not the issue. The UK has already said it will make sure the US can stay there. The issue is that once the Mauritians have been given control they can allow their Chinese friends to put up a base on the next island over. The only way to prevent that is to have a friendly power (such as the UK) control the entire archipelago. Which they did until now, but are now looking to get rid of so they can rid themselves of the stigma of “colonialism”.

Great Britain will obtain promises, and do just as much as it did to ensure the promises made to Hong Kong were kept. NOTHING.

“The UK has already said it will make sure the US can stay there.”

The UK’s promise is worthless. They cannot guarantee the US will be able to keep Diego Garcia. The UK does not have the power, authority or legal backing to do that.

Sure they can. They can make it a condition of the handover. That’s how the USA still has Guantanamo Bay after all these years; the pre-Castro Cuban government agreed to it, and the USA insists on enforcing that agreement.

Again, the real issue is preventing China from setting up next door.

The key phrase in your response is “the USA insists on enforcing that agreement”. It does so by having a military presence and making clear to the Castro government that Miami is a lot closer than Moscow…and our military can eviscerate theirs.

The Chinese have no fear of the Brits–as we see by the recent experience of Hong Kong. The Brits couldn’t stop us if we chose to expropriate the island (and perhaps a couple of the surrounding ones), but it definitely wouldn’t enhance the special relationship we have with them now (including some joint activities that don’t get talked about much, at least publicly).

The age of imperialism is fading fast as the last remnants are brokered away. Perhaps we would be wise to end our lingering imperial pretensions as well.

China is doing things the smart way–buying the smaller and poorer countries. This will complete the diplomatic isolation of Taiwan; after this, the aid junkies will have to accept occupation.

This news couldn’t come at worse time, when we have the worst president in recent history in charge of national security. Biden could care less about the USA, he proved that with his actions in Afghanistan. He continues to show his contempt of Americans by leaving our borders wide open. If, we don’t have military power, we are just sitting ducks waiting for WWIII, We saw what happened to Hong Kong, when the Brits returned sovereignty back over to them.

since the brits are going to abandon the archipelago regardless, why not just declare them US territory and be done with it–who is going to stop us ? the brits? no–the chinese? no–the UN? who cares ?