It’s not clear what the object is or its purpose. 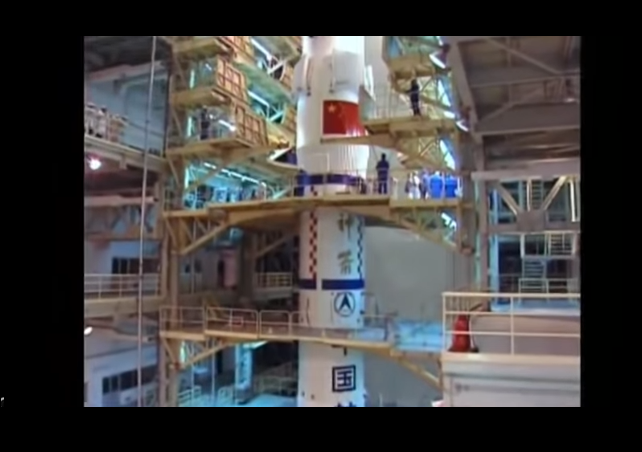 The U.S. Space Force recently announced that it detected a Chinese reusable spaceplane releasing an object in orbit.

China launched its experimental reusable rocket on Aug. 4 and kept it in orbit for 90 days. U.S. officials revealed that space tracking data identified a second object in a similar orbit to the Chinese craft — the nature of which remains unknown.

The U.S. Space Force’s 18th Space Defense Squadron determined the object is likely in “very close” proximity to the Chinese craft at a distance of less than 200 meters, according to Orbital Focus. The object may have separated out in the week prior to its detection on Monday.

Additionally, the Chinese released no information or statement on the mission since its initial launch, Space News reported. How long the vessel will remain in orbit is also unknown.

Apparently, a similar device may have been deployed by the Chinese in 2020.

The object first popped up in US Space Force data on Oct. 31, and according to Orbital Focus it initially traveled close enough to the spaceplane that observers wondered if it might be tethered.

But over the last few days tracking data shows they have begun to slowly separate and were about five kilometers apart as of Friday.

It’s not clear what the object is or its purpose. Chinese authorities have been quiet about the mission aside from a brief acknowledgment of the original launch of a space plane in August.

A similar object was deployed during that two-day spaceplane flight in 2020 that emitted microwave radio signals for weeks.

Alternatively, the deployment may mean the Chinese mission is coming to an end.

The hush-hush vehicle, which launched to Earth orbit on Aug. 4, ejected something on Monday (Oct. 31), according to astrophysicist and satellite tracker Jonathan McDowell, of the Harvard-Smithsonian Center for Astrophysics.

The newly released object “may be a service module, possibly indicating an upcoming deorbit burn,” McDowell, of the Harvard-Smithsonian Center for Astrophysics, said via Twitter(opens in new tab) on Monday.

That’s not the only possible explanation, however.

Whatever the object is, its release probably heralds the mission’s impending end — if a single previous data point is a reliable guide, anyway. The Chinese space plane has one other orbital mission under its belt, a two-day jaunt in September 2020 that ended shortly after a similar ejection, as Jones noted.

I wonder how much of their space technology was provided to them by certain politicians for personal gain?

I’m more concerned about the idiots in America that want more misery.
I’m at the “Fuck Around and Find Out” stage of life. Keep up the good job, LI.

Ever think it might be nothing more than a garbage can so they don’t have to bring their trash back home?
.

I wonder how long it will be before the Space Force discovers no one has ever been to the moon?