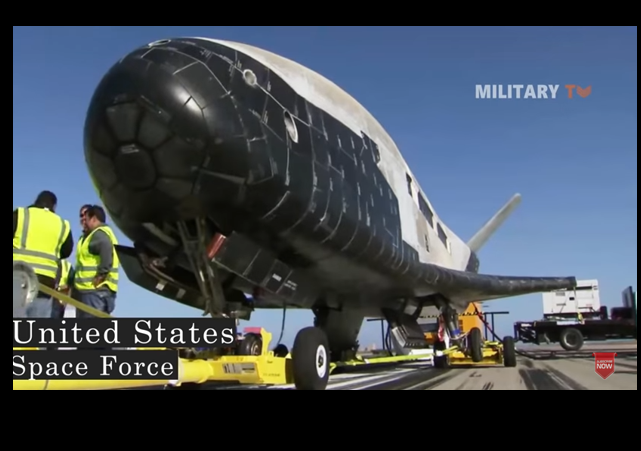 The record-breaking sixth mission of the U.S. military’s X-37B space plane is finally over.

The Boeing-built space plane also carried a service module on the newly completed mission, a first for the U.S. Space Force’s X-37B program.

“With the service module added, this was the most we’ve ever carried to orbit on the X-37B, and we’re proud to have been able to prove out this new and flexible capability for the government and its industry partners,” Jim Chilton, senior vice president at Boeing Space and Launch, said in a statement today (opens in new tab).

The landing caused quite a stir in Florida.

Sonic booms heard across central Florida Saturday morning were likely caused by the landing of a secretive U.S. Space Force spaceplane that had been in orbit since May 2020.

…People across Florida heard the sonic boom early Saturday morning, and many speculated what could have been causing it.
According to the Space Force, the service module successfully separated from the rear of the vehicle before landing, which is necessary for the X-37B to re-enter the atmosphere and land successfully. OTV-6 was the first mission of the X-37B to include the service module.

A number of other experiments and tests were conducted on-board the X-37B spaceplane by NASA, USSF and the USAF.

SONIC BOOM: This video from East Orlando has audio of that #SonicBoom reported across Central Florida around 5:17AM ET. It’s about 5 seconds in. @livenowfox pic.twitter.com/K1GefOHc2u

While on its nearly three-year journey, the spacecraft – for the first time – hosted a service module that carried experiments for the Naval Research Laboratory, US Air Force Academy, and others. The module separated from the vehicle before de-orbiting to ensure a safe landing.

Among the experiments was a satellite dubbed the FalconSat-8 that was designed and built by academy cadets in partnership with the Air Force Research Laboratory. It was deployed in October 2021 and still remains in orbit.

Another experiment evaluated the effects of long-duration space exposure on seeds.

‘The seeds experiment will inform space crop production for future interplanetary missions and the establishment of permanently inhabited bases in space,’ the military reported.

Naval Research Laboratory’s experiment ‘successfully harnessed solar rays outside of Earth’s atmosphere and aimed to transmit power to the ground in the form of radio frequency microwave energy,’ according to Space Force.

Now I know what has been keeping my son so busy.

My brother lives on the outskirts of Titusville and told me about the sudden booms this craft made and that nobody knew it was coming. Lit up the web for a while. He plans to be at the water front when/if Artemis launches this evening. He says like the Space Shuttles of the past, this one will rattle windows all the way to Jacksonville.