“The mass return of users who had been banned for such offenses as violent threats, harassment and misinformation will have a significant impact on the platform, experts said” 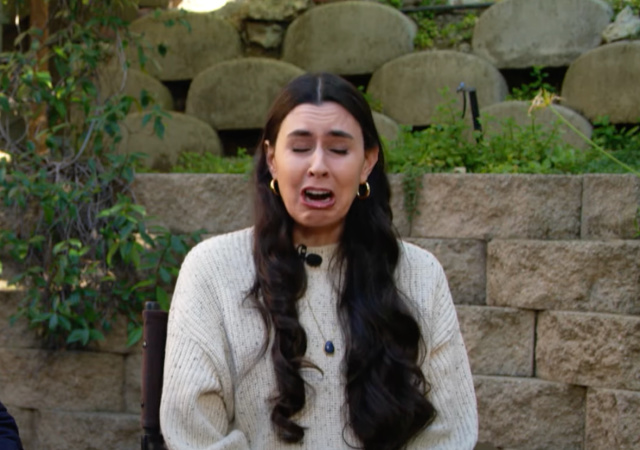 That Washington Post “technology columnist/reporter” Taylor Lorenz has sociopathic tendencies has been well-documented, with her doxxing the accounts of Internet users she doesn’t like and then her complaining when her “rules” are turned around on her.

So it should be no surprise to anyone that the latest target on Lorenz’s social media hit list is none other than Twitter owner Elon Musk, who greatly triggered Lorenz and her cohorts in the MSM and on the left earlier this week with his vow to grant “amnesty” to Twitter accounts that in the past were suspended.

As a result, Lorenz wrote a lengthy piece Thursday in which so-called “experts” (aka her friends in the left-wing media and academia) said in so many words that something must be done about it before it’s too late.

Among the sources quoted were far-left Media Matters for America (MMFA) president Angelo Carusone and Harvard Law School Cyberlaw Clinic instructor Alejandra Caraballo – a militant transgender activist who in concert with MMFA got Twitter to ban the use of the word “groomers” back in July “when it is used as a descriptor, in context of discussion of gender identity.”

After posting a Twitter poll asking, “Should Twitter offer a general amnesty to suspended accounts, provided that they have not broken the law or engaged in egregious spam?” in which 72.4 percent of the respondents voted yes, Musk declared, “Amnesty begins next week.”

The mass return of users who had been banned for such offenses as violent threats, harassment and misinformation will have a significant impact on the platform, experts said. And many questioned how such a resurrection would be handled, given that it’s unclear what Musk means by “egregious spam” and the difficulty of separating out users who have “broken the law,” which vary widely by jurisdiction and country.

“Apple and Google need to seriously start exploring booting Twitter off the app store,” said Alejandra Caraballo, clinical instructor at Harvard Law’s cyberlaw clinic. “What Musk is doing is existentially dangerous for various marginalized communities. It’s like opening the gates of hell in terms of the havoc it will cause. People who engaged in direct targeted harassment can come back and engage in doxing, targeted harassment, vicious bullying, calls for violence, celebration of violence. I can’t even begin to state how dangerous this will be.”

Babylon Bee CEO Seth Dillon pointed out that Caraballo’s claim is a lot like the pot calling the kettle black:

The same person who used this platform to call for violence against sitting Supreme Court justices is now quoted in the Washington Post urging Apple and Google to boot Twitter from the app store because what @elonmusk is doing is dangerous.

You can't make this stuff up. pic.twitter.com/qT3Nn2Rvlp

And while quoting Carusone, Lorenz conveniently left out the rabidly partisan, left-wing political nature of MMFA because of course she did:

Angelo Carusone, chairman and president of Media Matters, a nonprofit advocacy group and media watchdog, said that Musk’s decision could mean bringing back networks of individuals that include the American Nazi Party and “a whole bunch of 8chan, 4chan, conspiracy theorists who engage in harassment and abuse.” 8chan and 4chan are two message boards known for their racist and antisemitic posts.

Reversing the suspensions would mean “turning Twitter into a one-stop shop for operationalizing doxing and harassment, and an engine of radicalization,” Carusone said. “It’s a red pill Pez dispenser.”

As independent journalist Glenn Greenwald observed, there is but one goal in mind here for Lorenz and her ilk: To “Parler” Twitter out of existence because Musk has committed the crime of WrongThink—or, as the Associated Press not-so-subtly put it in their own story on Musk’s decision on suspended accounts, because “Musk … has been getting increasingly chummy on Twitter with right-wing figures”:

When Parler became the single most-downloaded app in the US after Trump’s banning, Dems like @AOC demanded Google and Apple remove it from their stores. They wisely obeyed and Parler was destroyed.

They’re trying to repeat this abuse of monopoly power to do this to Twitter. https://t.co/OafdVksJsg

Both Lorenz and WaPo took heat from other corners of Twitter as well for publishing what was a blatantly biased hit piece that they tried to legitimize by using “experts” who all conveniently agreed with them, with others pointing out that Lorenz and WaPo were reaffirming who they really were in the process:

genuinely don’t understand how you publish a headline like this and expect to be seen as unbiased. my god, the washington post is a complete dumpster fire. pic.twitter.com/gJpKlCeBKb

.@elonmusk/@Twitter is unbanning conservatives and cracking down on pedophilia. Meanwhile, mainstream media and The Experts™ are being further revealed for the politically compromised, leftist activists that they are. I'd say things are looking up. https://t.co/0lY9JdfDqW

Lorenz’s article quotes her unwell Harvard friend, a partisan goon at Media Matters, a UCLA professor whose pro-censorship insanity is off-the-charts, but not one person who thinks censorship is dangerous.

Including the other side is “journalism,” which is not what Taylor does. pic.twitter.com/yCOszSPSMy

And someone Lorenz tweets with on a consistent basis. What she does is not journalism. Lorenz is basically just quoting her friend and passing it off as some social expert via her employer, the Washington Post. https://t.co/aceZ1S041b

Musk, of course, is aware of what his agenda-driven critics are up to, and made the below vow in response to a suggestion he make his own smartphone:

I certainly hope it does not come to that, but, yes, if there is no other choice, I will make an alternative phone

The screams weren’t heard until those who had their own ox gored felt the injury. On target, I’d say.
.

This clown is not worth the energy to argue about.

Definitely has a lot more cats than friends.

Her “journalism” consists of her biased opinion and what she sees as she peers through her apartment blinds.

Please explain how “violent threats” are the same as mere harassment and how either of these is placed in the same category as the completely subjective category as “misinformation.”

No sane person could.

They want Twitter to be a nice, warm lefty safe space, complete with cookies, puppies and warm blankets.

I got a lifetime ban back in Sept of 2020 for calling Hillary Clinton an uncomplimentary name.

But I really have to laugh at the people who believe men can get pregnant worrying about misinformation on Twitter.

Twitter. Schmitter. Cry harder, witch. Come on over to GAB for some real fun.

Amnesty is one of those -mn- words that English gets the syllables wrong for. A-mnesty.

Maybe if we identified as illegal aliens…..

Taylor Lorenz is a dumpster of various kinds.

A smart phone that is neither apple nor google? I am in.

We have one thing going for us with regard to Musk. He’s normal. He has kids, has been married, runs businesses…. This bizzaro crap just gets in his way.

Normal. What I’m thankful for this Thanksgiving. What a blessing.

Yeah. She is a glaring example of the so-called ‘modern woman’. She is aggressive right up to the point someone disagrees, she’s tough until someone says no. Then she claims she is being bullied and attempts to play the victim. So much for being strong and independent. Sadly she is far from alone in her childish behavior.

She copied the tactic from the “get Parler” exercise, not realizing that we saw that, too.

It’s like Musk’s Twitter Safety Council. After the screeching that he “lied” he casually tweets out, that that council was part of an agreement with activists and influencers that they wouldn’t try to crash Twitter by extorting advertisers. “They lied.”

Like overt threats, doxxing and other extortionate tactics, over time even things like DDoS, hacking, spoofing and impersonation will leak into general law, and be treated as the crimes.

One court of public opinion frowns on “winning” by shutting people down, even if you are Amazon, or activist for some cause. Another sees no use in the speed bumps of law and rights until someone comes for them.

Parler wasn’t paranoid enough. When you want to build a platform that might not make crazy purple haired leftists unhappy, you probably shouldn’t trust them to supply your critical infrastructure.. Just saying..

Bongino has said that relying on Amazon Web Services was their biggest mistake. Never again.

The autonomy-oriented compute services are quite explicit about their ToS.

And grown-ups use “Hybrid Cloud” cutting across “hosting providers” and even their own internal infrastructure. You’re free of the threat of being shut down, if you can go elsewhere at will.

Most if not all those things are already crimes. The government simply spends no effort on pursuing them when they’re committed against “the right people.”

I shoulda remembered that, especially since I’m so entertained by the screeching about The Real Rocket Man, letting people on of off The Twit for *actual illegal activity.*

He’s going after pedophilia and trafficking, too. One wonders why there was any remaining to go after. (Also, Epstein didn’t kill himself.)

Aren’t all those things what leftists do as a matter of course?

Instructor? Not the COO of Apple and Google? Or even one of them?
My my, your quiver of minions is looking decidedly depleted, totalitarian. And your bananas are looking really, really brown.

Why, yes. And it’s damn time, too.
I hope it burns. BURRRRRRNS!

Probably spends most of his(?) time turning down white and Asian applications to Harvard.

WaPo should open up a branch in Beijing. It would fit in perfectly.

Especially when it is demonstrable misinformation.

Lorenz is a primary example of the fake media

Lorenz is the walking of a MIdwit Wine Karen Bully.

walking definition sounds a little better. wish this platform would let you edit your posts

Instead of fighting, it became “use your words!”

Then it became “your words are offensive!”